Seventeen ladies took the stage for a chance at Arnold glory. Champ Candice Keene reclaimed her crown and proved she's here to stay.

Candice Keene joined an elite cadre of figure competitors tonight by winning her second consecutive Figure International title. What could have been a close race between previous winners Nicole Wilkins and Erin Stern became a crowning moment for Keene when Stern withdrew and a shoulder injury left Wilkins out of the running. But no matter whom she was facing, Keene came to win.

She brought to the stage a streamlined physique with rounded shoulders and significant muscle tone. Even her abs, usually her weak point, looked as strong as ever. Coupled with a calm yet confident air, she was a shoe-in.

And this might not be the last year Keene reclaims the crown. When asked by Arnold in her post-victory interview if she'd compete again, she replied with a definite, "Of course. I'll be back." 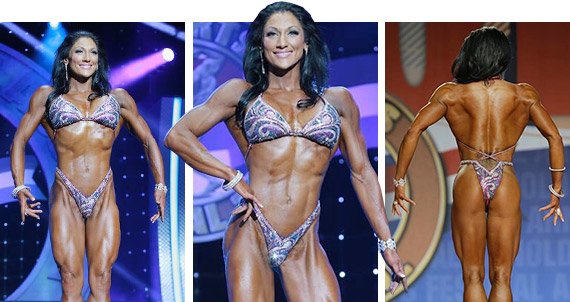 During the prejudging it appeared that Keene and Dees were battling it out for the top spot. But in the minds of many, the result was never in doubt.

When we spoke, Candice said she hadn't been listening to the chatter that she'd again be crowned the victor, saying that it was easier to just focus on nailing her routine. Tonight, she proved that practice made perfect. "Last year, I won on my birthday," she told Bodybuilding.com. "This year, my birthday falls on Saturday, but, if I win, I'll consider it my birthday." 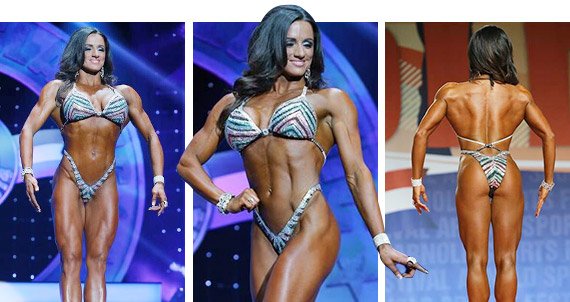 Last year's runner-up Heather Dees reclaimed second. She didn't nab the coveted winner's position, but she held her own and looks poised for future success with strong delts, a tapered waist, and a stellar quad sweep. While she's refined her physique over the years, a her midsection and muscle tone will need to go to the next level to put her on par with Keene.

The Rest of the Best

Camala Rodriguez earned third. She looked both muscular and feminine and rode the line between beauty and brawn. While her history as a fitness competitor means she has more muscle than some of the other ladies, she knew how come in conditioned but not overly muscular. "I've always done really well in the physique round, but not as well in the performance round, at least according to the judges" she said when I asked about her reason for switching divisions. Clearly, her decision is paying off.

St. Louis native Ann Titone finished fourth, an impressive jump after last year's 11th-place showing. Her well-balanced shape definitely contributed to her high marks. Ann added size to her upper body and filled out her quads this year and was fresh off a slew of 2013 wins, including a top-six finish at the Olympia. The Missouri beauty further cemented her spot among the best in figure competition.

Candice Lewis came in conditioned and symmetrical, and was a definite standout at fifth place, even though it was a step down from last year's third-place finish. Gennifer Strobo rounded out the top six, her best finish in three tries at the Figure International.

The 26th annual Arnold Sports Festival brought fierce competition in the worlds of figure and fitness. Read on to see how it all played out!

2014 Fitness International Preview: Who Will Claim The Crown?

Fourteen women are poised to battle for the 2014 Fitness International. Tanji Johnson will defend her crown against a tough lineup. Check out our preview and predictions!