15 Things That Made Arnold Schwarzenegger Great

With all of his diverse triumphs, it feels like Arnold is five or six men wrapped up into one. Here are the secrets of his unprecedented success, as recalled by his former training partner Ric Drasin!

I still remember the first time I walked in the door at Gold's Gym in 1970. I had been training at Bill Pearl's gym in Inglewood for most of the past year and seeing great results, but a few of my friends had convinced me to make the switch. I was trying to make my name as a wrestler, not a bodybuilder, but I knew this was the place to build an elite body.

Right away, I saw greats like Dave Draper, Frank Zane, Ken Waller, and Eddie Giuliani training together. Then I saw Arnold. Come to think of it, everyone noticed when he came in the room. He was about 260 pounds, huge, and in great shape. We had met once before, but once I was at Gold's, we quickly became friends and started doing some chest and back workouts together. We were on the same page with training, and even better, had a similar sense of humor.

Over the next few years, I had a unique window into what drove Arnold during his peak competitive years, as I've often discussed on my online show Ric's Corner. He was able to achieve things that no one else from our community did, and it wasn't by accident. Here's what made Arnold—the bodybuilder, the star, and the man—great.

He loved to train

Sure, the workouts we did were hard and grueling. But we also knew that training is supposed to be fun, so we made it that way. Arnold trained hard, and there were no secrets to his gains other than pounding out the sets and reps with good heavy weights. Of course we all eventually had injuries to deal with that changed the game, but in the early days, there was nothing more fun than intense, heavy training with classic movements.

He used variety—but not too much

Arnold liked to vary the exercises and throw in new movements weekly to change things up, but the sets and reps usually stayed pretty consistent. The Arnold Blueprint trainer is a good representation of the sort of work he did. Nevertheless, he knew that there were some movements that always needed to be a priority. For instance, we would occasionally compete in bench press, primarily because Arnold was so competitive and I always had a slight edge on that lift. My best was 455 pounds, and I think his was around 440.

Today, it seems like nearly everybody in the weight room has built a wall around themselves in the form of a pair of headphones. This is even more the case when it comes to cardio, where you watch TV while you work the treadmill or bike. Talk about solitary confinement! Back in our day, there were none of these machines, and "cardio" was a run on the beach. It was fun, social, and as Arnold has said recently, it was the best way to build a tan that didn't suck.

He relied on proven nutrition principles

When we were training at our peak, supplements were pretty limited. Sure, we had protein at times, but that was about as far as it went, so most of what we built was powered by eating real food—and good food. I'm talking about high protein, high fat, and limited carbs, like nutrition experts are starting to advocate more and more these days. Funny how it all comes around. 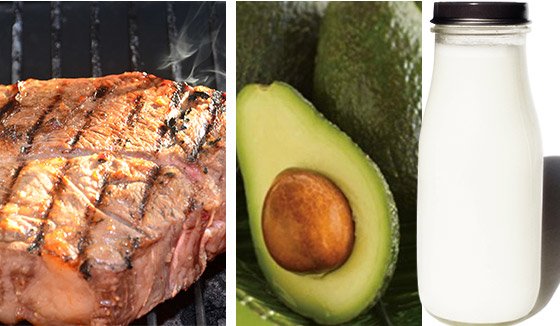 "Most of what we built was powered by eating real food—and good food. I'm talking about high protein, high fat, and limited carbs."

Our hangout was Zucky's Delicatessen in Santa Monica, and everyone there knew us—especially after Arnold began dating the hostess. Every night we would head over for a cheese omelet, our final helping of protein.

He learned from his training

People talk about someone having a "winning personality," but until they've met Arnold, they've never really seen it in its purest form. He approached every situation with the expectation that he would get what he wanted, both inside the gym and out.

He trained hard, ate right, and saw his future place in a bigger picture. He knew discipline was the key if the end result was going to be good. He paid his dues overcoming a language barrier, becoming a United States citizen, and learning his way in a new country. From the start, the gym was his home base and most comfortable environment. Once he found his way there, he attacked everything else in his life in the same way.

Arnold was a great negotiator and would make deals with companies around the world to use his name as it grew. He'd get supplements, cars, and just about anything else he'd ask for. His charm was the key to his greatness. He could charm anyone out of anything, and people really liked him. I haven't seen anyone like him since. Bodybuilders today could really learn from this, although it was really just his natural way.

Arnold had the personality and charisma to attract people, and he loved every minute of it. He was very good at getting attention, but he was also attentive to others, which made everyone feel comfortable around him. Although he was huge and imposing, his personality was the opposite.

My mom, who lived to 97, always told her friends about the time I brought Arnold over to her house and she made dinner for him, me, and my grandmother. He and my grandmother were from the same city in Austria, and it was quite a fun night where they had a lot to talk about. Both my mother and grandmother remembered that night for as long as they lived, but not just because Arnold was famous. It was because he made time for them, and because he was a fun guy, a great listener, and a natural storyteller.

People sometimes portray Arnold as a kind of egomaniac, but the truth is that he was very generous when it came helping others. He introduced me to Rheo Blair, who at that time was the guru of supplements and famous for his Blair's Protein, which was the best around and the most expensive. He set me up with Blair to do modeling with product ads in exchange for free supplements. Every month I could load up, and this was due to Arnold. He didn't have to do this; he simply wanted to help me. 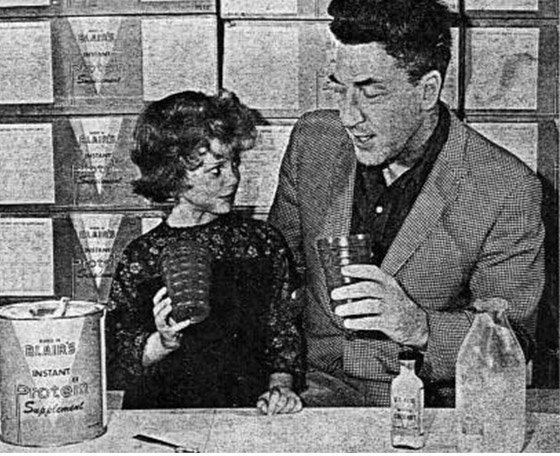 He wasn't afraid to fail

One day Arnold mentioned that he had a movie audition and asked if I would go with him, since there may be a role for me. I agreed, and later that night we drove up to Burbank. The dialogue was kind of biblical-sounding, complicated, and hard to read. Arnold stumbled over the words, and we both ended up laughing our way through it.

The producers didn't really care, because they liked Arnold anyway. We got back into the car and Arnold asked what I thought about it. I told him that he sucked and should forget acting altogether. Little did I know who he would become.

He wouldn't take no for an answer on any level, and he had extreme confidence when asking for something. I took a ride with him out to Joe Weider's office to collect some money for expenses. When we got there, Arnold asked Joe for a check, and Joe tried to hold him off. Arnold responded by reaching into Joe's jacket, pulling out the checkbook, and filling out a check. Then he said, "Joe, sign it." Of course Joe did. Arnold was incredibly persistent when going after something he wanted, and Joe loved Arnold, so it always worked out.

His sense of humor

As countless people can attest, Arnold was great at helping people in the gym, even when he didn't know them. However, his sense of humor would sometimes get away from him. Once, he took one of the gym members up to the dressing room and had him pose naked, screaming when he'd flex his biceps and growling when going into a most-muscular shot. He also had the guy pose and rub down with motor oil. I'm sure the guy felt pretty stupid afterward, but in the long run, hijinks like these helped make the gym a more fun place for all of us to spend so many long hours.

At some point during the years we trained together, Arnold decided acting was the next thing for him. He had a vision of where he could take it, and he studied acting and put his best effort into it. He also began rubbing elbows with the right people, and sure enough, when doors opened for him, his charm took him through those doors to greater things. 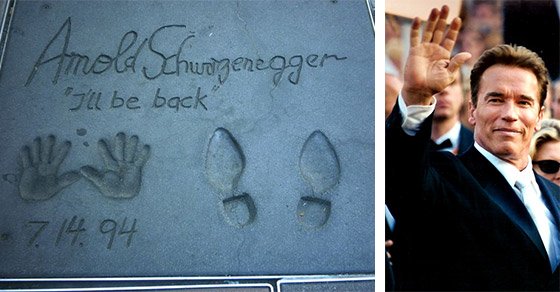 "His drive, focus, and discipline were far beyond the average person, and he could apply these attributes wherever and however heneeded in order to achieve his goals."

But here's the amazing part: His bodybuilding didn't suffer at all as a result. He still competed in and won Mr. Olympia while pursuing acting and thriving in numerous other moneymaking projects. His drive, focus, and discipline were far beyond the average person, and he could apply these attributes wherever and however he needed in order to achieve his goals.

He was always Arnold

As Arnold's success in bodybuilding turned into success in films, he began meeting and befriending more and more influential people. At that point, he went off in a different direction from the rest of us at Gold's Gym, and a different group of people gathered around him. It changed again once he got involved with politics. But Arnold was always Arnold. Every once in a while, he would show up at a memorial for one of our friends, and it was the same old Arnold around us, as just one of the guys.

Every now and then, he still shows up down in Venice on his bike or in his car, and he's incredibly open and friendly to every kid and fan he meets down there. Just like in the old days, pretty much everyone who crosses paths with him remembers it afterward with a smile.

He stuck to his roots 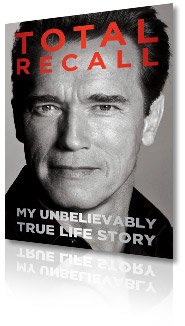 It's amazing that after all those years and all his accomplishments, Arnold has always kept his love for bodybuilding. At a time when he was a huge movie star, he still found time to write books that explained exactly how to achieve their physical potential. And today he's still at it, promoting the Arnold Sports Festival in the states and abroad, living the fitness lifestyle and doing what he loves best.

He wasn't afraid to grow

He's the only person on Earth who has succeeded dramatically in the worlds of bodybuilding, film, and politics. He had one of the best bodies in the world, was one of the largest box office draws in history, and became Governor of California in a landslide victory. None of these things happened by accident. They all took a lot of work and study. No one handed anything to him; he worked hard for all of it. And the prize is that his name, face, and body are recognized around the world.