The Protein Pioneer: Lessons From A Golden-Age Nutritional Guru

Think the high-protein, high-fat, low-carb lifestyle is a new invention? Not even close. Nutritional guru Rheo Blair was pushing a visionary protein shake back in the 60s! Here's what you can learn from this supplement industry legend.

I love studying the roots of the iron game, and of bodybuilding in particular. I've written articles in the past about men like Harry Paschall, Peary Rader, Vince Gironda, and Arthur Jones, who forged the way for the rest of us. These were authentic training experts who knew their stuff in the gym. But when it came to nutrition, there weren't many gurus. 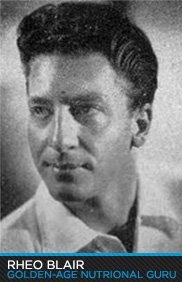 One of the few names that still rings out across the years is Irvin Johnson. You may know him better as Rheo Blair. Or you may not know him at all—but you should.

Blair's nutritional ideas were revolutionary for his time, and advanced even for ours. His views on protein and fat were visionary, and he was one of the original low-carb diet advocates. He was also the first to push a milk-and-egg protein supplement for building-muscle, during a time when cheap and inferior soy-based powders were the only retail option. A countless number of individuals, from competitive bodybuilders and highly paid celebrities to extremely ill patients, experienced success following the nutritional guidelines set out by Blair.

Was he perfect? Far from it. There were important nutritional ideas that we know well now, but that were still far beyond the horizon when he died in 1983.

As such, he advocated some supplemental approaches that modern science contradicts. In other words, he was a man; a complex mixture of timeless wisdom and cautionary tale. Here's what we can learn, for both better and worse, from this supplement legend.

Protein was the foundation of the Blair philosophy. As he put it: "You are made of protein, so a protein diet builds you better!" In a nutshell, he proposed the following rules:

Blair was adamant that the ultimate food steroid was mother's milk—nothing more, nothing less. However, since shoving the baby aside while the wife is half-asleep wasn't an option—and still isn't—he set out to create the next best thing by combining animal proteins with supplements, or as he called them, "food concentrates." 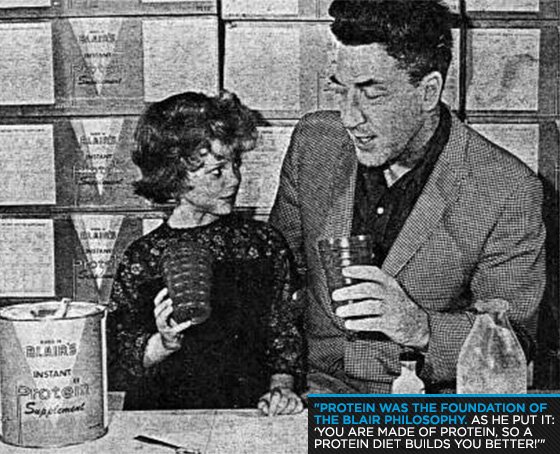 His perfect man-made anabolic meal consisted of milk, cream, eggs, and of course, some of Blair's own brand of protein powder. If that concoction sounds a bit thicker than the average protein shake, that's no coincidence. Blair called it "protein pudding," and he suggested that it be consumed throughout the day in many small meals, so that the stomach was never overloaded. After all, this is some seriously rich stuff.

The reason for all the fat, Blair stated in his book Protein Way of Life, was to try to replicate the protein/fat balance of milk in its natural state. "Nature seems to indicate that protein and fat should be taken in even balance," he wrote. "By mixing the protein [powder] with half whole milk and half heavy cream, we restore some of the fat removed during processing, and we achieve a product more normally balanced as to proportions of protein and fat … One may use the protein in pure cream, with no milk at all!"

I came up with my own concoction over the years. I'll sit down and eat it slowly; it can take me easily a half hour or more to finish off a rather small serving. And to aid digestion, I'll take some betaine HCL and broad-spectrum enzymes with my meal, just like Blair recommended many moons ago. 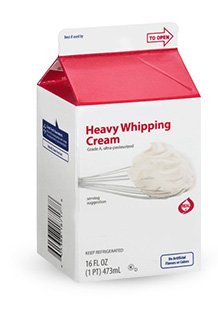 Sometimes I'll add organic blueberries or a touch of raw (unpasteurized and antibiotic-free) honey. Occasionally I'll add some protein powder to the mix, but it's not crucial, because there's already a lot of protein in there.

This meal—really, it's more like a dessert—sits well in the stomach, unlike some popular bodybuilder standbys that sit like a brick. Plus, I swear it builds muscle! In my experience, it also makes for a great snack before bed.

It wasn't all about protein for Blair. In order for an individual to meet their nutrient requirements, he recommended as many as 500 supplement pills per day. One of those supplements was calcium, which he advocated to be taken with meals, especially when consuming red meat, to improve the calcium-to-phosphorus (Ca:P) ratio. Blair believed that the high phosphorus content of meat could disrupt an ideal ratio of two parts calcium to one part phosphorus, and could cause "phosphorus jitters" in the form of anxiety, fatigue, insomnia, and restlessness.

The calcium supplements that Blair sold, Calcium Plus and Calcium P-F, listed servings of 2-5 pills per day, but Blair and his pupils were known to pop handfuls of the stuff. Author Howard Sanford Young recalled this vividly in an article for Iron Man magazine in May 1967: "What did Rheo have for lunch? Well, first of all we entered the restaurant with Rheo carrying a bottle of hydrochloric acid tablets and some calcium capsules. He placed them on the table and then proceeded to order some ox-joints for all of us." 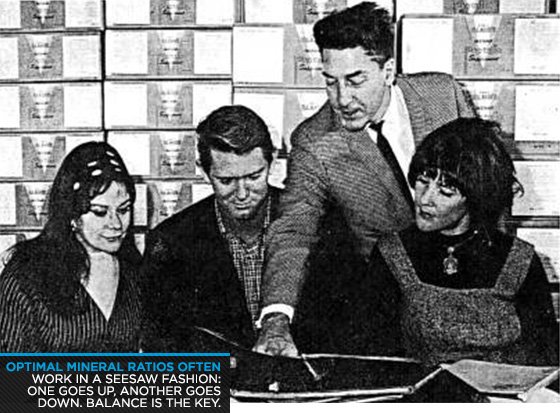 The writer and health investigator Chris Kresser provided a great review of the literature, but suffice it to say, the "burst" of calcium from a large supplemental dose has been linked to drastic increases in cardiovascular disease, prostate cancer, kidney stones, and general mortality rates. Smaller doses seem to pose less risk in studies, but the science definitely seems to indicate that this is one nutrient best left to your diet.

It makes you wonder if popping all those calcium pills had something to do with Blair's untimely death at the age of 62. Up until now, there's only been speculation—some say hepatitis, others say heart disease—but we'll likely never know the real answer.

While I think Blair was right to look at nutrient balances and deficiencies, he was barking up the wrong tree with calcium. Getting adequate calcium levels from diet alone is usually not a problem, especially if you eat fairly clean and consume foods such as dark green leafy vegetables (spinach, kale, collards, bok choy, broccoli), seeds and nuts (sesame seeds, quinoa, almonds), and fish (sardines, salmon, perch, rainbow trout). Bone broth is probably the best source of calcium around, but only if you add a splash of vinegar to the stock before cooking to pull the minerals out of the bone. And if you're worried about bone density, routine weight training should keep you in a positive calcium balance.

I'm of the opinion that magnesium, not calcium, may be the missing nutrient for bone and cardiac health and muscle growth. Along with zinc, it is perhaps the most common nutritional deficiency, especially among athletes. Our filtered water and depleted soils can help lead to a magnesium deficiency, but excessive sweating and stress are also known to deplete this crucial nutrient, so getting to a high-normal state can be difficult. Blair knew about magnesium and prescribed it to clients when they went on his nutrition program, but he did not include it as part of his retail line because, he said, "the dosage was so high, the FDA would probably not pass it!"

ZMA, a supplement made of zinc plus magnesium and vitamin B6, is a common solution to this nutritional deficiency. This makes double sense, because zinc is another mineral that is highly deficient in today's society, especially with athletes. And by the way, calcium can reduce zinc absorption by as much as 70 percent, which is why most ZMA labels state something like, "For best results, avoid taking with foods or supplements containing calcium."

However, while ZMA can be beneficial, don't take it blindly. I recommend cycling on and off it periodically to allow the body to normalize. Staying on forever without testing simply because you believe you should is like putting on a blindfold and throwing a dart. You have no idea where it's going to land. So instead of clubbing this weekend, take that money and consult with a healthcare professional to help you get on the right track.

The bottom line is that too much or too little of any important nutritional mineral is not ideal. There are optimal ratios that should exist among minerals, and they often work in a seesaw fashion: one goes up, another goes down. Balance is the key.

In practice, this means that supplementation may be fine for a period of time—one month, two months, possibly even three months depending on the level of deficiency—but staying on any particular mineral for an extended period of time may be detrimental to your health and longevity in ways that you're not qualified to diagnose. If that doesn't scare you there's this: it may negatively impact muscle size and strength!

Rheo Blair was right on when it came to many nutritional concepts, but he may have been dead wrong about others. The lesson for the rest of us is to not go overboard with particular nutrients, but rather to stay open-minded, abreast of research, and well rounded in our diets. Think about Blair's perfect food, breast milk: it isn't one thing; it is many wonderful things mixed together into an elixir for life and growth.