If you really want to take your results to the next level, it's important to expand your horizons and look at new supplements that may lead you down the right path to getting good results. ZMA is one of those supplements.

When most people think of supplements that are designed to help you build maximum amounts of muscle, they think about ones such as creatine, protein powder, weight gainers, or testosterone boosters. These supplements are much more mainstream, and are typically discussed to a larger extent among most gym-goers.

If you really want to take your results to the next level however, it's important to expand your horizons and look at other supplements that may offer a number of benefits to lead you down the right path to getting good results. ZMA is one of those supplements. Often overlooked by many, this supplement offers great promise for helping you take one step closer to reaching your goals.

Here are some of the top reasons why you should give ZMA some serious consideration. 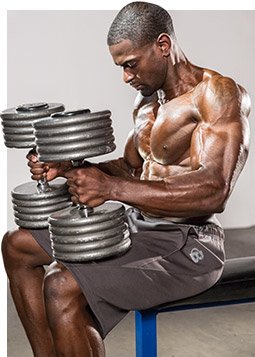 "The general rule of thumb is that if you're feeling fine from the neck down, you're able to pursue that workout."

Almost everyone has had this happen before—you're lying in bed, sick, contemplating whether or not you can make it to the gym to get to your workout. The general rule of thumb is that if you're feeling fine from the neck down, you're able to pursue that workout. If your body aches, your movement feels sluggish, and getting out of that bed feels like a workout in itself, you'd better skip that gym session and rest.

Having this happen too often will really put a damper on your ability to train well. You need to do what you can to keep your immune system strong, so illness doesn't keep you out of the gym regularly.

One study that was published by Wayne State University School of Medicine suggests that zinc supplementation has a positive effect on decreasing levels of oxidative stress and reducing inflammation throughout the body.

Since one of the primary components of ZMA is zinc, adding this to your supplement protocol may give you a better chance of warding off the common cold, as well as any other illnesses that may try to suppress your immune system.

Another reason to consider adding ZMA to your daily diet is because zinc happens to be one nutrient that many people do fall short in while consuming a typical mixed diet. The greatest sources of zinc are oysters, beef shanks, crab, and pork shoulder, all of which are foods that don't typically get eaten all that often.

One study published in the Nutrition journal assessed the overall food intake, body composition, and biochemical profile of endurance athletes. The study found that, while overall protein intakes were sufficient among the athletes, they were short in a few key nutrients, zinc being a primary one. 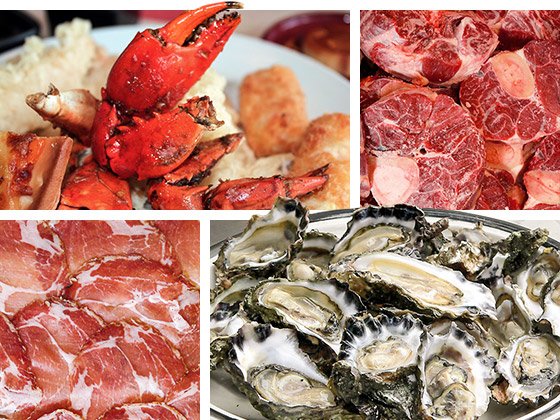 "The greatest sources of zinc come from oysters, beef shanks, crab, and pork shoulder, all of which are foods that don't typically get eaten all that often."

Other nutrients the athletes were reportedly short in included magnesium, potassium, vitamin E, and calcium, all which play important roles in muscular contraction. If you are not taking in adequate volumes of these nutrients, you will see a negative carryover on your athletic performance.

Another important factor impacting zinc concentration levels in the body for those who are involved in intense exercise is zinc loss through sweat. One study published in the International Journal of Sports Nutrition and Exercise Metabolism looked at the iron and zinc loses through sweat over a two-hour exercise bout.

The researchers found that while iron losses were only 3 percent in men and 1 percent for women, zinc loses were much higher, coming in at a total of 9 percent or RDA for men and and 8 percent for women.

This demonstrates that, after a hard workout session, you may see much higher proportions of zinc lost through sweat from the body than other minerals, necessitating the need for replacement. The body may have conservation methods in place to retain the iron in the body during exercise; however, the same cannot be said for zinc.

It's very well known that testosterone is one of the most predominant hormones to act in the body with regards to muscle-building. Generally speaking, the higher the levels of testosterone you have moving throughout the body, the greater your chances of synthesizing lean muscle mass will be.

Zinc is a mineral that appears to be correlated to testosterone in males; therefore, it's one that should have an impact on your overall progress. In one study published in the Journal of Human Reproductive Sciences, researchers discovered that consumption of 5 mg per day correlated with higher levels of testosterone present in the body.

Most ZMA products on the market contain at least this level of the mineral—if not more—so it should be easy for you to achieve this dosage through supplemental use. 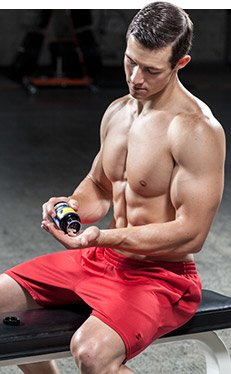 Finally, the last reason to add ZMA is because studies have shown that utilizing zinc supplementation can help increase the concentrations of both thyroid hormones and testosterone, both at rest and after exhaustive exercise.

One study looked at the impact of oral zinc supplementation for four weeks in previously sedentary men. The study found that, after the four-week period was up and exhaustive cycling exercise was performed, the levels of thyroid hormone and testosterone were not as low as they previously had been prior to supplementation.

Since thyroid-regulating hormones are what control your metabolic rate, and your metabolic rate plays a critical role in how quickly muscle is built (this rate essentially drives protein synthesis and other reactions in the body), the faster the metabolism is going, the greater the likelihood you will build muscle mass or burn off body fat, depending on the diet that is consumed during this time period.

So be sure you don't overlook this supplement. It's a very cost-effective way to promote further gains from your workout and also help keep your body feeling as good as it possibly can.