The Perfect Rep Scheme For Strength And Size

Power training isn't just for competitive athletes: It can do wonders for your physique as well! Cast a bigger shadow with this world-class program from renowned coach Charles Poliquin. 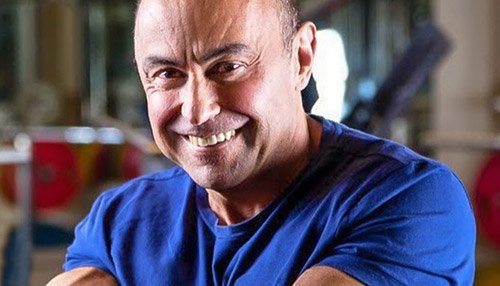 A lot of trainees I talk to want to be stronger and look stronger—in that order. They don't want to look like some over inflated balloon ready to either pop or float away. They're after the look of power—a look that visually demands respect, not ridicule.

A few years ago, I'd hear the physique of powerlifting champion Roger Estep or Olympic lifting superstar David Rigert cited as the ideal of this look. More recently, people point to my good friend and teaching colleague Dmitry Klokov. These physiques feature lots of muscle, but useful muscle.

It's a look you can't fake, earned through heavy weights and a dedication to the fundamentals of power and strength. You can earn your version of the look, but you'll have to do it the right way.

Drop the Reps, Up the Sets

At my seminars and certification courses, I often get asked for the perfect rep set to build size and strength simultaneously. My answer: 1-2 exercises per body part, 7 sets of 3-5 reps, 30X0 tempo.

If lifting with tempo is new to you, the first number (3) is the eccentric motion, or lowering of the weight. The second number (0) signifies a pause in the stretched position. If it's zero, there's no pause. The third number is the concentric tempo; an X there means to lift explosively. The fourth number (0) is the pause at the top of the movement, or in peak contraction (again, no pause in this case).

Charles R. Poliquin What is Tempo
Watch the video - 2:10

Those 8 reps you've been performing explosively on the way up and the way down simply don't have the same training effect as if you perform them with a couple of strategic pauses or counting along the way. This simple addition will dramatically boost both time under tension, and in most cases, the effectiveness of your training.

Of course, the reps and tempo don't tell the whole story, because exercise selection has plenty to do with the results you'll get, as does technique, but this is where it starts. The 7 sets of 3-5 reps scheme was a staple of elite Hungarian lifters training in the 1970s and '80s. Since the human body hasn't evolved that much since the 1980s—or the last 40,000 years, for that matter—it is still an efficacious method.

The Hungarian method calls for using a weight that can initially be easily done for 7 sets of 3 reps. Start there, and only increase the weight when you can complete 7 sets of 5. No missing allowed. Be patient, because this will take discipline. Even though low reps prescribed are not known for being the best reps for gaining size, the sheer volume of sets makes up for it.

As the limit of 1-2 exercises attests, you'll need to stick to "most bang for your buck" exercises. No room for flies and kick-backs here.

In both of these moves, make sure your elbows are held up high and in so that the barbell rests in the proper groove. Aside from that, I'm not going to try to teach you how to do a power clean from the floor in a sentence or two here. I've been advocating this movement for decades now, there's nothing better to build size and strength on your traps and erector spinae. It's worth your while to have someone knowledgeable teach you proper technique. 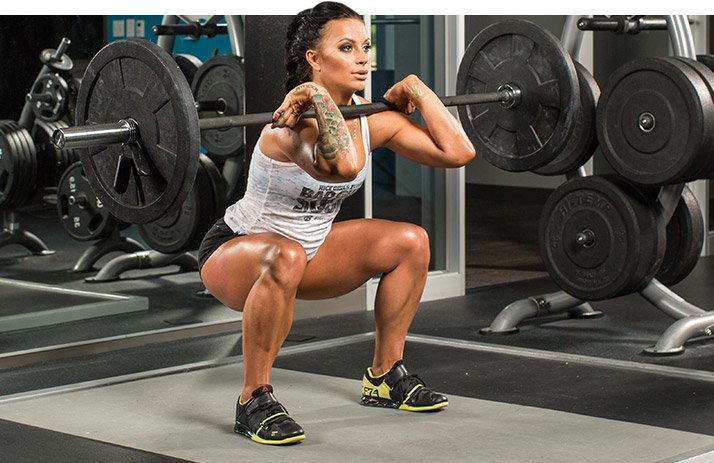 Make sure your elbows are held up high and in so that the barbell rests in the proper groove.

Parallel-bar dips are great, but if you have the option, perform them on a convergent bar, also known as a V-bar. Experiment until you find the right groove in the V-bar, such that when you go down for the eccentric range, your biceps are in full contact with your forearms at the bottom position.

Lean-away pull-ups, on the other hand, look more or less like normal pull-ups for the concentric portion. After your chin has cleaned the bar on the concentric range, push yourself away so that the subscapularis engages. You can perform these on a bar or other stationary grip, but they're especially great performed on rings.

The power snatch from blocks is another great exercise to give your traps and back the look of power and the strength to match. From experience, I can say the more lower-back work you do, the faster the overall musculature grows. That is what former East German lifting coaches called the "irradiation effect."

Where is the research on this? Nowhere. Orville Wright didn't have a pilot's license either. This just comes from sheer observation: years of strength coaching and paying attention to athletes' training journals and long-term progress.

The quad squat on this day is a unique variation you likely haven't tried before. Your heels are elevated 4 inches, with the feet in a narrow stance, around 4-6 inches apart. Make sure to keep your elbows under the bar to keep a more upright stance, which isolates the quads better. In my experience, it's one of the best ways to boost not only the size of the vastus medialis or "teardrop" muscle, but also overall leg size.

I recommend doing the curls with your back against a post so that body English doesn't interfere with putting maximal tension on the muscles. Make sure your upper arms remain motionless for the first 90 degrees of elbow flexion. Otherwise, the anterior deltoids are doing far too much of the work. 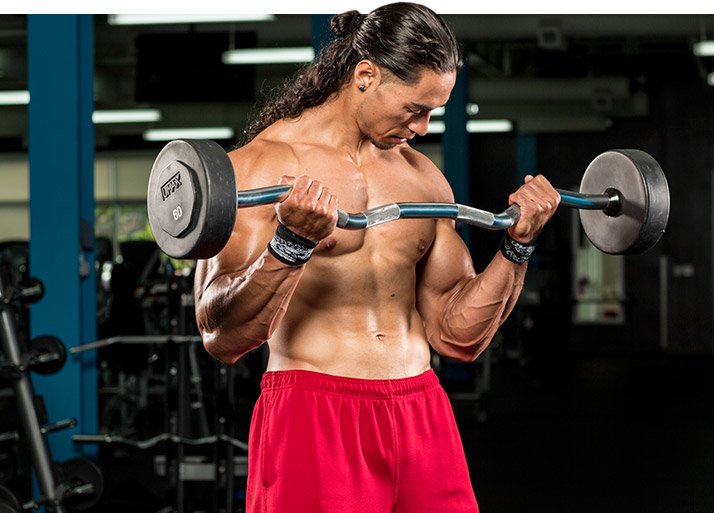 Make sure your upper arms remain motionless for the first 90 degrees of elbow flexion.

The presses are done with the barbell resting on pins a few millimeters off your chest in a power rack. This ensures full range and maximal tension on the triceps, as you have to break inertia on every rep.

Why a thick bar for the bench press? Simple: You gain muscle and strength far faster with thick grips than without. If thick bars aren't an option for you, invest in a pair of Fat Gripz instead. They'll do wonders for your curls as well.

How to Periodize This System

I suggest you do this program for 30 days: six cycles of five days followed by a rest day. For the first four cycles, do the 7 sets of 3-5 reps. For cycles five and six, go down to 5 sets of 3-5 reps. This reduction in volume will allow you to increase the load on the bar, furthering the strength and size adaptation. Of course, this unloading only works because of the overreaching caused by doing the full 7 sets for first four cycles.

Now, before you ask, yes, you can do some remedial work at the end of each workout—grip work on Day 4, calf work on Day 3, and so on. About 20 minutes should suffice. Just don't let it get in the way of the important work.

Do it by the book, and you'll soon see why this is one of my favorite programs when you want to build both size and strength. Many of my Olympic medalists have used it in preparation for the games, and I'm confident it will work for you as well.

Charles is known worldwide for producing faster athletes. When a country wants a Gold medal, they come to Charles.