The early '90s brought us a slew of incredible rock songs. Because of tracks like Nirvana's "Smells Like Teen Spirt" and The Smashing Pumpkins's "Zero," rock bands moved from small counter-culture concerts to broad-audience radio airwaves. And once they got there, bands and their hit songs proved to have a whole lot of staying power.

Despite the prevalence of boy bands and Taylor Swift on the radio today, '90s rock is still relevant, especially to those of us who like to hit the weights hard. Don't believe us? Just stand a little closer to the guy deadlifting ten plates, and you'll likely hear the thick sound of guitar strums blasting from his headphones.

Whether it leans toward the harder alternative metal sound or treads a fine line between punk and garage, rock is all about the attitude. If you think you can do it, and surround yourself with an air of confidence, then you can.

Each of these training songs is sure to get you amped up for a workout worthy of a good basement-moshing session...and a bout with heavy iron! 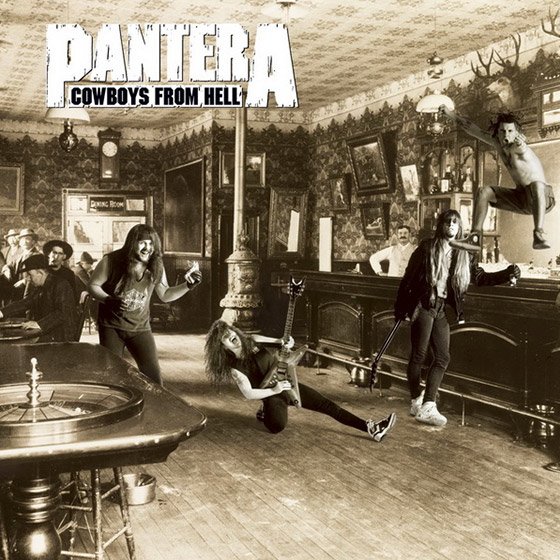 Who needs a western when you can experience these guys? Hit the gym ready to make gains and take notes from these cowboys from hell; be that bad guy in black and take over the town. No matter what you do, don't let them lock you in your cage. 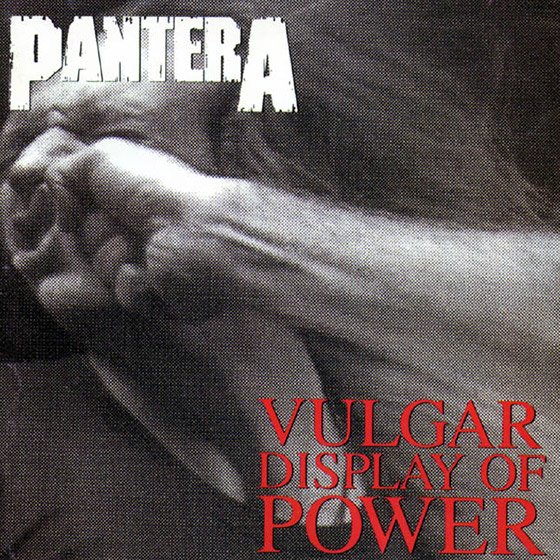 Yes, we're talking to you. Take this lesson from Pantera: Be yourself by yourself. Don't let anyone get under your skin. Be proud of that body you worked hard for, and make them respect the walk. 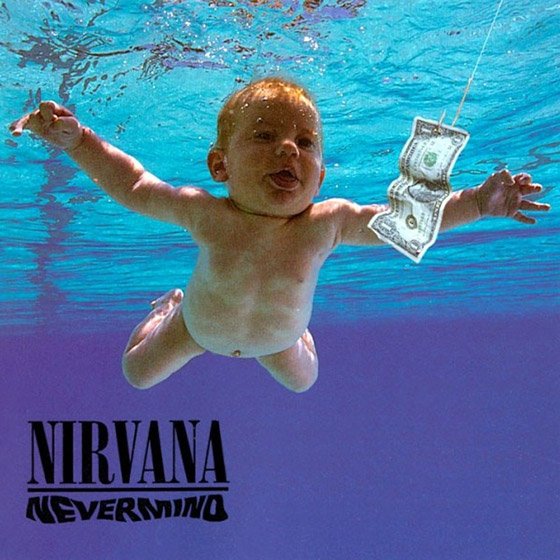 That intro: the Converses, the cheerleaders, the pompoms, the janitor rocking out in the back ... What's not to love about this Cobain classic? Wear your threadbare cardigan, hit the gym, and sweat until you smell like the spirit. Whenever someone asks "How low?" remember that the answer's always "below parallel." 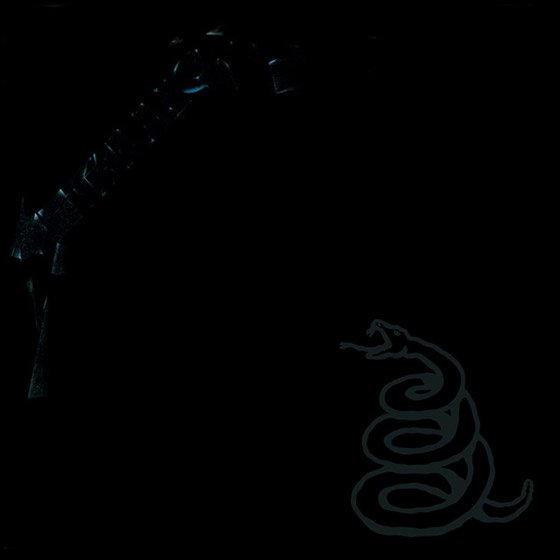 This classic's bound to get you going. Turn it up, tune in, and head off to Never-Never Land.

Note to self: Make sure to get eight hours' worth of Z's a night (preferably with both eyes closed). 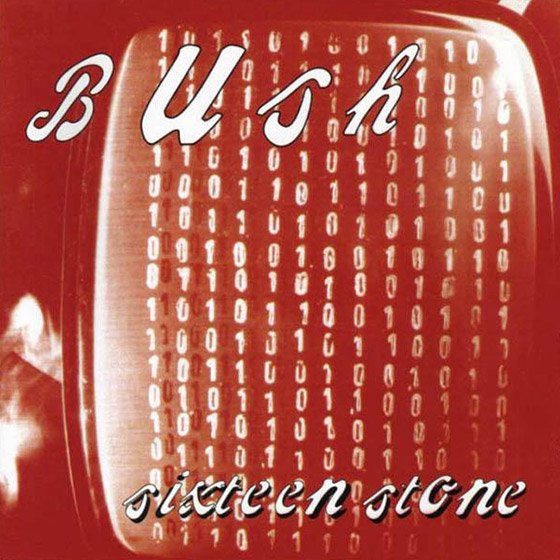 In addition to helping you establish a steady breathing rhythm with their helpful repetition of "breathe in, breathe out," Bush's "Machinehead" pushes you to go for one more set. Do it. Dig deep and chase that electric light. 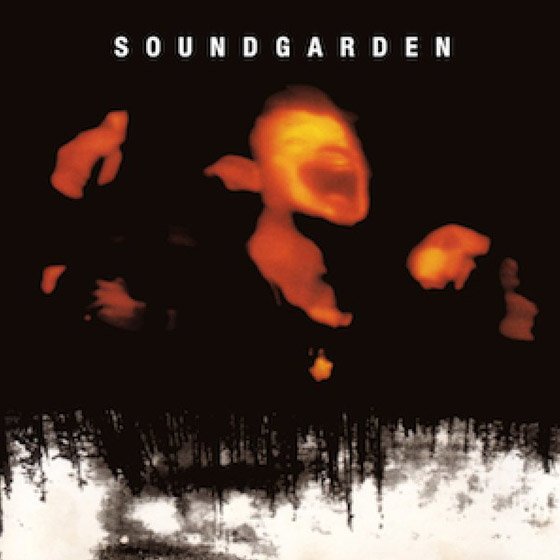 It's not a knife, it's not a fork, it's not even a spork. We're talking about the clearly superior utensil: the spoon. You can use it to eat and, as Soundgarden has shown, to make melodic clacking sounds. It's really the one thing that makes all other instruments obsolete. Just make sure you have a full set: We're talking tablespoon, teaspoon and, yes, even that serving spoon for good measure. 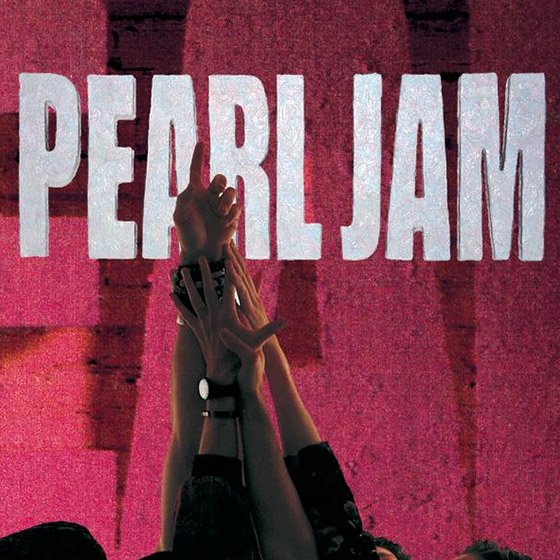 Mosh pits, flannel, long hair, and cargo shorts. Oh, and head banging. Put one of your favorite Guitar Hero songs to work in this game called life. Whether you're kneeling during crunch pull-downs or just praying for dem gains, make moves. Don't wait for "someday to begin your life again." Do it now. 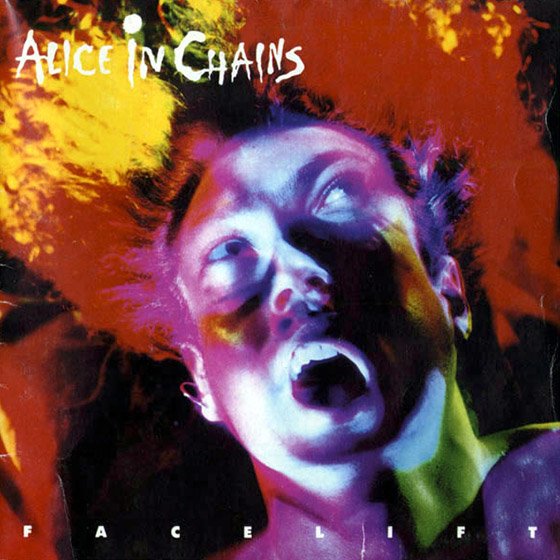 If you ever find yourself working out in a cow stable with a wicked case of bed head—or hitting a morning training session with the same messy do—just channel Alice In Chains' self-assured, empowering mantra. Don't let anyone put you in a box, and don't rely on anyone to come and save you. Sepia hues not included.

9
Megadeth, "Holy Wars … The Punishment Due" 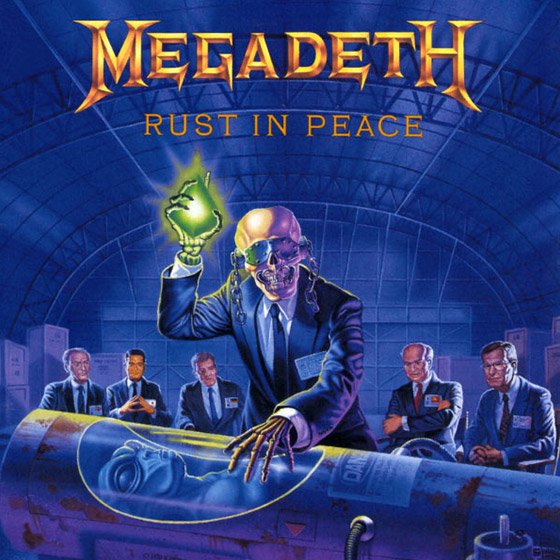 Cue guitars. Cue drums. With over a minute of musical intro, and a wicked guitar solo a few minutes in, this song is metal at its finest. We'd expect nothing less from the former lead guitarist of Metallica.

10
Red Hot Chili Peppers, "Give It Away" 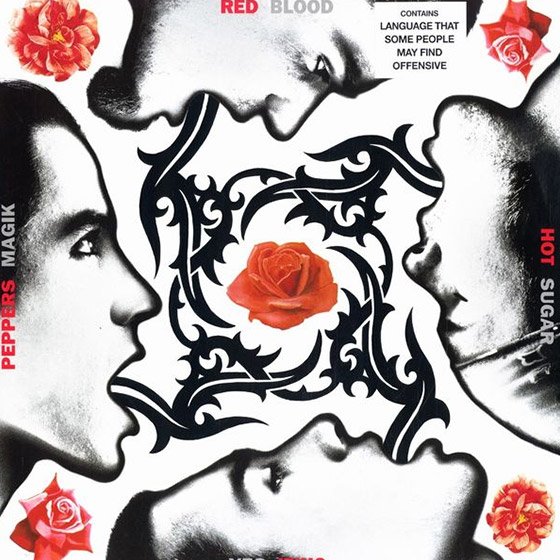 You don't have to wear mirrored pants with sparkly lipstick or ribbon-dance through the desert to get down with this '91 classic. We're not really sure what they're giving away, but what's not to love about the RHCP's philanthropic nature? Work hard so you can give things away too—namely your old, oversized clothes and that former lack of motivation. 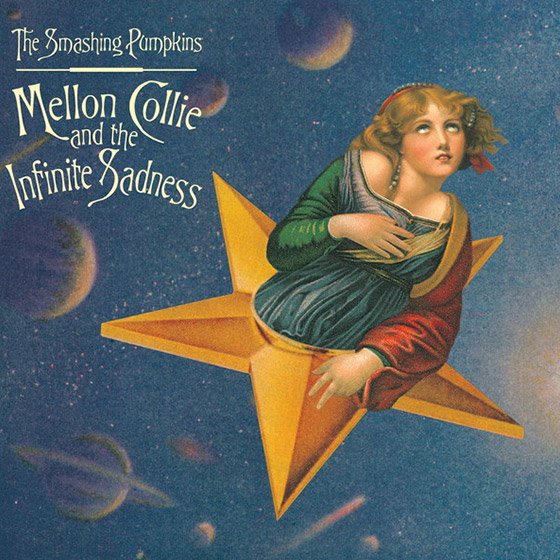 The "she" the Smashing Pumpkins referring to in this song is clearly the clean. You want to get bigger, stronger, and leaner? Then she's all you really need. 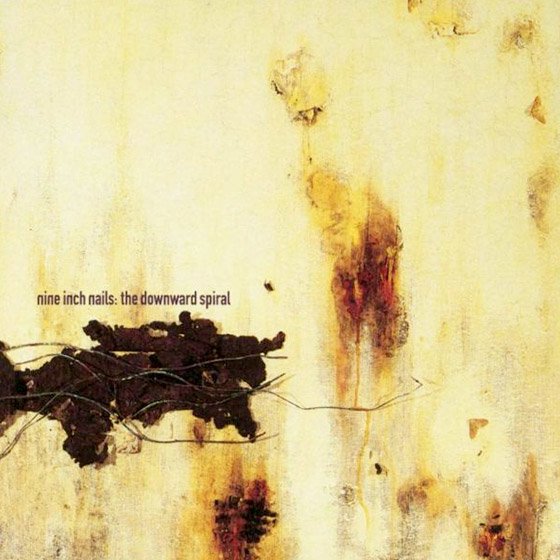 The lyrics might be NSFW, but that doesn't mean you can't turn it up when you're in the gym. Some experiences in life require you to unleash your inner animal. Your workout is one of them. 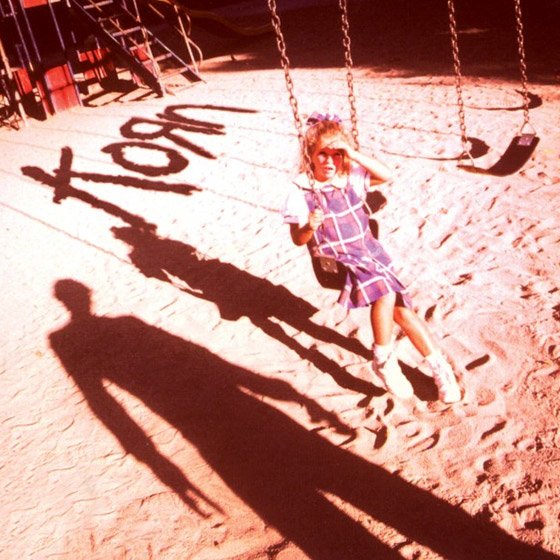 If you're not sure if it's still cool to like Korn, we have the answer for you: yes. "Blind" was their first famous track and it rocks just as hard today as it did when it was released in 1994. Turn it up, lift hard.

14
Marilyn Manson, "Sweet Dreams (Are Made Of This)" 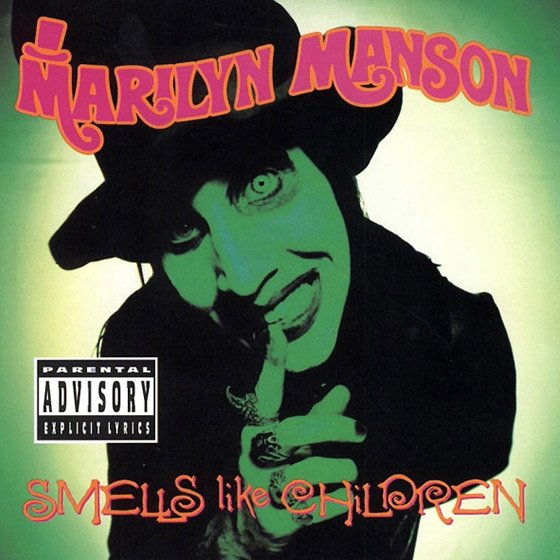 Sure Marilyn Manson is creepy, and sure the music video might give you nightmares for a week, but we think his cover of the Eurthymics hit is one that should be required on every gym playlist. Who are you to disagree? 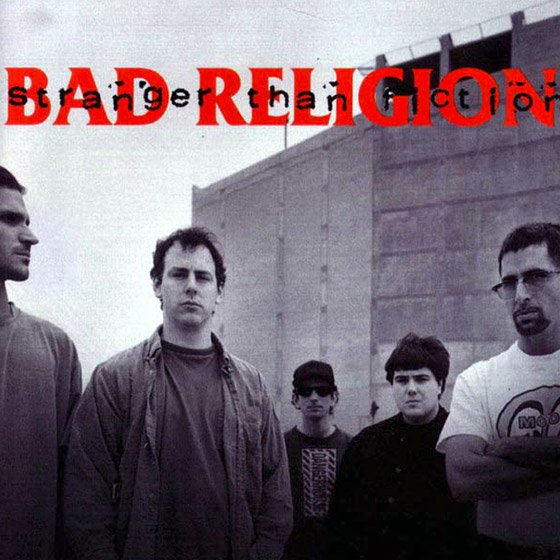 You and me have a disease. It's called the "fitness bug." But instead of bringing death and destruction, it's an infection that makes you healthier, stronger, and live longer. Thanks for the heads up, Bad Religion.

16
Rage Against The Machine, "Killing In The Name" 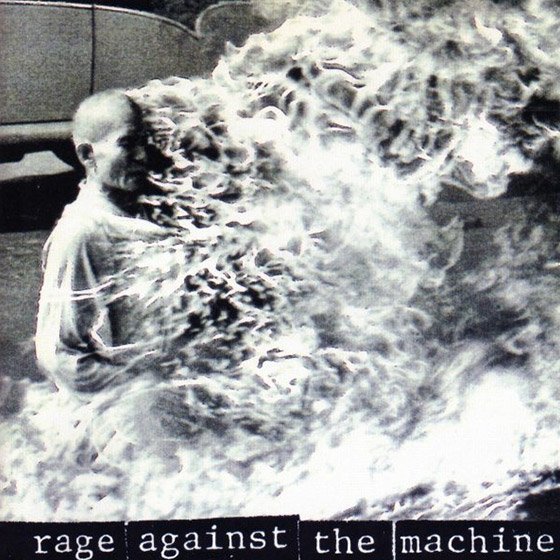 RATM taught us to ask why. If you're in the gym just because someone told you to be there, you need to rethink your motivation strategy. Find your personal reasons for fitness and remember them when things get difficult. 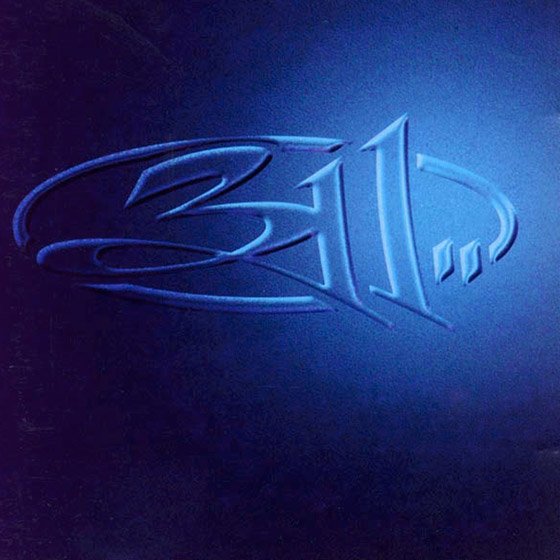 If you're ever nostalgic for the '90s, watch this music video. It'll remind you how glad you are we evolved. The video might be outdated, but the song is still a great one for getting through a tough set. 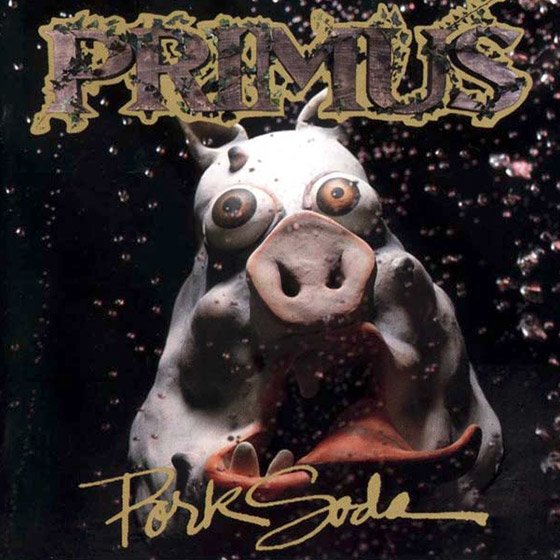 It's a quirky choice for this list, but we think it's perfect for any workout you're doing. Whether you're going for a squat PR, jogging on the treadmill, or hitting some biceps curls, this song will do your body good.

19
The Presidents Of The United States Of America, "Lump" 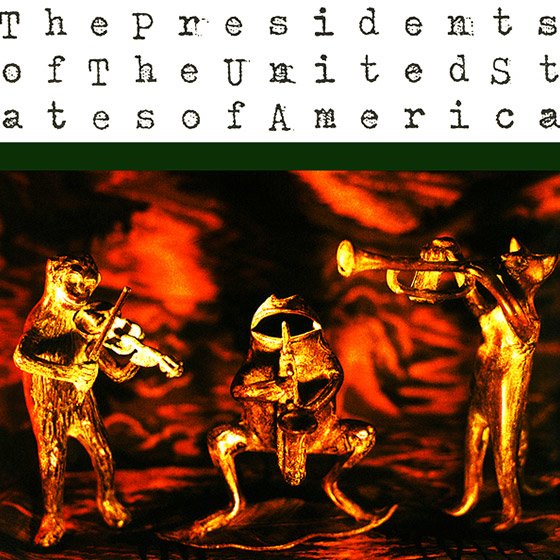 The grunge is strong in this one! Enjoy the fun guitar chords, weird lyrics, and Chris Ballew's iconic voice. Just be careful not to sing "She's lump!" too loudly around other lifters. 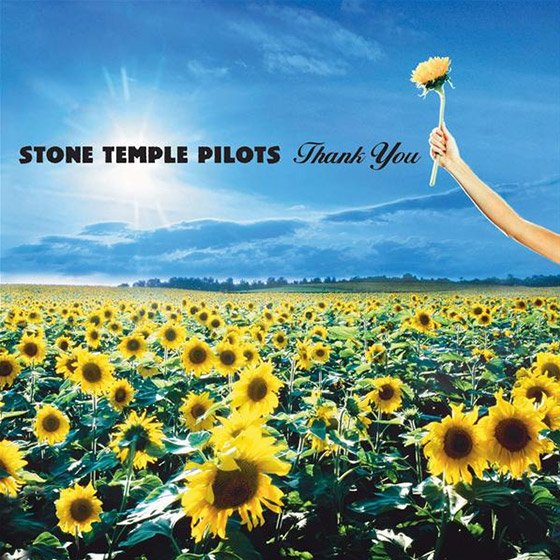 The most difficult part about putting STP on a playlist is choosing only one track! We think "Interstate Love Song" is a great choice not only for the genre, but also for some cool-down music.

You're never too swole to enjoy a dance party, even if it's in the gym. Check out our list of 22 awesome EDM workout beats!

All gym-goers need a solid hip-hop playlist in their collection of gym jams. Here are 20 of our favorite rap songs. Enjoy!