Celebrate March Madness with this daily BodySpace photo battle! Vote on your favorite male and female physiques to determine which member is 'mired the most.

Vote on your favorite BodySpace physique
in this head-to-head photo battle!

BodySpace is home to an incredible selection of jaw-dropping physiques. In honor of March Madness and awesome aesthetics, we gathered a small set of shredded BodySpace members, seeded them based on who has the most friends, and created this head-to-head photo battle to determine who you're 'mirin the most!

Pick two of your favorite male and female physiques every day until the "Who You 'Mirin?" champion is crowned on April 7. The competitors and bracket will be updated daily at 12 p.m. MST. Vote for your favorite, share with your friends, and let the 'mirin begin! 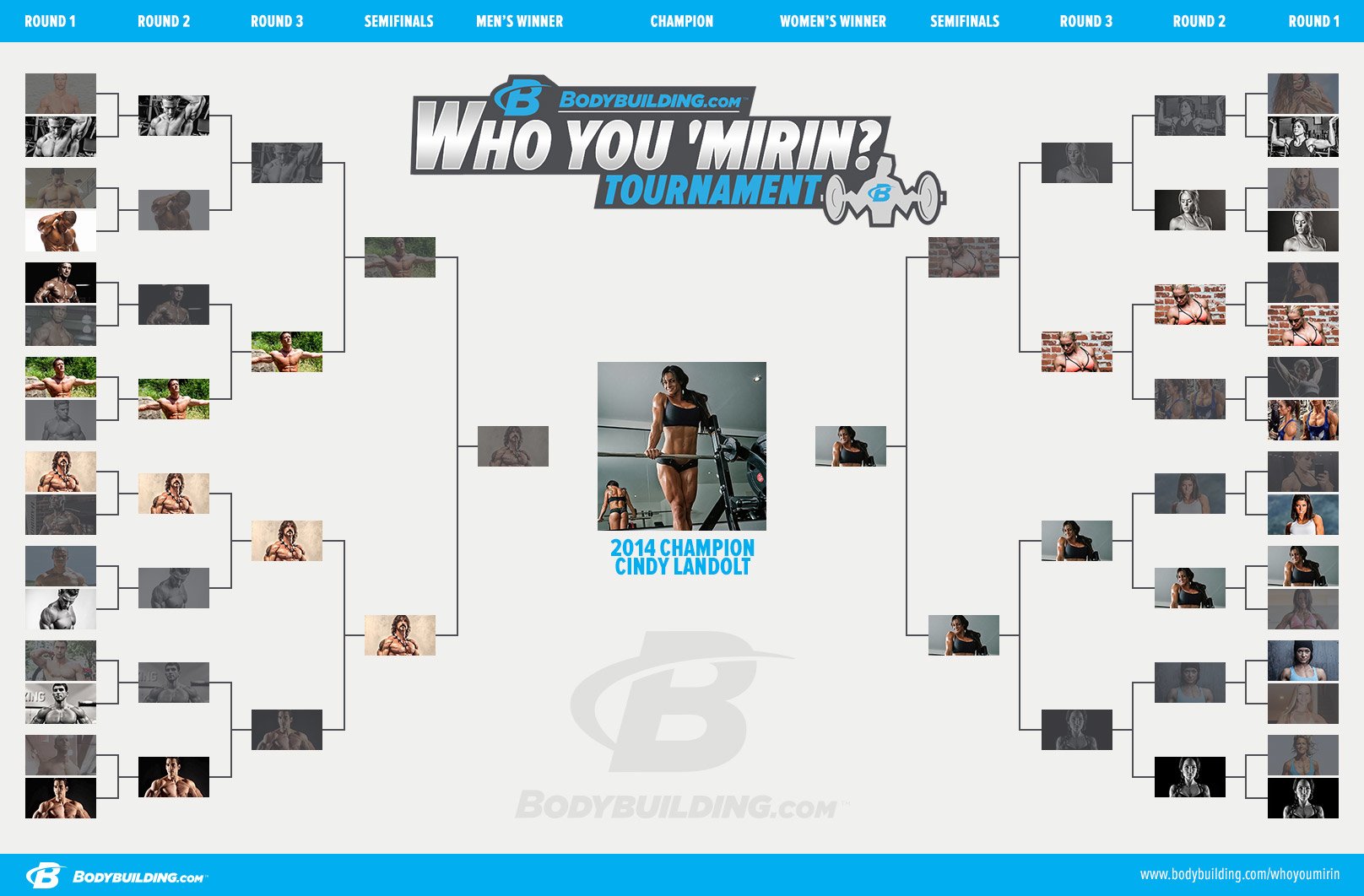