Hardcore Is A State Of Mind: Use It To Build Your Body

We've all heard the screams, the crashes, the grunts--training that sounds more like battle. Can that mentality be turned to your own advantage? Read on to find out.

You have seen them You had to have glanced at them at one point or another. You see the photos in the magazines or ads of a huge guy in a ripped up tank top and torn pants or shorts screaming to the top of his lungs with chains around his neck or holding some ungodly amount of weight.

Normally it is a black and white photo. Somewhere on the page you see the word "hardcore" and of course it is associated with the image. Instantly you are overwhelmed with this feeling of being hardcore yourself and having to go train immediately.

To a lot of people it is cool to think of themselves like that and it is smart marketing. The fact is that this shouldn't be the only thing associated with the hardcore mentality.

Even though it is not taken too seriously in some gyms across the globe, if you are in a lot of other gyms and you scream and throw weights around while wearing clothes that are holy and ripped then you will get a lot of strange looks at best and escorted out of the gym at worst.

Another theory that is always talked about in forums all over the internet is what exercises must be done in order to be 'hardcore'. Supposedly if you want to be hardcore you have to do dips with chains around your neck or front squats instead of regular squats.

If you do pull ups with a neutral grip instead of a wide grip then you are not "extreme" or "hardcore" enough to build a big back. Comments like this have been going on for a long time and will keep going on forever.

So what is really hardcore? Take a moment to think about what that word is supposed to mean. If you are hardcore then you work the hardest, train the heaviest, and put out as much effort as possible because you are the most dedicated to what we all know is the greatest sport on the face of the Earth. 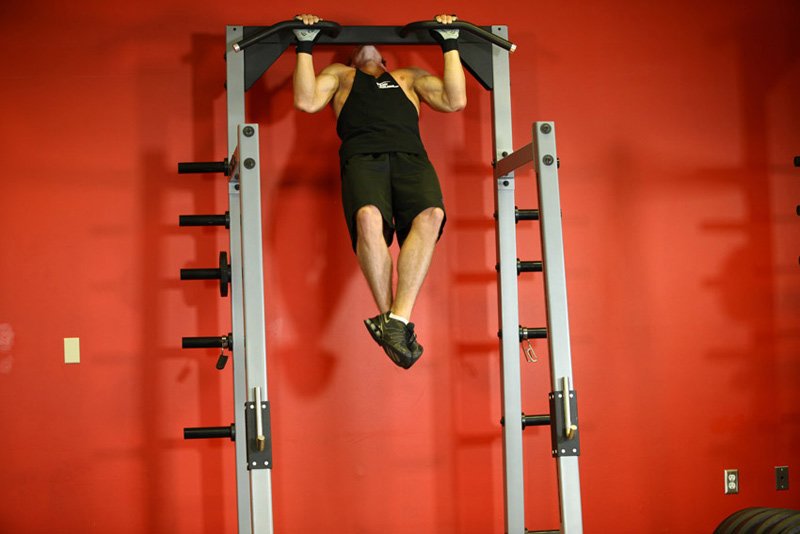 "Another theory that is always talked about in forums all over the internet is what exercises must be done in order to be 'hardcore'."

Do you really think that if someone goes to the gym with this same attitude and is just as strong as the guy in the latest issues on the newsstands but wears an outfit and cares about his appearance is less hardcore than the other guy?

What if there is a teenager that wants to get big and strong just like the guys he sees online but can't lift as much as the bigger guys and the gym he goes to doesn't have the big chains that probably weigh more than he does? That kid can be just as passionate about meeting those goals as any champion bodybuilder, but he has to use machines instead.

Is that supposed to make him less hardcore? Does that not sound absurd?

If you need one more example then take Joe Weider. If you don't know who Joe Weider is then you should. He is the reason I am writing this article and you are reading it. He literally put bodybuilding and fitness on the map for literally millions and possibly billions of people to benefit from. It doesn't get more hardcore than that.

Do you think that Joe was making sure he was screaming loud enough so others would know how hardcore he was? That is doubtful.

So what is Really Hardcore?

Now I do not doubt that anyone that matches any of those descriptions is not putting out max effort and is not passionate about bodybuilding. They are hardcore but the point of this is to show you that you can be hardcore too; even if you don't like cutting sleeves off of shirts and can't do certain exercises.

Now I will tell you that there are certain exercises that are better than others when it comes to building muscle and gaining strength.

However if you can't do them for one reason or another you are certainly not less hardcore than the guys who can. You have the same passion to do well and you are just as committed to doing all you can to be your best. That makes you hardcore. 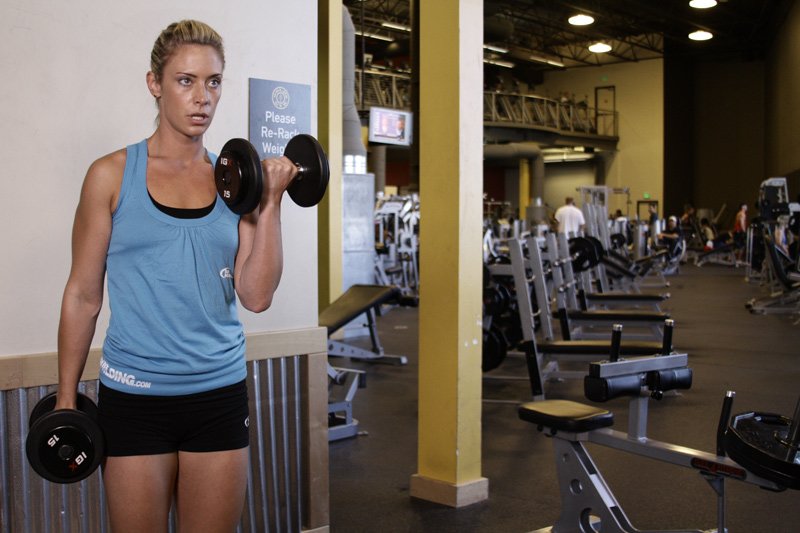 "You have the same passion to do well and you are just as committed to doing all you can to be your best."

The cut off tank top and torn jeans is a look you see often in photos, but there is nothing wrong with wanting to look fashionable while working out. Looking good before training actually helps motivate a lot of people and will help them put out more effort.

So if that is what it takes to help you and you are willing to do whatever it takes to accomplish your goals then you are hardcore. Another point that needs to be understood is with regards supplementation.

Taking something that your favorite bodybuilder takes doesn't make you hardcore. It also isn't a game of whoever takes the most products wins. Supplements are great as long as you can afford them, but don't feel like you are suffering because you can't buy the big bottle that is featured in the six page spread.

At the end of the day if you aren't training hard and eating smart then the supplements aren't going to work as well as they should anyway.

The screaming and constant grunting is also something you shouldn't be too concerned about. There are those guys that do feel they need to do this to put out max effort. There are also a lot of guys doing this just so someone will pay attention to them and they can be noticed.

If you don't feel the need to do this, then by all means don't. You can breathe normal and still be giving all the hardcore effort necessary to succeed.

Finally if you are relatively new to bodybuilding you should understand that just because you can't bench 400 or leg press 1,000 pounds yet does NOT mean you can't be hardcore.

The people in the ads are strong but they also started out at one time or another just like you are now. They had to work very hard to get that strong.

The point is going through the effort is what makes you hardcore. You don't need to reach a certain level of strength as long as you are trying your best to be at your prime then you are hardcore.

Although you might look at yourself and not meet all the stereotypical qualifications that embodies the "hardcore" lifter, do not doubt yourself. You are working as hard as those guys are.

You are just as dedicated to your diet as the athletes in the magazines and on the websites. Finally you are just as passionate about meeting your goals as the hardcore guys in your gym or at all the expos.

You are hardcore and you doing what you do in the gym is going to show others they can be hardcore too.

Every workout can get better. Use these pro tips to modify your intensity, timing, pre-workout strategy, and, especially, the nutrients you use to crush each workout.

Ryan Hughes' chest workout isn't the usual bench press extravaganza. It's a high-intensity, high-volume, heavyweight pec blast that will challenge every aspect of your fitness level!

Whether she's busting her ass with weights or sweating it out during cardio, IFBB Bikini Pro Amanda Latona needs music as a constant companion. Download her fun playlist for a boost of musical energy!