Turning Back The Clock: Branch Warren Looks To Return To Form

Branch Warren has experienced some of his greatest triumphs onstage in Columbus. Can the two-time victor and six-time Most Muscular winner find the victorious formula again?

If you watched last year's Arnold Classic webcast on Bodybuilding.com, you may have felt like something was missing—or rather, someone. Branch Warren, the two-time defending Arnold Classic champion, was conspicuously absent for the first time since 2006, as he prepared for the Mr. Olympia and continued to recover from a torn quad he suffered in 2011.

The plan, Warren now admits, turned out disastrously, in the form of a ninth-place finish at the Olympia. Five months later, with a change in nutritionist and a new sponsor in Gaspari Nutrition, he is returning to the stage where he's had his greatest triumphs as a professional, eager to show the bodybuilding world that he's far from finished.

Warren knows all about peaking for the Arnold Classic. After all, in addition to having won it twice, he was the five-time defending "Most Muscular" award winner up until last year. And he knows his competition just as well, having beaten all of the top contenders for the 2014 Arnold at one time or another. There are no surprises here, he told Bodybuilding.com four days out from competition. He knows just what he has to do.

How have you judged your progress as you prepare for your return to the stage in Columbus?

It's a lot of things, but my most important tool is the mirror. You look in the mirror; the mirror doesn't lie. You know, I've been doing this for a long time, and I know at 10 weeks, 8 weeks, 6 weeks, 4 weeks how I'm supposed to look and how I'm supposed to be. But other factors play into it too—if your strength is up, if your training sessions are going the way they're supposed to. 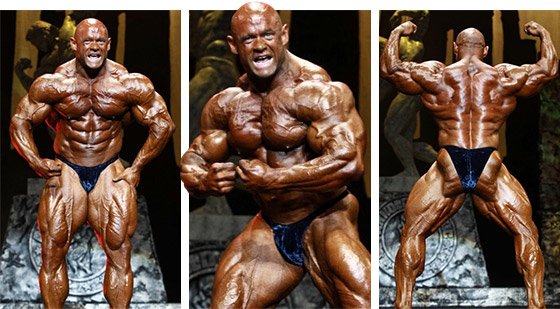 How have your training sessions been going?

It's been very good. Very smooth. Lifting weights I haven't lifted since I was in my 20s.

Branch Warren at the Arnold Classic

What's enabling you to turn back the clock in the gym?

Just motivated, buddy. This whole thing is about getting a little redemption after the disaster last year at the Olympia. I'm ready to come back and get a victory.

What about your diet? Do you run the same playbook at this point in your career or try something different?

I've just been going back to what always worked—back when I was top-three at the Olympia and winning Arnolds and all those other shows. Last year, I made a change and went with a different nutritionist, and it didn't work out very well. So I went back with George Farah, and I told him from the beginning, "We're going to do it the old way, the way we used to do it." He agreed. You know, you do what you always did, you get what you always got.

You've been a favorite at big shows, and you've been a dark horse, too. Do you prefer either one in terms of your mindset? 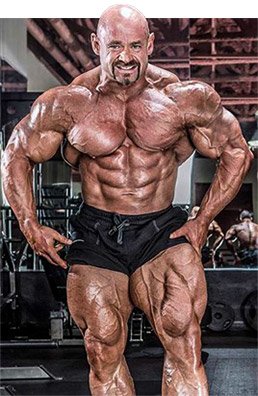 You've built a lot of size over the course of your career. Are you still training to add mass, or is it more about refinement now?

At this point, I try to come in every year a pound or two or three heavier, due to what we do and how we train, but my goal isn't to add mass like I did early on in my career. It's just about adding quality. I've proven I have enough muscle to stand with anybody, so I'm just about bringing quality to the stage.

Are there lagging body parts or weak points that you're specifically trying to improve for this show?

For the last several years, I've really been focusing on my back. My back was a weak point early on, and as I've brought that up I think it really reflected in my placings at top shows. As my back came up, my placings came up. That's still the area that I focus on. And then, of course, my legs weren't a problem until my injury, so I've been stepping up my leg training here, especially for the last several months, and I think my leg is getting closer to being fully recovered.

Why did you join forces with Gaspari Sports Nutrition last month?

It was just the perfect fit. I've been personal friends with Rich for several years, and I kind of represent the same thing in the sport that he did back in the late 80s. One of the first muscle magazines I ever picked up actually had Rich Gaspari on the cover. I started reading about him and following him and became an instant fan, not just because of his physique, but because of his training style. Early on, I tried to match a lot of my training style and intensity after how he did it. 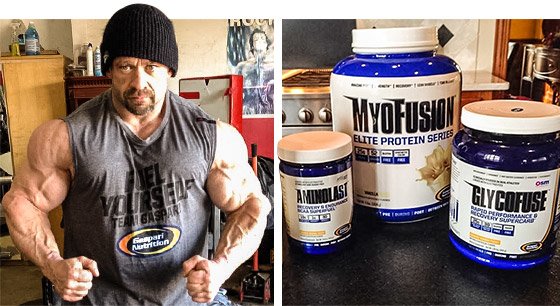 I always respected him because I felt he wasn't the most genetically gifted bodybuilder on the stage, but he beat a lot of guys because he outworked them, and with his attention to detail and his attention to nutrition and training. That's how I modeled my career.

So when I had the opportunity and found Rich, it was just a perfect fit. We get along, our training philosophies are the same for the most part, and I just relate to him. He's taken that intensity and put it into his company, and he's 100 percent into bodybuilding. That's just something I want to be part of.

So have you stayed active dialog with Rich as you prepare for this competition?

You and your wife are both elite competitors in contest prep mode, and with a young one in the house. What's it like around the house?

That's just life, man. Having kids is the best thing ever. People ask "How do you do it?" But it's just the reason you get up in the morning. When [Trish] goes to the gym I'll watch her, and when I go to the gym she watches her. We tag team and it all works out.

How has being a father changed the way you, or the way you think about your career and what you want to do with it?

Sure, the day she was born my life changed. Bodybuilding is a pretty self-centered, selfish sport. And if you're a top bodybuilder, you're probably going to personify that. So it makes you think about somebody before yourself. It's been a change for the better, I think. 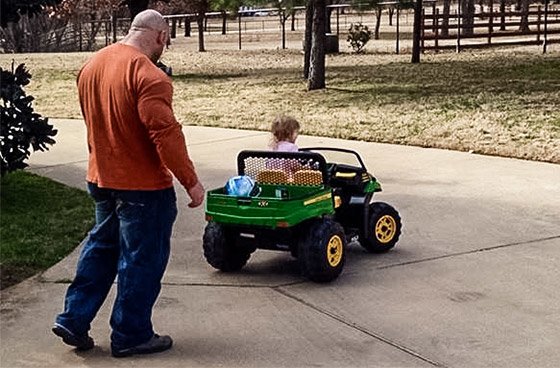 You're not only competing for the Arnold title this year; you're also working to qualify for the Olympia, something you haven't had to do in a few years. How has that changed how you're preparing, if at all?

I don't give that any thought. I haven't had to worry about qualifying for the Olympia for years, so my plan is just to go there and do the best I can in Columbus.

You're known for training intensely and lifting weight that would crush many other bodybuilders. Have you dialed it back at all, or will you ever?

I'm still going heavy. That's the way I like to train. It's just how we do it. In August it'll be three years since I had surgery on my leg, and in the past four months it's made a significant comeback. It's doing really good. Doesn't hurt, and the strength is there. Everything else is healthy and looking good.