Transformation Of The Week - Matt Guarrasi.

Throughout my high school career, I had come to just accept the fact that I was, and always would be, a thin guy. Learn how an ectomorph goes from weightless to lean hardcore muscle mass.

I have been skinny my entire life. I was active, participated in a wide variety of sports, and ate anything and everything I wanted. However, for the life of me, I could not put on an ounce of muscle.

Throughout my high school career, I had come to just accept the fact that I was, and always would be, a thin guy. I had given up hope and just decided to go along with the flow. Granted, I had little to no body fat, but when you have hardly any muscle underneath it all, it really doesn't do much for you. On my 6-foot-1 frame, I was carrying around about 155 pounds, which anyone could tell you is damn near anorexic.

In my high school years, while all my buddies were wreaking havoc on the football field, I was running track and cross-country. While they were picking up the hotties, I was settling for the mediocre babes. So after my graduation in 2003, I decided it was time for change. I was sick of being so small.

During the summer before everyone went to college, I made one of the best decisions I have ever made in my life; I signed up for a membership at the most popular gym in town. However, at this point, I still knew nothing about nutrition and weight training.

I lifted off and on throughout the summer, and actually started liking it, but I still had nothing to show for it. I was thoroughly frustrated, as many hard gainers like myself would be. Finally, summer came to an end and it was time for college, and this is where the most drastic changes ever occurred in my life.

I met Nick on the first day of moving into my dorm. He was a bit stocky, but also muscular, a mix between an endomorph and a mesomorph. Like myself, Nick also wanted to gain mass, and had more knowledge than me when it came to lifting. Naturally, it was only a matter of time before Nick became my partner in crime.

We began lifting religiously. Now that I had someone to show me what I was doing wrong, weight training became my life. We would lift until our muscles felt like they were going to burst, and then gorge out on food. (The training regimen which I followed is posted at the bottom.)

Anyone that has attended a college campus knows all about the dining hall situation. A simple swipe of your card and its one giant, all you can eat buffet. This is exactly what I needed.

Being a hardgainer, I began eating about seven to eight times per day. And I'm not talking snacks here. Each meal would be about 3-4 plates worth of food such as chicken, eggs, pizza, veggies, hamburgers; anything I could get my hands on I devoured.

The best part was that I wasn't even forcing it down. Since we were lifting so frequently and with so much intensity, my muscles were literally crying out for fuel.

In order to gain muscle, hardgainers must eat an insane amount of calories, much more than the average person does. I honestly cannot stress this enough. It took me 18 years to finally realize this. After about a two weeks, the results I began seeing are what made bodybuilding my number one priority in my life.

I started putting on muscle at such a ridiculous rate, even Nick began questioning my use of steroids. To me, that is one of the best compliments you can receive from your friends, and believe me, I had many people start asking if I was using performance-enhancing drugs.

Like most people that "discover" the fine sport of bodybuilding, I instantly became addicted. I ate, breathed, dreamt, and lived bodybuilding. It became my passion, and anything I could do to further enhance my knowledge on the sport, I would do.

While my friends were playing video games, I was reading both print and online information about bodybuilding. When it was time for winter break and everyone went home, I was a completely different person.

My own family didn't even recognize me and my best friends from high school seemed almost jealous of my newfound muscle. The ladies on the other hand, well, lets just say they liked the new look a lot.

A Complete Turn Around In Life

I was a changed person and had a completely different view on life. Throughout the course of about six months, I went from a skinny 155 pounds, to a lean, mean, 190. I now had a totally different look, and had countless people coming up to me telling me I should really try my hand at modeling.

I had never even considered this, but in June of 2004, I got a phone call from Cosmopolitan magazine after sending in a couple of body shots. After that, more deals arose. I met with countless agents, got signed to two agencies in New York, and even did some shots for various clothing companies. I was loving life as this completely new person, and I owe it all to bodybuilding.

I guess the moral of this story is that no matter how small or how big you might be, there is always a way to change your image. Your body is your temple. Why wouldn't you want to strive to make it the best you possibly can? For all you hardgainers out there, do not despair, and do not get discouraged.

Hard gaining ectomorphs have the potential for building some of the sexiest physiques out there. If you lift hard, work hard, and keep on eating, (I can't stress this enough) I personally will guarantee you a new body that all the ladies will sweat over. Do not doubt this, I am living proof that anything is possible if you put your mind to it. Work hard, play hard, and just keep living. 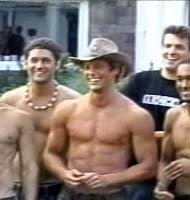 All of my workouts follow a similar 3 set pattern, with the reps at 12, then 10, then 8. Increase weight as necessary between sets.

In the beginning stages when I was solely trying to

, I had no reason to do cardio, especially since my body fat was already so low to begin with. After a while, I began doing some form of interval cardio twice per week to maintain my low body fat percentage.

I believe interval cardio is the best way to slash numbers off your body fat. For example, on a treadmill, you could do 60 seconds jogging, and then 30 seconds sprinting. Repeat for 20 minutes, not including warm up and cool down.

Use various inclines to also throw your body off guard. If my legs were sore the next day from a hard workout, I would do interval rowing, which follows the same principals. One minute of moderate rowing, then 30 seconds of hard rowing.

There are so many different

; you really need to find the ones that work best for you. I personally noticed the best results when I would do my

on a large decline (maybe 45 degrees) with a massive weight plate or dumbbell against my chest (50 pounds).

Granted, you shouldn't be doing this much if you're just starting, but for the more advanced; these are great for sculpting a beautiful midsection. Be sure to do an even amount of lower abs, upper abs and obliques. Never get too caught up on one type of exercise.

Matt Guarrasi is now working on his certification for personal training, and also does modeling in his spare time. Check him out at as Connecticut's Most Eligible Bachelor of 2004. 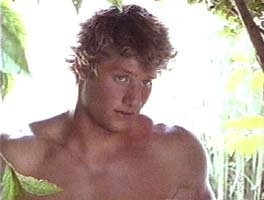