Jaimie Alexander had to redefine and transform her body to play the war goddess Sif in ''Thor: The Dark World.'' Get the details in our exclusive video interview!

The role of an Asgardian war goddess is not one to take lightly, especially if that goddess stands beside the likes of Chris Hemsworth's broad-shouldered and mighty Thor. To become the warrior Sif, Jaimie Alexander transformed her body, built muscle, sharpened her athletic skills, dove into flexibility training, and vastly rewrote her nutrition plan. It worked. On screen, Alexander is Sif. We recently caught up with Alexander to get the details of her ascension.

For "Thor," Jaimie Alexander consumed copious amounts of protein and packed on 20 pounds of hard-earned muscle. For "Thor: The Dark World," she needed to put that muscle to work. Increased martial arts fight scenes forced her to become more agile and mobile, so Alexander de-emphasized heavy lifting in favor of hot yoga, Pilates, and stretching. "I needed to be very flexible, long, lean, very agile," she says. "[The role] is a little intimidating sometimes. You want to look strong and feel strong." 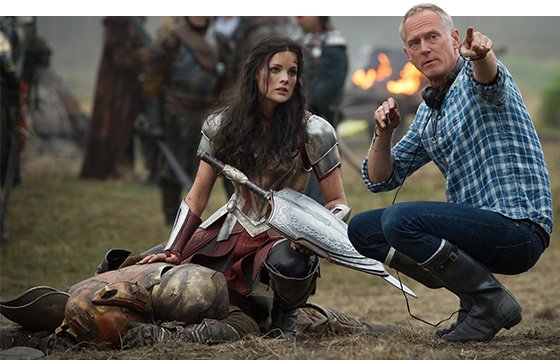 Alexander has been athletic her whole life. In high school she ran track and cross country. She trained for the obvious physical reasons, but training also became a sort of mental release. Lately, hot yoga has replaced running as her go-to outlet. "It's done great things," Jaimie says. "You sweat out a lot of toxins and it's done good things for my skin. It teaches you to breathe through difficult times, physically and mentally. Any time I am nervous I do a couple of yoga breaths and I am fine."

Jaimie's recent roles, especially in "Thor" and "The Last Stand," have exposed her to all sorts of physical activity. It helps to be on set with a Norse god and the Austrian Oak: "Arnold [Schwarzenegger] and Chris [Hemsworth] both have taught me some really great tricks in the gym, some really great diet tips that will help me get enough protein, especially when I am filming something as physically demanding as 'Thor.'" 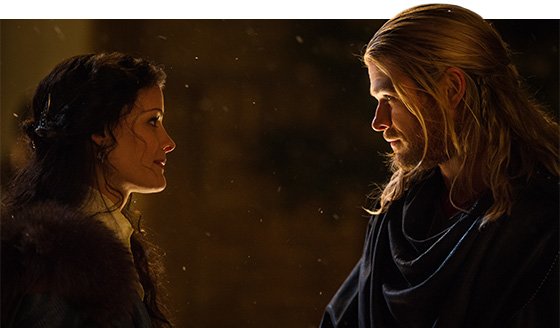 THOR AND SIF PREPARE TO WRESTLE FOR "BEST HAIR."

Goddess With A Purpose

Alexander is using her role not just to defend Asgard, but to help women on earth with self-image issues. She has constructed her own idea of the feminine ideal: "To me, that's not being 'thin.' A lot of women think being thin is the way to go, but I prefer to have some meat on my bones."

She asks her fans to respect themselves and live healthy, active lives. "Women, know your body and don't mistreat it," she says. Don't starve yourself, don't drink [alcohol] like a fish. Don't abuse it. You only have one body. You know when you eat something and it makes you sick and you don't feel well, and you know when you eat something that makes you feel great." 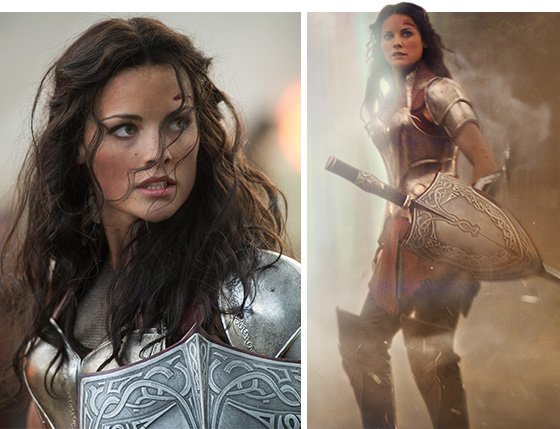 This is the wrath of a war goddess. Don't stand in her way.

Alexander even says carbohydrates are great for her body, eschewing any Hollywood "carbohatred." She eats brown rice and quinoa; she prefers complex carbs with some protein. It's her body, and through trial and error, hard work and effort, Jaimie Alexander is transforming it. That's a good thing for the universe—but bad news for anyone who stands in her way.