The Video-Game Veg Who Lost 100 Pounds!

Shukri saw his weight creep up until he was 315 pounds at the tender age of 20. To change his path, he learned to put down some habits and pick up some weights! 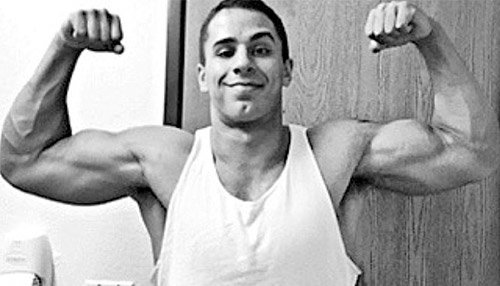 At age 20, video games and junk food sat at the center of Shukri's life. It's hard to blame the guy, though. These days, it's almost easier to be sedentary than it is to get off the couch. A couple hours a day of your favorite game or show, followed by a couple more of your not-my-favorites-but-they'll-do, and you, too, could quickly find yourself thrown into a never-ending loop of self-destructive habits.

"Boy, did I do a number on my weight," Shukri recalls, looking back at his previous habits. He had some lifting in his past, but when the stresses of life mounted up, it fell by the wayside. It wasn't long before he was over 300 pounds and obese in early 2012. Alarm bells sounded in his head, and it dawned on him that something needed to be done.

How did your health first begin to decline?

I began this journey in 2012.Around this same time, I experienced an influx of life stressors. First, my brother Jacob was diagnosed with leukemia, a cancer that affected his blood cells. I'd just graduated high school, and I found myself torn between wanting to live with my dad in California or sticking around with my mom in Utah.

Even though I didn't admit it at the time, I was still just a mere teenager who couldn't tell up from down in life. I didn't know what I really wanted to do or where I wanted to live. This state of limbo led me to stop lifting, which served to free up time for playing even more games, eating junk food, hanging with friends, sitting with Jacob in the hospital, and yeah, stuffing myself with more junk food.

When Jacob recovered, I moved to California with the Middle Eastern side of my family. This was great, as I had an unlimited supply of my favorite thing on earth: Arabic food. If you're not familiar with the cuisine, the staples of Arabic food lean heavily on things like rice, lamb, chicken, and yogurt products. It can be very healthy in the right amounts, but since I had unrestrained access to this bounty, I ignored portion sizes. Of course, that carelessness had consequences. Pretty soon, I had reached 315 pounds.

Looking at myself in the mirror, I realized how much my choices and previous lifestyle had gotten me to my then-current state. I knew it was time for a change. 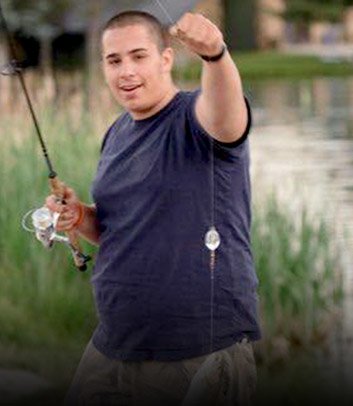 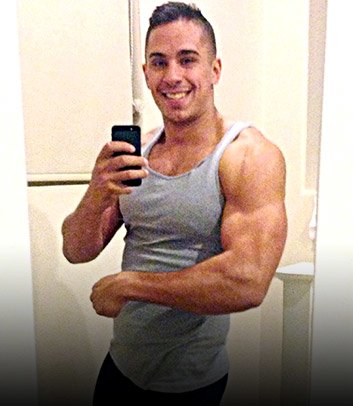 It must have seemed overwhelming to get started. What were the first steps you took?

Starting back up again wasn't too much of an issue. Lifting weights had been a part of my life since early in high school. It started with the basics that my stepdad taught me. I remember the first time I was able to bench the barbell without any weights. That was a great feeling, and it's one that you can only get from putting in your all in the gym!

Getting back into the groove was like relearning to ride a bike. My body and muscles never truly forgot what to do. Sure, everything was a bit rusty, but soon my mind and body got the hang of training.

You mentioned that you used to play a lot of video games. What did you do to keep yourself from getting distracted by them this time?

After I noticed some results, I felt really motivated. This led me to catch the social media bug and start following idols like Layne Norton, Steve Cook, Mike O'Hearn, Matt Ogus, and a bunch of other inspiring fitness individuals. Following these folks was an endless supply of motivation for me.

I would watch YouTube videos and read anything that I could get my hands on regarding health and fitness. Eventually, it created a positive cycle of lifting and making strength gains that kept me motivated throughout. With all that going on, it was pretty easy to avoid getting sucked in by video games.

During your fitness journey, were there any barriers that gave you extra difficulty?

Definitely the people and background noise. I had friends and family constantly telling me what I was "doing wrong" or what I was "missing." Besides my friends and family, I also found difficulty going through the endless amounts of information on the Internet. It was—and still is—full of bad advice that kept me bouncing from one plan to another. But I finally had the best results when I shut it all off and simply went with my best judgment.

After being mentored by a few personal trainers and working at a gym, I had it more or less figured out. My experience with struggling has inspired me to work on my NASM (personal trainer) certification. From there, I'd love to coach other people through their transformations, whether over the Internet or in person. I know that seeing others progress and change will be the fire that keeps me going for my future endeavors.

Speaking of your future endeavors, what plans are you making?

I plan on continuing to make progress with my own body. The real mental challenge has been watching the scale go up week after week during my recent bulking phase. After dropping over 100 pounds and previously being obese, it can be very difficult to not freak out and be scared to put on more body fat. 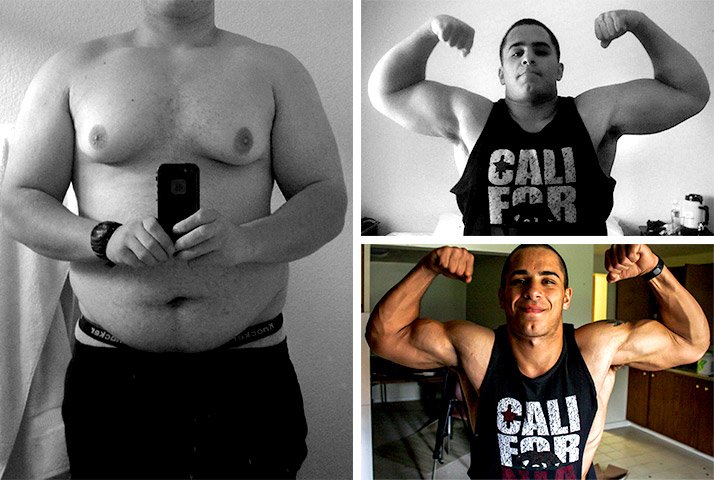 Sometimes I need to force my body to try new things, and eventually, it will adjust; I need to be patient and give things time.

However, I always repeat my favorite quote from Bruce Lee: "Defeat is a state of mind." I have to reel in my emotions and be confident that gaining body weight—and a little body fat—isn't what hurts people when it's done right. Sometimes I need to force my body to try new things, and eventually, it will adjust; I need to be patient and give things time.

As I've mentioned, I also want to help people reach their own goals, in a similar way to how Bodybuilding.com has played an enormous role in helping my own transformation. I want to be a pillar of strength and knowledge on training, diet, and supplements.

If you're reading this and thinking about going on your own transformation journey, just know this: There's never going to be an end to the work, but after you get the bug, you'll be the happiest person in the world.

Eminem
"Till I Collapse"

Lorde
"Everybody Wants to Rule the World"

Eminem
"Till I Collapse"

Lorde
"Everybody Wants to Rule the World"