The Social Media Monster: 4 Safeguards For Your Fitness Sanity

The grass isn't always greener on the other side. Resist the urge to let online personas define your real life worth.

Social media is everywhere. It allows you to make professional connections, link to people with similar interests to yours, and keep in touch with family and friends around the world. These days you can YouTube your dreams of singing stardom, Instagram your lunch, and capture your mood in 140 characters or fewer: "OMG! I'm sooooo excited for the weekend to start #TGIF!"

But sharing isn't one sided. For every post you throw into the universe, dozens flood your inbox. So, what's the downside? Social media can perpetuate illusions, conveying a false sense of grandeur and perfection that leaves you wondering what you're doing wrong. People can be deceptive about a lot of things: a luxury photo shoot in a grand home (which they've rented for the day), their age (10 years ago), and even something as straightforward as their natural hair color (what, those aren't sun-kissed highlights?).

When you see fitness photo shoots rife with six-pack selfies, bulging biceps, and a whittled waist, realize that not everything is as it appears.

Like many people in the fitness industry, I'm an avid user of social media. While I appreciate all the good people and opportunities that these platforms have brought my way, I also want people to understand the risks. If you're not careful and don't approach it with a filter, social media can damage your emotional health and warp your expectations.

So, before you drive yourself nuts by comparing your own life to the people you see on Twitter or Facebook, remember:

Stop comparing your lives to other people you see or follow online. Remember they're not posting a truth journal. All the gritty details are missing. As you scroll through the status updates in your newsfeed, keep in mind:

It all comes down to something called "social comparison theory." According to a 2012 study published in "CyberPsychology, Behavior, and Social Networking," the more time users spend on Facebook each week, the more likely they were to think that others were happier and leading better lives than they were.

It's much easier to post about life when you're in an upswing. I've done it myself. I've been in the rock-bottom, just-holding-together parts of a long-term relationship right before it ends, and there I was posting pictures of us smiling together at dinner. Many of my friends have postponed changing their relationship status from "married" or "in a relationship" to "single." We all hide the ugly stuff when we don't want society to judge us.

Troubles and worries don't elude people just because they have a six-pack or a 27-inch waist, but social media allows people to hide behind a screen. Many people in the industry gain 20 to 30 pounds after a show or photo shoot and then hide from the world because they're expected to perpetuate a level of perfection that just doesn't exist. Some people don't want the average person to know that the role models on their vision boards are just as human as everyone else.

See that ripped dude or girl standing in the sunset with the last few rays of light picturesquely reflecting off their chiseled six-pack? Yeah, don't stress when your bathroom selfie doesn't measure up. The images you're comparing yourself to probably weren't taken on the first shot. Fitness models post professional photos and carefully chosen progress pics that are often one of the 50 or so they had taken, leaving the average Joe or Jane feeling inadequate. Remember that angles, lighting, and sheer practice come into play. Most people don't necessarily tinker with these things, so stop beating yourself up. 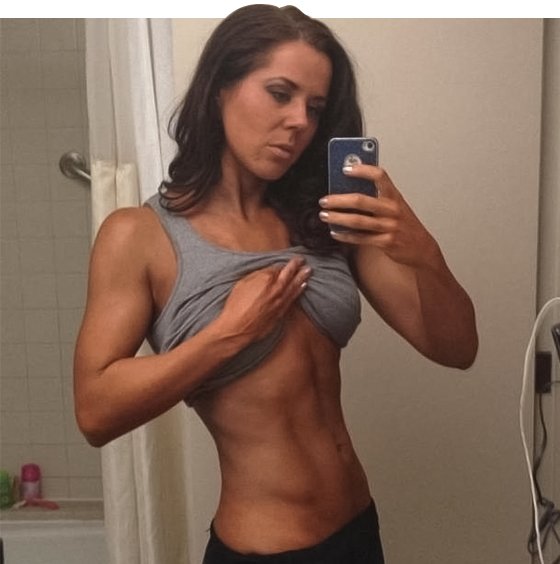 Pictures provide a valuable source of fitness inspiration, but don't get stuck comparing your pics to someone else's. Stay positive and focus on progress!

Similarly, take fitness and nutrition-related posts with a grain of salt. Did someone tweet about dropping five pounds in three days, or set their status to say they've cut down to 8 percent body fat in a month? Just because it's posted doesn't mean it's not a fudged statistic or flat-out lie. And even if it is the truth, don't let it get you down. Fitness status is only a small part of what is hopefully a much larger life being lived.

This one is a biggie. Remember that what looks like a put-together package on the social media waves might be nothing more than a facade of normalcy. Anyone can be who they want to be online. I know a number men and women who are the picture-perfect image of health and normalcy online but struggling mightily in real life.

On the flip side, I also know amazing people who are completely sincere and don't put up with any BS through their social media platforms. They don't hide. They are who they are and that's it.

Filter through your friends now and then. Not sure who should make the cut? It's easier than you may think. De-friend, disregard, or at least "hide" people who engage in the following:

4
Turn Off The Computer and Face Reality

Even if you're monitoring your social media usage, you can benefit from some time unplugged. Turn off the computer and put your phone on vibrate. Use the down time to assess your life without regard for what everyone else is up to. 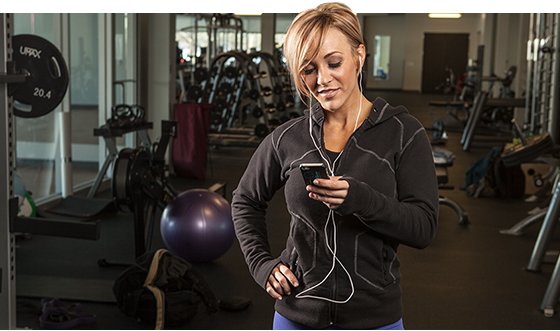 Don't allow others to determine your self-worth or use other people's online lives as a measuring stick against your own.

Instead of using the Internet to shroud your true feelings under a veil of optimism, soak in your emotions. Be real with yourself in terms of where your own expectations fall. Some things belong online and other things don't.

Putting all your baggage out for the world to see isn't any better than going online to gloat about your accomplishments. Your worth has nothing to do with how many likes, shares, or retweets you get. Don't allow others to determine your self-worth or use other people's online lives as a measuring stick against your own.