The Simplest Way To Skyrocket Your Size And Strength

Make huge gains in size and strength by slowing down how fast you lower—rather than focusing on how you lift—heavy weights.

We go to the gym to lift weights, but "lifting" is hardly the only portion of the repetition that counts. While telling someone you also "lower weights" doesn't have the same sort of hardcore cachet, that portion of the lift—aka the negative or eccentric half—is also incredibly important. In fact, that's where the real muscle-growth magic happens.

Let's take a look at why and how both bodybuilders and strength trainers are using negative training to realize positive gains that have been documented by exercise scientists.

The Rise and Fall of Your Workouts

The focus of your workouts is normally lifting a weight, an action in which a muscle shortens. Whether you're bench pressing or doing a biceps curl, the target muscles contract concentrically, meaning they shorten. Lifting a weight is also called positive-rep training.

On the flipside, when you lower the weight, the muscle lengthens, as the external resistance is greater than the force being supplied. This is also called the negative portion of the rep. 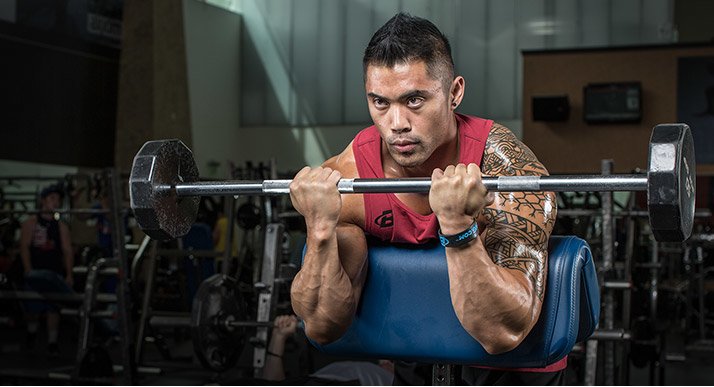 The focus of your workouts is normally lifting a weight, an action in which a muscle shortens. Whether you're bench pressing or doing a biceps curl, the target muscles contract concentrically, meaning they shorten.

You've probably noticed that it's easier to lower a heavy weight than it is to lift it. Normally, you control the speed of the negative rep, meaning you lower it slowly, but that's usually just a long second, maybe two. In contrast, eccentric training requires you to really focus on extending the length of the negative rep to three seconds or more.

Muscles are capable of achieving a higher absolute force when contracting eccentrically—yes, it's still called a contraction even though it's lengthening— compared with concentrically. In fact, eccentric muscle action can produce 20-60 percent more force than concentric actions.1

The Science of Size

Numerous studies show greater gains in muscle mass with eccentric training compared to concentric only.2-3 One reason is the greater muscle damage that occurs with eccentric training—perhaps because of the longer time under tension. Muscle damage is believed to lead to a rapid rise in protein synthesis as well as a larger rise in insulin-like growth factor—all of which adds up to more muscle.

Eccentric training can also recruit more type II (fast-twitch) muscle fibers, which have the greatest potential for hypertrophy. This was demonstrated in a study published in the Journal of Applied Physiology that found 12 weeks of eccentric training was more effective at increasing type II fiber size compared to concentric exercise.4 Eccentric training has also been shown to elevate lactate levels, resulting in an increased anabolic hormone response.5 Again, this means more muscle. 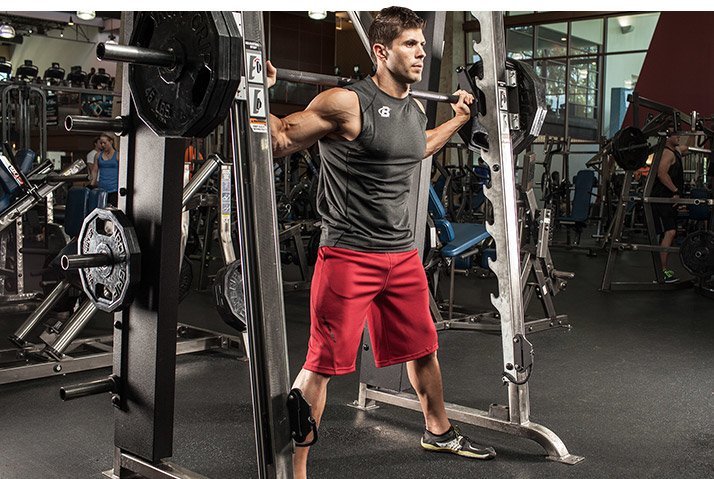 Need more proof? Another study looked at the effect of eccentric training on concentric reps using more than 100 percent of subjects' one-rep max (1RM). They found 5-15 pound increases in 1RM strength. The increase in strength has been shown to be significantly greater when compared with concentric resistance training using lighter loads.6,7

Eccentric contractions also produce less fatigue and require less energy than concentric training, meaning you can employ a greater amount of volume in your training. This leads to—you guessed it— greater gains in size and strength.8,9

Eccentric training produces more muscle damage and soreness, as well as short-term decreases in power output. (However, with repeated bouts of eccentric training, that soreness quickly trails off.) As a result, some experts advise using the method for only short periods of time or intermittently. Heavy eccentrics should be used sparingly in your workout program to avoid overtaxing the neuromuscular system and reduce the risk of overtraining.

Your approach when using eccentrics to train for strength is vastly different from the one you'd use to build muscle. They're both useful protocols, and you might even try one or the other at different times, but a number of crucial variables are distinct, so understand the basic parameters of each kind of training.

Mind you, science doesn't have an answer for every specific variable listed, so we'll make some suggestions based on what's generally accepted in the lifting community. Let's start with eccentric training to build muscle. 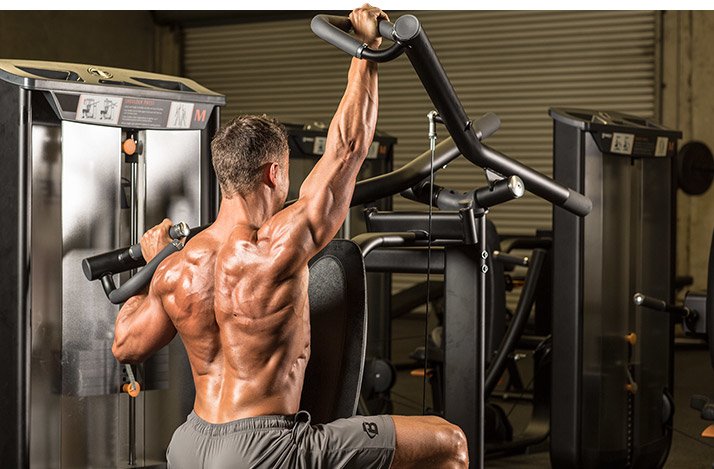 This involves doing forced reps after reaching muscle failure. Start by doing as many concentric (positive) reps on your own with good form until you reach muscle failure, using your normal eccentric motion by controlling the descent. Your workout partner then helps you lift the weight. This is not a forced rep; he or she should provide substantial help.

Instead of lowering the weight as you did for your previous reps, lengthen the negative, taking 3-5 seconds to lower it as you resist the load by allowing it to slowly force the target muscle to lengthen. Do only 2-3 reps in this manner.

When to Use It

On your last set (only one) of each exercise in your workout.

Use it with a weight that falls within the muscle-building rep range, which is a weight you can do for about 8-12 reps.

3-5 seconds. If you can't resist the load for at least 3 seconds, rack the weight.

You can take a rest interval just slightly longer than normal before moving on to your next exercise—don't do it on successive sets of the same movement.

Barbell and machine movements are best because they're easier for your partner to spot than dumbbells. If you're training alone, try it with some movements on the Smith machine or other machines using both limbs on the positive but just one on the negative.

It can also be done with some single-arm dumbbell movements, because you can use your free hand to assist with raising a weight. Some barbell exercises like squats may not be good choices, but they can be done on the Smith machine in the manner described above. 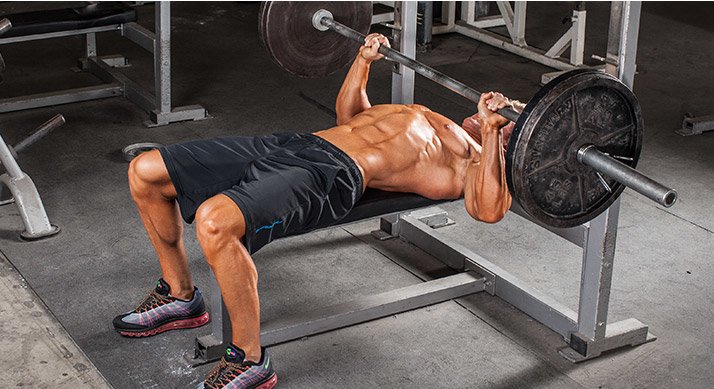 This involves using loads greater than your 1RM, so you want to be warmed up but not fatigued; do these at the beginning of your sets for a given exercise. Load the bar with a weight about 10 percent more than you max; you can progress to about 30 percent more after you've gained some experience with this kind of training.

Every rep is done with an eccentric-only focus; your partner should help you raise the weight. Again, this is not a forced rep; he or she should provide substantial help. Take 3-5 seconds to lower the weight. Do only 4-6 reps in this manner. Finish off with two additional sets using 75-80 percent of your 1RM in normal rep fashion.

When to Use It

After you're warmed up, do it on your first 3-5 sets of only the first exercise in your workout. This is not done as an intensity-boosting technique after you reach positive-rep failure.

3-5 seconds. If you can't resist the load for at least 3 seconds, rack the weight. If you can hold it for longer than 5 seconds, add more weight.

3 minutes or more between sets, perhaps more for multijoint exercises for larger muscle groups. The increased muscle damage also extends your need for recovery between workouts in your training split.

Here, too, barbell and machine movements are best because they're easier for your partner to spot than heavy dumbbells. Choose a multijoint movement to recruit the greatest degree of mass. It should be the major lift you do for the day, like the bench press.

To use this when training alone, stick with machines like the Smith machine; you can use both limbs to raise a weight, but only one to lower it. In this case, use a load that equates to about 70 percent of your 1RM for both limbs.

Real-World Example With the Bench Press

So let's work out an example for a guy who can bench press 225 pounds for just a single rep with good form. That's his 1RM.

If he were to use eccentric training to build muscle, he would use a weight he can do for 8-12 reps. Let's say he's working for 8 reps, so his working weight would be about 180 pounds (80 percent of his 1RM). On his last set of benches, he does 8 good reps using a controlled negative to positive-rep failure, then his partner steps in and helps him lift the weight for 3 more reps.

These are not forced reps. He then takes as long as possible to lower the weight—as long as five seconds. If he can't slow the rate of descent to at least three seconds, he racks the weight. This technique is done on one set of each exercise in his chest workout.

On the other hand, if he were focusing on strength, he'd use 270 pounds (20 percent more than his 1RM, but he could go as low as 10 and as high as 30 percent) and use the technique on his first 3-5 sets of his first exercise only. The partner helps lift every positive rep, and he lowers it slowly by resisting the weight, taking 3-5 seconds on each negative.

If he can't resist the load for at least three seconds, it's time to rack the weight. After all the eccentric-only sets, he should do 2 additional sets of benches with 180 pounds (80 percent of his 1RM), and then he's done with eccentrics for the day.