Fitness ignited changes to Karina's body that she could believe in. Now she wins figure trophies like they're going out of style. See how this teen prepared to dominate!

I decided to become a figure competitor during the summer of 2012 because I was unhappy with the way I looked and felt. I always told myself I would change my physique and overall health to become an overall happier person because I suffered from depression.

In 2013, my dream became a reality and I decided that nothing would stop me from competing. I was into health and fitness because of sports, but I took my training and nutrition to another level when I learned about bodybuilding through Instagram. I eased my way into the lifestyle and got training and nutrition programs off Bodybuilding.com. I followed the plans for a few months and hired a trainer to help me with my first show. 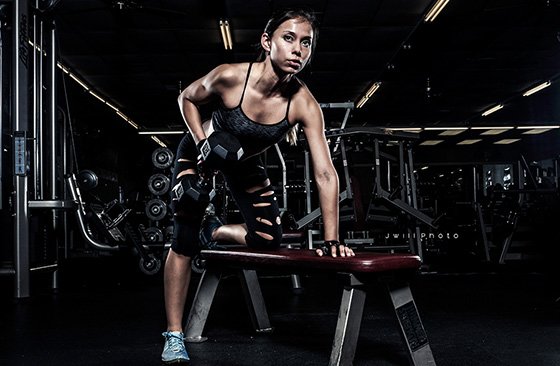 "I was into health and fitness because of sports, but I took my training and nutrition to another level." 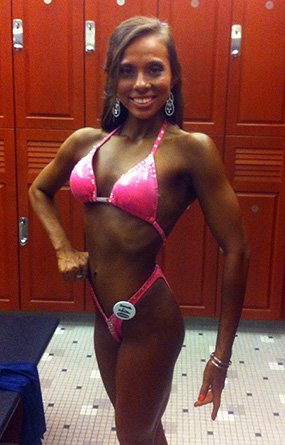 "Going through the diet and training up to show day is a victory in itself."

I was first inspired when I saw pictures of women like Jamie Eason, Candice Keene, and Erin Stern. I wanted to look like them, so I trained hard and changed my diet. When I started seeing changes in my body and how I felt, I became addicted to progress. After competing for the first time this year, I'm now motivated to compete in open figure. Seeing the competition in open figure drives me to work harder every day.

What fascinates me most about the sport is the hard work and mental strength behind each competitor. Going through the diet and training up to show day is a victory in itself. This sport takes lots of mental strength and discipline and pushed me to break limits that I didn't think I could get past before.

What/Who motivated you to be a fitness guru?

Before getting into fitness, I suffered from depression and low self esteem. Then I found Instagram and the myriad of fitness accounts on there. Women like Bella Falconi, Jamie Eason, Candace Keene, and Erin Stern became my biggest motivations. I love the look of strong women. They look happy and healthy, which is my main motivation because I wanted to be happy.

My main inspirations are IFBB pros Candace Keene and Erin Stern. On days when I didn't feel the best, I remembered that my goal was to reach their status as an IFBB pro. I continually told myself that I can do it if they can. 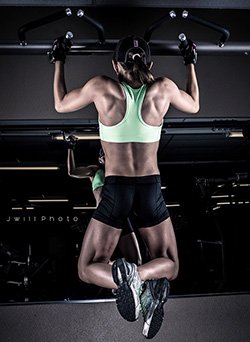 I'm currently in what I like to call an "improvement season," which consists of lots of hard work and heavy lifting to build muscle before my next competition. I also plan to compete again during the summer or fall of 2014 and bring my strongest package on stage. My dream is to qualify for a national show and earn my pro card as an all-natural figure competitor.

Always stay positive. When the going gets tough during the last few weeks before a show, positivity will keep you going. Your mentality toward the sport makes a big difference. Whether you say you can or you can't, you're always right.

Who is your favorite competitor?

I look up to Erin Stern and Candace Keene. I admire everything about their physiques and work ethic. I also admire that they represent the beauty of muscles on women, which is much different than the runway models we see in daily commercials.