George went from wanting a six pack more than anything to firmly believing that he can build a body worthy of the Olympia stage. Get the plans that fuel his tenacious work ethic!

Entering high school weighing 100 pounds made me realize how small I was in comparison to others, especially upper-classmen, football players. At the time, I didn't know what bodybuilding was, but I wanted to be good at something.

Some of my friends did cross country and suggested it for me, so I joined and fit in because everyone was skinny. Almost everyone on the team had a six pack, except for me. I ran at least 30 miles per week and realized a year later that running wasn't for me, so I joined the swim team as a sophomore and was the skinniest person on the team. You could see ribs in my upper body. I never wanted anything as much as I wanted six pack at the time, so I did 50 crunches per day and slowly increased to 400 per day two months later. 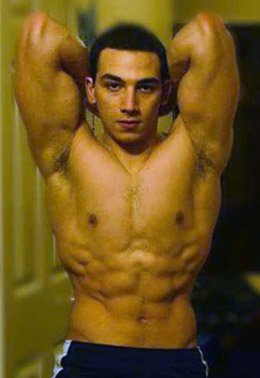 I later saw a photo of Arnold Schwarzenegger and wanted to be a bodybuilder instantly. I printed his photo and taped it above my bed so I had a visual goal every time I opened my eyes. I was 15 years old and needed to be 16 years old to get a gym membership, so I suffered for a year. I didn't have training knowledge, but my parents bought me a kettlebell and I started doing basic kettlebell exercises.

I was desperate to get big, so I worked out every day after school for three hours and spent the rest of my time learning about bodybuilding. I snuck into the gym a couple of times and worked out for at least five hours. I had an idea of how to train from watching videos and reading books. I also watched big guys at the gym train and mimicked them.

I tuned 16 years old in November 2013 and was the first person at the gym. After training, I went home, ate, and flexed in the mirror for at least two hours. Every day after school, I went online and researched on Bodybuilding.com.

I completely forgot about my old friends because they weren't into working out and I wanted to be surrounded by motivational people. One day, I talked about training with a former U.S Marine and classmate named Brandon, a.k.a "The White Hulk." We discussed him signing up at my gym and we started training daily.

Knowing that I accomplished something that most people will never achieve pushes me to this day. I don't want to be like most people who will do anything for money. I don't need money to be happy. I want more out of life, and fitness delivers that for me.

I want to conquer my body without having anything given to me. Shawn Ray said: "In bodybuilding, you can't tiptoe your way through a workout. You can't fake eating 6-7 meals per day. There's no way you can properly recover by training hard and then going out and partying all night. It's all or nothing!"

Inspiration is the most important piece of the puzzle. My main source of inspiration was looking at photos of bodybuilders flexing on stage with a big smile. Before heavy lifting, I look through bodybuilding galleries on my phone that relate to the exercises I will do that day. I trade negative energy for positive energy by constantly telling myself that there are rough times to come but they don't come to stay; they came to pass. 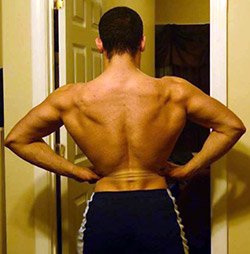 "Your dream is the most important goal of all and nobody can take it from you."

I will become the best me because it's the only aspect I can control. I won't quit bodybuilding until I step on the big stage and remain the last man standing, crowned Mr. Olympia.

Your dream is the most important goal of all and nobody can take it from you. Keep moving forward and never allow failure or fear to catch up. Expect to fall down and struggle every once in a while. All that matters is how you get up and overcome failure.

Who is your favorite competitor?

Bodybuilding.com is one of the best websites in existence to buy supplements and read great articles. I'm not a big fan of reading, but the articles are interesting and full of advice.