You may have logged some serious hours in the gym, but that doesn't mean you sound like an expert. If you've said any of these nine things, you may need to brush up on your fitness knowledge!

The world of fitness possesses a complex lexicon all its own. To make things worse, not everyone knows the proper meaning of every word or phrase, which means malapropisms and misnomers spread like wildfire. When I first started learning about Olympic lifts, I called the clean and jerk the clean and snatch. After numerous smirks and one kind soul who corrected my mistake, I wanted to punch myself in embarrassment.

If you've ever been in a similar situation, I'm here to help.

I believe it was Inigo Montoya (Princess Bride, anyone?) who first said: "I do not think it means what you think it means." That saying is a necessity when you're partners in crime with a Sicilian who uses "inconceivable" as an expletive, but I also think it's a great way to respond to the many things we hear in the gym. Here are nine common sentences that may not mean what you think they mean.

1 / "The lactic acid buildup made my legs hurt for days!" 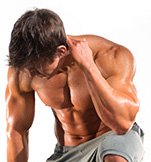 Fortunately, this is a fairly easy one to fix. While there is such a thing as "lactic acid," according to the NSCA's Essentials of Strength and Conditioning, the lactic acid molecule actually cannot exist at physiological pH. What you think is lactic acid is actually lactate. The brief pain you feel from high-intensity exercise is actually caused by acidosis, a side effect of high lactate levels.

We've all heard somebody say they want to be "functionally fit." In reality, function depends on sport. What is functional for a bodybuilder isn't necessarily functional for a powerlifter—hence, the different body types and skills. A dude who tries to get as much weight on a squat as possible would probably not spend as much time doing biceps curls. On the other hand, loading a barbell and doing bench presses in the shortest range of motion (ROM) possible probably wouldn't help a guy looking to add size to his chest.

When most people say "functional fitness," they mean they want to train multiple fitness qualities. They don't want to be all "show" and no "go." Those of us who aren't specialized athletes probably want to be stronger, faster, more flexible, healthier, and able to recover more efficiently. Any training that promotes these qualities is "functional." 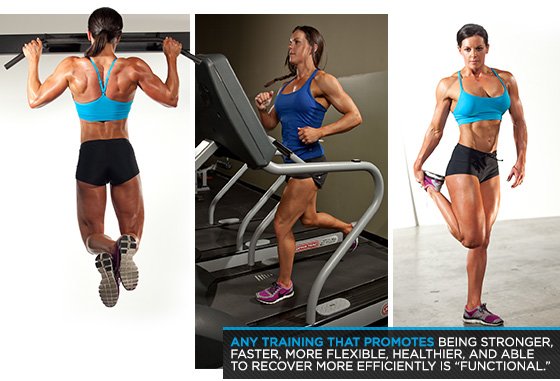 3 / "My coach is making me do Olympic lifting."

Many people assume that the words powerlifting, weightlifting, and Olympic lifting can be used interchangeably. The truth is that these words denote very specific practices. Sure, there are similarities: powerlifters and Olympic lifters want to lift as much weight as possible, and they get three attempts to perform each lift. The winner of the competition is the person who lifts the most combined weight.

Powerlifters, on the other hand, compete in the sport of "powerlifting." Powerlifts are strictly the squat, bench press, and deadlift. Powerlifters can compete in either "raw" or "equipped" meets and federations. Equipped powerlifters may use bench shirts, squat suits, briefs, and wraps.

If you're not in either community, mixing up the names may seem harmless. But, try comparing it to something else. The next time you're watching the Super Bowl, I dare you to mix up American football and futbol. I guarantee somebody will mind. 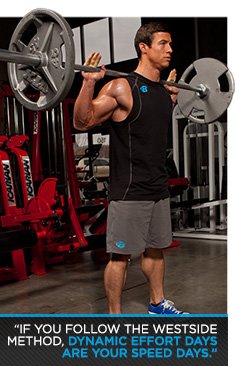 I hear people use the word "dynamic" in the gym and often wonder if they know the proper definition. There are actually two ways to use "dynamic" correctly: when you're talking about flexibility or dynamic effort training.

Your "dynamic flexibility" means your available ROM. If your coach or trainer makes you do "dynamic stretching," it means you're moving and stretching, rather than stretching and holding. Leg swings, walking lunges, arm circles, hip circles, etc., are examples of dynamic stretches. According to a study published in the 2012 Journal of Human Kinetics,2 researchers found that dynamic stretches were the best warm-ups for "optimizing countermovement jump performance."

Static stretching differs from dynamic stretching in that there is no movement. If you sit on your butt, reach for your toes, and hold the position, you're doing a static stretch.

"Dynamic effort," however, is a training method. If you follow the Westside method, dynamic effort days are your speed days. During dynamic effort workouts, you use sub-max weights for many sets using maximum force.3 The point is to get high-quality volume, practice reps for set up and technique, and train acceleration.

In exercise science, "intensity" has a specific definition. It's not synonymous with strength, and it doesn't refer to how "hard" you worked out. To a kinesiologist, intensity is specific term for the amount of effort your body expends. It's a measure of your effort against your maximum capability. If you're doing cardio, you can measure intensity by working at a certain percentage of your VO2 max. Lifters measure intensity by using weight that is a specific percentage of their one rep max (1RM).

We might call a workout "intense" without considering its actual meaning. Intense is different than "difficult." Intensity is a measure of power output, not an adjective.

As it turns out, balance and stability are two different things. Stability is your body's current state of resistance to change or displacement. Your stability is always shifting; it changes constantly depending on how heavy you are, your relationship to the ground (whether you're sitting or standing), and to the forces around you. Balance, on the other hand, is your capability of maintaining equilibrium. Balance is an actual skill, rather than a state of being. 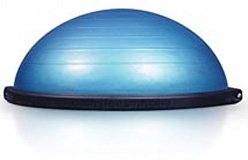 It seems to be en vogue for trainers to make their clients do everything on a Bosu ball and call it "stability training." This is problematic for a couple of reasons: One, you're actually training balance, not stability. Two, science says that balance is skill-specific.4

That means the only thing standing on a Bosu ball is going to help you do is stand on a Bosu ball. You don't play sports on a waterbed. If you want to have better balance, practice doing things you're bad at. If you're terribly unbalanced on one leg, then stand on one leg more often.

For some reason, women, their trainers, and advertisers have kidnapped the word "toned" and turned it into the ultimate lady goal. It seems that being muscular is not a goal women should aspire to. Here's the real deal: You can't see shape without muscles. You can run on the treadmill or swoosh away on the elliptical all day. Sure, you might get thinner, but without some meat on your delts, triceps, and biceps, you'll never see those awesome shoulder caps.

Ladies, "I want more muscle," is an absolutely legitimate goal to tell your trainer or your friends.

On a scientific note, "tone" actually has meaning on a physiological level. Your muscles maintain a low-level contraction, even when you're at rest. That's why your muscles are always at least a little firm. This is called "muscle tone," or "residual muscle tension." It helps keep you upright, and maintain balance and posture. In this light, there's really no way to "tone up" your muscles—they're already toned.

What people should say is, "lift with your hips." Your hips connect your legs and your back. They're extremely important to many movements. Squats, deadlifts, and cleans can't be done well without utilizing the hips. Learn how to hinge them! 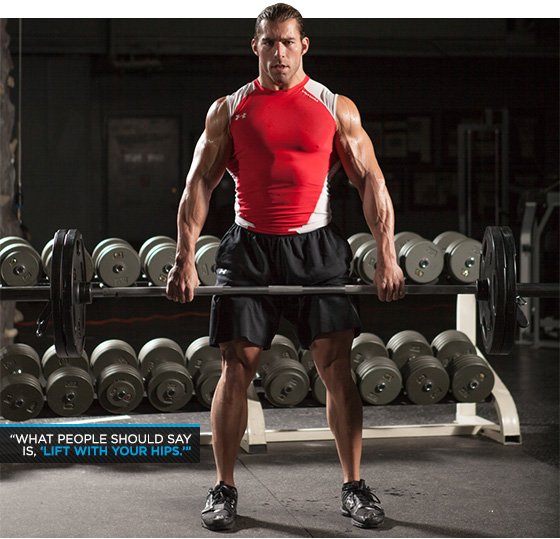 Funny enough, it's impossible to do a "bicep" curl. The muscles on your upper arms are called the biceps brachii and the triceps brachii. There are two heads on the biceps muscle, and three on your triceps. You can't do a curl with one head of your biceps. You can't do an overhead extension with one head of your triceps. The "s" isn't optional; it's the actual name of the muscle.