If you're just starting out in weightlifting, finding the right gym in a city as big as Los Angeles can be a lofty task. When all you want is a solid workout, any place with the latest cardio machines, fancy equipment, and intense boot-camp-style workouts could do the trick, right? But in your heart, you know that the one thing all the fitness megaplexes lack is... family.

Enter Barbell Brigade. From the outside, Barbell Brigade appears to be unassuming, but upon stepping inside, your Spidey-like senses just know that there's something different—something special. It could be that, at the entrance, you are met by the biggest smiles and warmest greetings from the gym's core members (and evidently, a ragtag staff of really buff bros), who seemingly know everyone by their first name.

Or it could be the fact that the spacious and minimalist-looking facility is a lifter's dream come true, with squat racks upon squat racks as far as the eye can see. No locker rooms, or even showers; just rows of iron and people who genuinely want to lift and enjoy doing it. Indeed, Barbell Brigade is a breath of fresh (albeit, sweat-infused) air for beginners and experienced lifters alike, who want something different from the standard commercial gym. 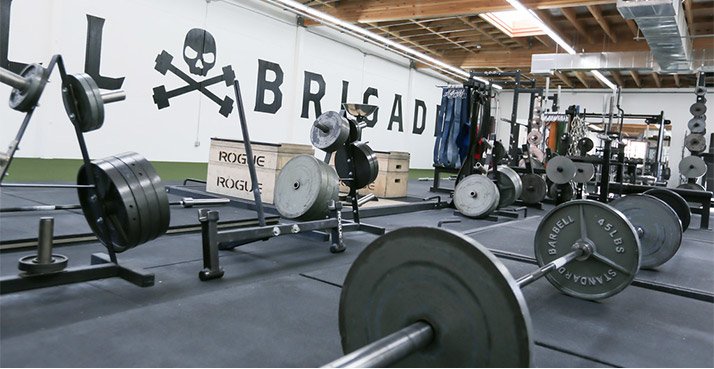 "From the outside, Barbell Brigade appears to be unassuming, but upon stepping inside, your Spidey-like senses just know that there's something different—something special."

Opened by YouTube comedians Bart Kwan and Geovanna Antoinette of JustKiddingFilms, Barbell Brigade combines an old-school feel with a modern but somehow vintage look. Bart likes to think of it as "taking a 1960s muscle car and making it have sex with a [BMW] M5." (Have fun with that image in your head, car fanatics.)

"There are a growing number of powerlifters, weightlifters, CrossFitters, bodybuilders, and folks who are really into fitness but feel like outcasts at a regular commercial gym," says Bart. "At other gyms, you have to contain yourself, grunt and drop weights 'softly,' and deal with things that we [the owners] were really fed up with."

Although the gym layout skews more toward experienced and hardcore lifters, the unique togetherness of Barbell Brigade makes it appealing to people of all levels. "The thing that sets us apart here is that the community is so strong," says Geovanna. "Rather than be just a gym community, the people are more like family."

"Although we originally intended it for a place to work out, it turned into a place like a bar where everyone can just get together and hang out, talking about whatever," he adds.

"It's more about the attitude and mentality of 'being hardcore' here," says Bart. "Of always striving for your personal best. Beginners are encouraged to go balls-out and try their hardest—no matter what weight they're pushing."

Although Bart himself is a very experienced lifter, he coined and stands by the gym's motto: Dominate humbly. 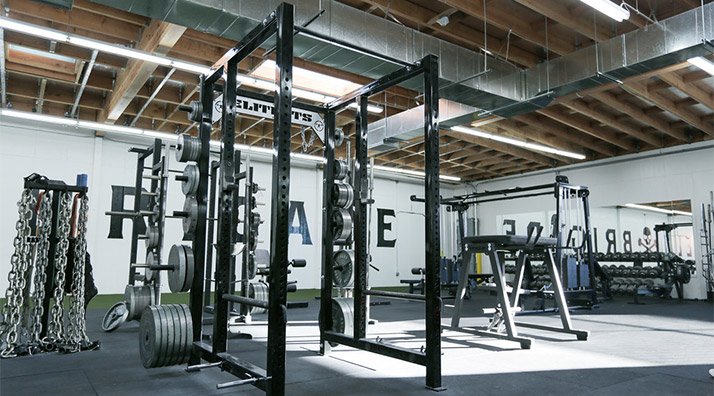 "Your training level doesn't matter. If you're in here and you have the same mentality and attitude, we're all going to help one another out no matter what. Even the strongest veteran trainees are going to exchange knowledge with beginners."

Build It, and They Will Come

The gym itself lives in a renovated warehouse, but the dinginess gives it character and is conducive to productive weightlifting. After all, a lot of people there are really dedicated and record-breaking hobbyists.

"At Barbell Brigade, we've provided an environment in which you can go HAM. Our staff is all competitive powerlifters, yet we're BodyFit Eliteible and willing to help everyone out. People can open up here, try new exercises, and explore the things they were too afraid to dive into before," says Bart. "Everyone has an open mind here and understands that fitness is moving the body in any way. If you want to jump off the wall, you can!"

The family-oriented community of the gym makes it welcoming even to women who used to be afraid of weights. "Sometimes the girls lift more weights than other guys, and that is really hot and awesome to see," Bart adds. 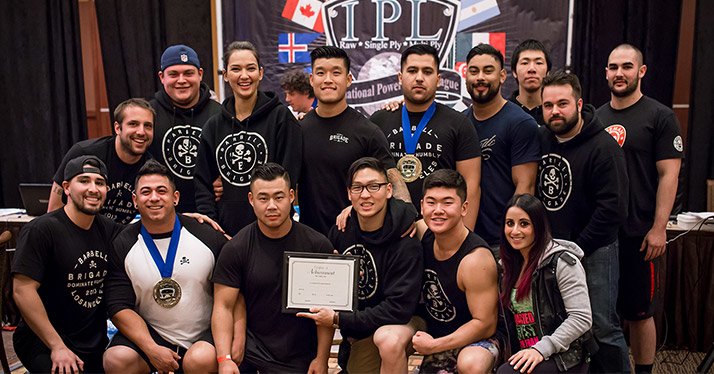 "Our staff is all competitive powerlifters, yet we're BodyFit Eliteible and willing to help everyone out. People can open up here, try new exercises, and explore the things they were too afraid to dive into before."

The next logical step is to expand Barbell Brigade to other areas like Orange County, Northern California, and—sky's the limit—maybe even Australia! "We don't want to hog Barbell Brigade in only Los Angeles," Bart finishes.