As I was informed of the proposed name I was delighted - Intensity. Nothing better describes my philosophy of the development of an athlete...

Intensity - The state or quality of being intense; intenseness; extreme degree; as, intensity of heat, cold, mental application, passion, etc. The amount or degree of energy with which a force operates or a cause acts; effectiveness, as estimated by results produced.

As I was approached by the founders of this publication, I became intrigued with writing for the inaugural issue of a magazine. As I agreed to do so, the magazine was still untitled. With so many topics to choose from I debated from a virtually limitless range. As I was informed of the proposed name I was delighted - Intensity. Nothing better describes my philosophy of the development of an athlete. 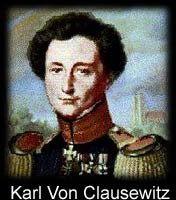 In fact, intensity describes so much of the pathway for success, whether in athletic terms, business career, scholastic endeavors or home life. For as the definition notes, intensity is the determinant of focus, power, strength and passion. It is said that success breeds success, but as the 19th century Prussian military leader, Karl Von Clausewitz stated, "human will is indefensible." Throughout the history of man, society has been obsessed with incredible feats of physical performance accomplished through raw desire and intensity. Legendary tales of the great athletes and their accomplishments have been told throughout time.

Their athletic abilities have often reached mythical, deity-like proportions. Nations have identified themselves with the performance of athletes and warriors and have exalted in their victories as well as suffering in defeat. The quest to be accorded ranking as "the best" has been a constant pattern of goals. Athlete's young and old have strived to stand among the finest. This pursuit has caused an endless array of approaches to physical preparation and sparked the debate of how to achieve the intended goal.

As long as this fascination with athletics has occurred, the debate of whether a great athlete's traits are inherited or learnt has also existed. As in the form of animal's bloodlines, some believe it is an innate ability that lays hidden deep in the genetic code. Others contend that excellence is determined in training that can be enhanced with a special elixir, nectar and ambrosia if you will. It is my belief that while it may be a road less traveled, a pathway to greatness exists.

Unquestionably, we are all born with a different genetic code that will influence our potential. There is no denying this, but the question is of what influence can training play upon making a person of average talent exceed others-and to what extent. The field of science and technology continues to investigate this area hoping to find conclusive evidence that will unlock the mysteries of athletic potential; they hope to determine if training protocols can create a champion from a novice.

"Forsake all inhibitions, Pursue thy dreams."

However, above and beyond all other factors, I believe the greatest determinant is "want and desire." An athlete's desire to better himself must dwell as an inner insatiable thirst. For success to be achieved he must adopt a "never-say-die" attitude within a simple decree that there are no limitations. You see, I believe that in our lives, whether in the walk of life or as an athlete, there are no boundaries ? and I intend on proving that within each of us lives a champion. Purely, to quote Walt Whitman, "Forsake all inhibitions, Pursue thy dreams."

So lets get a few things straight, results are the offspring of hard work-brutally hard work. The problem that most of the populous suffers (whether athletes or not) is that they are the victims of poor long-term preparation. Typically, exercise approaches of physical education classes in their youth have created an unfit generation with a low threshold of work capacity and worse yet, a laissez-faire approach to physical development.

The concept of my training philosophy, which is to some revolutionary, is in truth a return to a work ethic that not only builds athletes' physical prowess but also their relentless pursuit of victory. The elixir to success is a simple insatiable desire to out

perform your competition, or quite possibly your greatest adversary yourself.

Success in all pursuits is merely a pattern of behavior. This pattern is not a circumstantial event but a well-orchestrated model. Triumph in sport is not a haphazard event; it is a formula that begins during hard training days and the development of a relentless attitude. And while through this column we will discuss the physical development of an athlete, the dividend of an enhanced work ethic is quite possibly one of the single greatest benefits of physical fitness and my training philosophy. These functional needs have established the mantra as it relates to my training philosophy, that is form, function and yes, intensity.

Clients range from the NFL elite to High School players who all share the common blood-thirsty need for victory. No-longer the best-kept secret, The Renegade is part of the Bodybuilding.com team.