You think of baseball players as the boys of summer, but grown men like José Bautista must prepare to grind through all four seasons.

The career trajectory of a big league power hitter is usually as predictable as a sweet-spot blast arcing into the left field seats. These guys start strong, put up crazy stats in their mid-to-late 20s, and then slowly wither to "warning track power" status as they push through their 30s, limping along as designated hitters and platoon first basemen until their waning power goes dark. 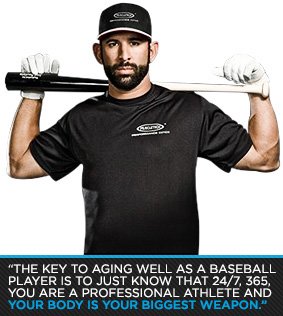 It almost never happens the way it has for 33-year-old Toronto Blue Jays slugger José Bautista. He was drafted in the 20th round, bounced around in the minor leagues, and started inauspiciously in the bigs. It wasn't until he joined the Blue Jays in his late 20s that he turned into a one-man wrecking crew. In 2010, he became only the 26th player in MLB history to hit at least 50 home runs.

That kind of leap doesn't happen by accident. It's the product of a strong mind guiding a strong body to new heights. Such power isn't generated from massive lifts at max effort. It's created in hip mobility, bat speed, balance, and hand-eye coordination. Bautista supplements those natural talents with quality nutrition and some help from MuscleTech.

In this interview, he opens up his stance on training, nutrition, and how to stay healthy for the grueling duration of an MLB season.

Q
Was there a moment—a day, or even a year—when you feel like you finally "figured out" fitness? What was holding you back before that?

I don't think it was a particular day. I was really skinny growing up and I had to put on some weight. I was on the opposite side of the spectrum from everyone else. They were trying to keep their weight down and I had to work out pretty hard and increase my diet to gain some weight.

That's when I started learning about fitness, dieting, working out, and living right. I started to get into it when I first arrived to the United States from the Dominican Republic, when I started junior college.

You're known for having quick and powerful hips which help you to pull the ball with power. Is that something you work on in your training as well?

Having quick and powerful hips is not something that I work on. It's something that just came naturally to me. I do understand, though, that it creates more torque, which increases my bat speed so I can hit the ball harder and farther. I learned that at an early age. I was really taught that by my little league coach and I have been working on it ever since. 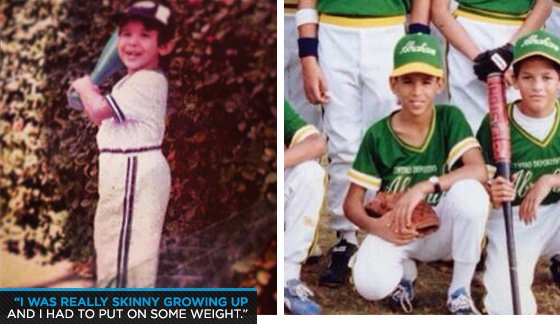 Do elite hitters spend more time in the gym? Do they train differently, or more smartly, than up-and-coming players?

Elite players don't necessarily spend more time in the gym or train harder. I think they just get smarter at what they need to do to get ready for that particular game every single day. You get to know yourself, get to know the league and you simplify your process of getting ready and getting prepared for every game. I think that's a smarter way to go about it, rather than wasting your time doing a lot of stuff you don't need. You only learn that and get into it as time goes by and being more experienced.

Do you incorporate a lot of sport-specific physical training, or do you focus more on generalized strength and conditioning training? 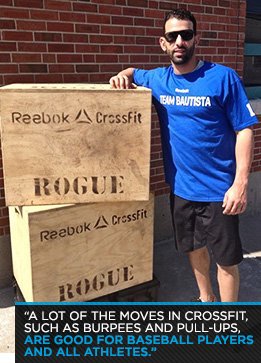 I incorporate some sports-specific training into my whole workout routine, but that's not what I do exclusively. I have a good mix, I believe. More important, I try to strengthen certain muscle groups, like my core and my legs (that's what keeps me on the field and healthy). After that I do more mixes of strength training, plyometrics, CrossFit-style workouts, and baseball-specific moves.

You've done Crossfit workouts in recent years. What benefit did that provide, and have you stuck with it?

I think CrossFit-style workouts help players with a lot of aerobics; your pace gets going, you build up your endurance and at the same time you get to work on your power. As you may know, a lot of the moves in CrossFit, such as burpees and pull-ups, are good for baseball players and all athletes. They strengthen your core.

How does your offseason nutrition and supplementation compare with in-season? How has this changed over the course of your career?

During the offseason, my diet changes tremendously. I usually lose 10-15 pounds from the long season we have, so I have to get my weight back up. I have to load up on some calories, obviously keeping the cholesterol as low as I can. That's usually my rest period.

After I start working out again, I load up on the protein and carbs and try to keep as much energy in my body as I can. I take some supplements, obviously from MuscleTech. I take Nitrotech, that's my favorite. In that rest period I just take it easy, let my body heal. After that I start working out and go from there.

During the season, my diet changes. I have more meals throughout the day, but they are smaller. A lot of times you're on the go and eat quickly. You just get that shake in you; the NitroTech supplies me with whatever I need. 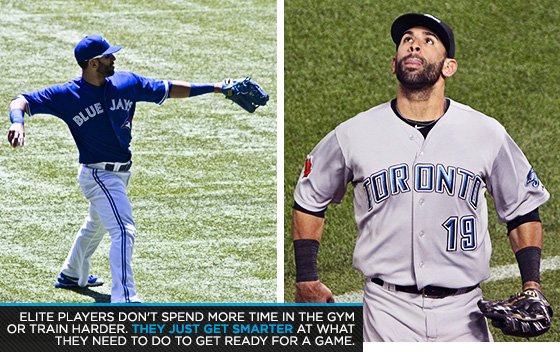 Same question, but in regard to training: How has your approach to inseason/offseason training changed over the course of your career?

My approach to the workouts during the season changes in a big way throughout the year. During the season, early on, I used to load up on the weights, and that would make me really tight. I would get more muscle cramps and more pulls.

I learned early in my professional career that I had to lower my reps and the weight. The offseason is the only time I can [lift more weights], and that's a change I've had to make.

This season you've played in the entirety of six extra-inning games, including an 18-inning and a 17-inning game. How do you approach in-game nutrition and energy in those situations? Are sunflower seeds and a sports drink enough?

You know, long games are usually a big toll on players, more mentally than physically. It is a huge difference when you have to play 17- and 18-inning games.

Nobody is prepared for that when you go out on the field at 7 o'clock or whatever time the game starts. You just try to stay hydrated. It's hard to get a meal in the middle of a game. As long as I am hydrated, I am usually OK. 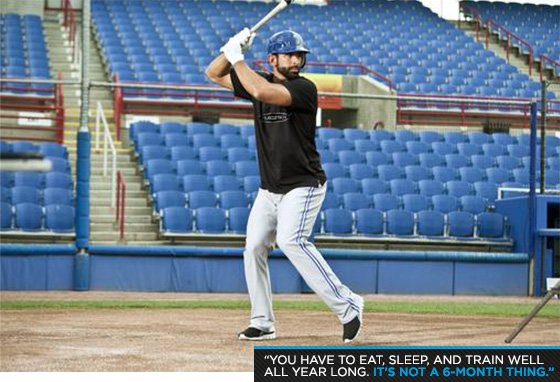 You've suffered from back spasms this season. How do you work around an injury like that?

The back spasms I suffered this season were the product of playing aggressively and having two awkward slides. I had to miss three or four games because of it. The only way you can work through it is by getting in that training room, get the rehab, rest up, and find a way to put a lot of work in. Your training staff does physical therapy on you and if a doctor recommends some medicine, you also have to take that to take the inflammation down.

What is the key to aging well as a baseball player, and how are you approaching the challenge of playing at a high level in your 30s?

The key to aging well as a baseball player is to just know that 24/7, 365, you are a professional athlete and your body is your biggest weapon. So, you have to take care of it the right way. You have to eat, sleep, and train well all year long. It's not a 6-month thing. You have to do it all year round.