Over 40 Amateur Of The Week: Building With Age

Sometimes it takes criticism from your mom to wake you up. Christian needed to be told he was obese so he could see it for himself. Years later, he still uses those words as motivation!

Q. How did your fitness journey begin?

I was always extremely athletic until I my second year at Virginia Tech when I became consumed with partying and academics and quit the rugby and tennis teams. After graduating, I realized, to my surprise, that I was reaching 200 pounds. For whatever reason, it didn't provoke me to change my habits and live a healthier lifestyle. Instead, I went to graduate school and kept eating badly and drinking like the good Canadian I am. 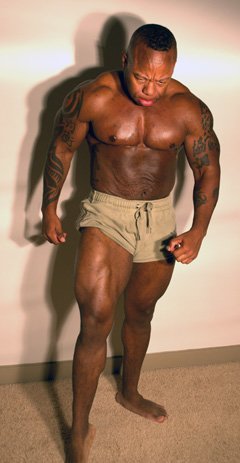 It wasn't until I graduated from graduate school and got into my car that my mum said the words that changed my life. My Camry sunk down every time I sat down and she finally said that I was morbidly obese. I was 28 years old and weighed 375 pounds. She said if I kept going at this pace I will inherit all of the family health problems. Those words were harsh, but she saved my life.

After that talk, I hired a trainer who kicked my butt every day and used the fact that I'm an alpha personality who doesn't accept failure to my advantage. I lost 150 pounds in a year and was completely hooked. After that, I started reading Muscular Development and I wanted to be those guys. I have been chasing that goal ever since. I will get there. Would you count a guy out who has the determination to lose a whole person? I wouldn't bet against me.

I work out six days per week. Because my metabolism is slow, I do cardio five times per week, sometimes every day depending on how my body is responding the week before.

I love bodybuilding because of several reasons. I love the discipline, the solitude, the aggression, the esteem it provides, the aesthetics, and the challenge.

My mum motivates me a lot. She is on dialysis, had four strokes, and has the will to fight another day. I think that is incredible. The 32 students who died during the Virginia Tech rampage motivate me. As far as bodybuilding, I'm inspired by Flex Lewis, Jon Delarosa, Kai Greene, Dennis James, Zupan, Fakhri Mubarak, and Johnnie Jackson. 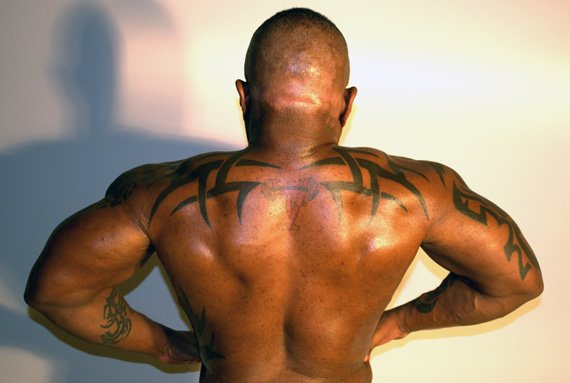 I watch workout videos of Kai Greene and Jon Delarosa.

My future plans are to continue putting on mass until January and prepare for NC states, North Americans, and nationals. In 2014, I would like to do the Arnold Classic with the ultimate goal of getting my pro card.

If you want to compete, find a trainer who believes in you. You must trust that your trainer has your best interests in mind. Be disciplined and focused. Nothing is impossible. Make your own reality. 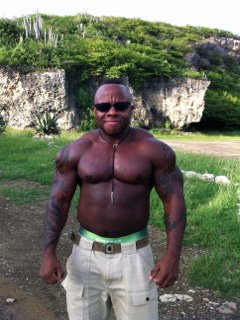 Johnnie Jackson is my favorite because he has heart, determination, and works his butt off. He also has the best upper body in the business and his physique is the physique I pattern my mine after. I'm still chasing it.

I buy most of my supplements from Bodybuilding.com. I refer a lot to the Blood and Guts segment and the Charles Glass series. I also use the elevation tool to keep track of my goals and progress.

Thanks: I would like to thank my trainer PD Devers and Jay Jolly. PD is my awesome trainer and motivator. Jay Jolly is my second set of eyes. I owe both of these gentlemen a great deal.