The truth is out there. You just need to know what to read. Check out these busted myths about birth control, the menstrual cycle and fitness.

We all dreaded high school rumors. Without your knowing how it happened, suddenly the whole 10th grade believed you kissed Coach Knox and were responsible for the heinous x-rated graffiti in the bathroom. It was also rumored that your dad was the caterpillar on the "Money Tree" commercials.

These rumors had little merit, and were debunked or forgotten after a few days (unless, of course, Coach Knox looked like Jake Gyllenhaal. I wouldn't deny that rumor).

I continued to hear rumors throughout my life, including a bunch having to do with women and exercise. I find these particularly interesting because a) I'm a woman and b) I'm interested in fitness.

I'm not talking about rumors like: "If women lift weights, they'll get bulky," or "Women shouldn't take protein supplements." Those rumors have been strapped to a bottle rocket and launched into the night. No, I'm talking about rumors about birth control, the menstrual cycle, and how they relate to fitness. 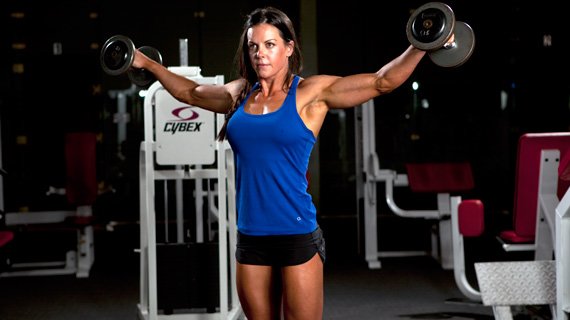 "It's her body. And she chooses to work it!"

The following are rumors I've heard from eaves-dropping, my friends, coaches and the all-knowing Internet. Some of these I spent a good chunk of my life believing; others I know are absolute garbage. The third group, I'm not sure about.

My goal now is to separate rumor from science, myth from reality, fact from fiction, horses from unicorns - well, you get the picture.

When I first began using birth-control pills, I was a freshman in college. I was positive they made me gain the dreaded "Freshman 15." Apparently, I was not alone. According to a 2003 survey, weight gain is the No. 1 reason women quit taking contraceptives.

In theory, there could be biological reasons for weight gain due to contraceptives: fluid retention and/or extra fat due to a hormonally-created increase in appetite.

More likely: the weight gain is due to a combination of genetic and lifestyle factors having nothing to do with "the pill."

If I consider my college lifestyle - beer, ice cream, beer, sliders, beer - then there's no wonder that Freshman 15 was so thoroughly attached to my butt and thighs.

I've yet to find a study showing any sort of correlation between contraceptive use and weight gain. Although it's difficult to do any sort of longitudinal study using humans, there just isn't enough conclusive information to make any determination that birth control pills are responsible for weight gain.

Whew! That makes me feel better.

Along the weight-gain issue, I've also heard from numerous women that contraceptives can make you weaker.

It sort of makes sense, in my head at least, that the more female hormones you have in your body, the less a girl would be able to gain musculature. 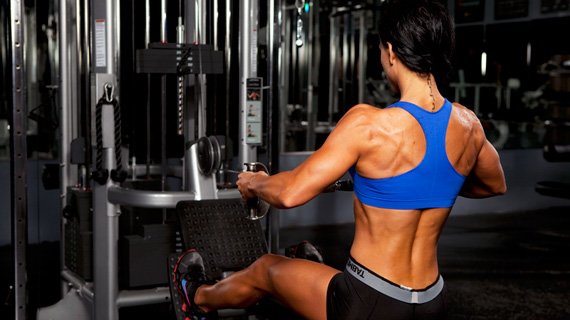 "Who could argue with these facts? Or these lats?"

Of course, the problem with this study is that I'm not a college athlete, and it might be unreliable to use this information to make any sort of decision for us normal people. But this study has given me food for thought.

Numerous other studies found that contraceptives may have potential advantages for female athletes because the hormones stabilize the various phases of menses. This could help aerobic performance, muscle strength, and enhanced growth hormone levels. Also, since contraceptives provide some consistency in the body's thermoregulation, the body might actually perform consistently through the menstrual cycle.

None of these studies prove a cause-and-effect relationship. Nor do I assert that taking birth control will boost your gym performance. However, this information does alleviate some of my fears. It also makes me realize I shouldn't eavesdrop in the locker room.

Rumor 3 "My Athletic Performance Is Worse On My Period"

This rumor is pretty tough to decipher. Of course we don't always feel all that great at that time of the month. And, for some women, feeling crappy pretty much stays all day: whether they're on the basketball court, at work or lying on the couch.

However, world records, gold medals and failures have occurred in all phases of the menstrual cycle. Science can't seem to document any significant changes in measures of athletic performance, and it's almost impossible to eliminate the inherent bias that comes with describing the effects of PMS.

There are of course, subtle changes that occur in each of us. But again, it's difficult to measure how much this might influence athletic performance. 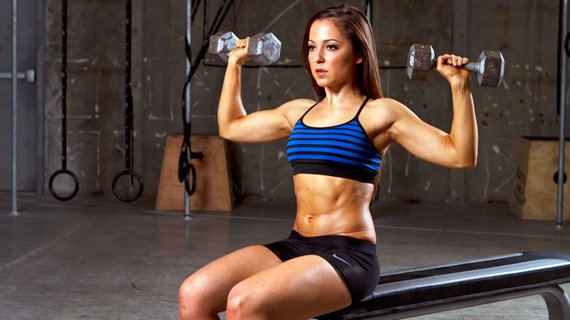 "There's nothing subtle about her strength!"

According to one study, some swimmers performed worse during premenstrual times and cross-country skiers have done better post-menstruation. Investigators, it seems, aren't sure how to call this. Neither am I, for that matter.

I suppose that our physical capabilities are the same no matter what is happening in our uterus. However, our minds have a huge influence, so perhaps feeling weak, tired, irritated influences how we work out.

My Athletic Performance Is Worse On My Period: MAYBE

This is a tough rumor to decipher, too; the evidence conflicts. Scientists base a lot of their studies on subject-answered surveys concerning the menstrual cycle. Getting accurate answers is problematic to say the least; who actually knows when she's in the Follicular Stage of the menstrual cycle? Not me (although I know some balding guys who'd love it).

For those of us who aren't collegiate athletes and don't spend too much time planting, cutting, or playing tenacious defense, we probably don't have to worry too much about injuries. Of course, if you're trying to deadlift 200 pounds without even considering using your legs, you're sort of asking for it.

Significant evidence suggests that women who have menstrual dysfunction are more likely to sustain injury. Women who spend too much time exercising and not enough time eating stop getting their periods and also experience low bone mineral density. Weak bones make for a weak body. Weak bodies are easily injured. See a trend here?

I'd say the jury is still out on this one. Check back in a year or two.

You're More Likely To Get Injured If You're On Your Period: MAYBE