A PR is great, but it's just a number. Strengthen your life from the bottom up, and your lifts will grow alongside it!

In the world of iron, there are no achievements that comes without great sacrifice and exertion. It takes the deepest kind of commitment, self-knowledge, and hard work to wholeheartedly pursue peak fitness, supreme athletic performance, and to transform the human physique into an arresting sculpture hewn in adamantine muscle. Pursuing your iron goals can be the most gratifying experience you have, but it can also be a lonely business.

But Milo and his thousands of peers in the Militia around the globe also believe to their rock-hard cores that "alone time" is no excuse to become isolated. They know they can achieve more together, as long as they are united by the right ideals. Strong principles, they know, transcend any specific goals or geography and can make anyone, anywhere better and more capable to move any weight.

"I want to be proportionate, work on my weak spots, and make sure I give 100 percent in the gym."

"My goal is to compete in powerlifting again."

The Militia is dedicated to bringing together competitive athletes, powerlifters, meatheads, newbies, and physique junkies of all ages from all backgrounds and walks of life. No matter where or how you train, they believe that you can benefit from being in a supportive, inclusive community dedicated to training at the highest level.

"The Fuel Team Militia is for everyone who is dedicated to getting stronger, being better at what they do, or is interested in the fit lifestyle," says powerlifter and Militia Field General Jason Wheat. "We get together as a group to do gym invasions; we inspire each other, cheer for each other, and motivate each other toward our goals." 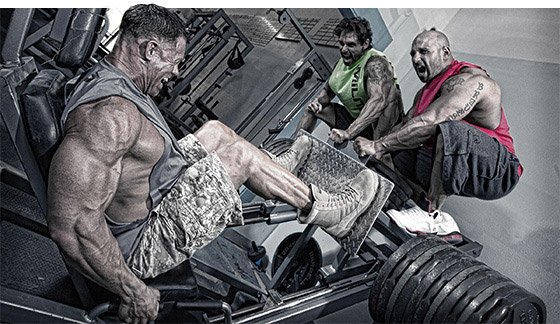 "We get together as a group to do gym invasions; we inspire each other, cheer for each other, and motivate each other toward our goals."

When Militia members hold a gym invasion, it's about strong lifters joining together to push each other to their limits. That could mean helping a teenager new to training hit his or her first 135-pound squat, or cheering on beasts like Milo and Wheat as they squat so many plates that you need a calculator to do the math.

The only thing that matters: Each guy gives his everything to push himself and his brothers, every rep, every set, every time they step into the gym.

Every lifter was once a beginner. To get better, faster in your training it helps to draw on the wisdom, knowledge, and experience of guys who have been banging iron for years. But when you don't even know what you don't know about training, it can be intimidating as hell to work up the nerve to ask someone bigger and stronger than you to take time out of their training routine to help you out. The Militia firmly believes in breaking down these walls.

"There's a stereotype that guys who like to train are just big, dumb, and egotistical," says Militia member Chris Thompson. "We want to change the way the world looks at guys like us and create a paradigm shift so that the biggest, baddest guys in the gym will also be the coolest, most helpful, and encouraging guys in the gym." 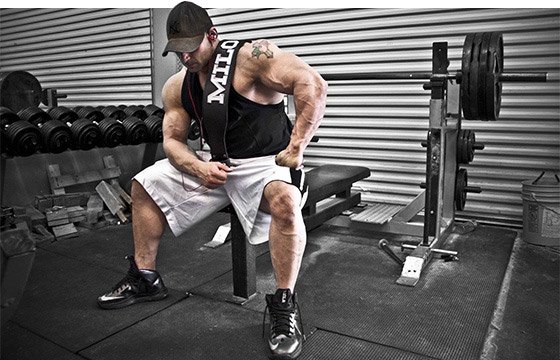 To get better and faster in your training it helps to draw on the wisdom, knowledge, and experience of guys who have been banging iron for years.

To do that, Militia members like Thompson, Milo, and Wheat go out of the way to be a resource for other people in the gym, whatever experience level, size, or shape they might be.

"It's a 'pay it forward' kind of deal," says Milo. "I had older, more experienced guys help me out when I was younger, and in the Militia we feel it's really important that we be there for other guys, too. I make a point of saying hello to everybody at the gym and making people feel comfortable asking questions." 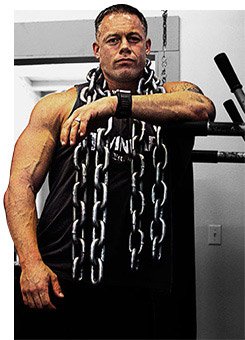 "If it was easy to be huge or have six-pack abs, then everyone would be huge with six-pack abs."

While the Militia welcomes people training toward any goal from anywhere on the spectrum of strength and fitness, sacrifice is mandatory. Without it, Militia members know, nothing great can be achieved at any level of training.

"If it was easy to be huge or have six-pack abs, then everyone would be huge with six-pack abs," says Wheat. "I don't always want to get up at 6 in the morning to do fasted cardio, but sometimes that's what you have to do to get the results that you want."

Wheat works on a search and rescue squad based out of a firehouse, and like everyone else, temptations abound at work for him in the form of sweets and treats. "When you have Girl Scout cookies in front of you, you have to think about not letting your Militia brothers down and eat chicken and broccoli instead," he says.

All those cliches you've heard about how results taste better than any treat are popular for a reason: They're true. Refuse to sacrifice and you sacrifice your chance to be great.

Sacrifice goes hand-in-hand with another Militia guiding principle: consistency. "The key to success is consistency," says Thompson. "Practice doesn't make perfect, it makes consistent. Perfect practice makes perfect. Being a Militia member means you strive to get closer to perfect practice through consistency, and you help your Militia brothers to be consistent, too. You see a kid squatting with poor form and help him do it right and help him get on the right path."

Being in the Militia means being a teacher and a leader for your fellow members, but just as importantly, for anyone else you encounter in the weight room or in your life. Put another way, it means living how you lift, embodying consistency and dedication to greatness in how you carry yourself, how you interact with others at the gym, the training you do, and in your diet, too, no matter how tough it might be.

Being in the Militia means being a teacher and a leader for your fellow members, but just as importantly, for anyone else you encounter in the weight room or in your life.

Thompson's job as a Twinlab executive means he frequently travels for meeting and business. But even on the road, he sticks to the same macros at every meal—45 grams of clean protein, 40 grams of carbs from fruits or vegetables, and 17 grams of healthy fats. When he's hungry or has to do fasted cardio, he'll reach for a packet of Pro Series MVP Fuel to stay sharp.

It's a routine Milo knows well, too. "People think I just train and sleep all day," he says, "but I have a job in sales, and I'm in planes, cars, or face-to-face with accounts. We do what we need to do." For him, that often includes packing a day's worth of meals in his car and eating in parking lots between appointments. It means booking hotels near grocery stores on the road so he has access to healthy, clean food.

"There have been times when I've made cream of rice using a hotel room coffee maker," he admits. It's a total commitment to consistency, but once you make it and accept it, it stops being a challenge and becomes a simple expression of your lifestyle.

Milo and Wheat recently made a two-hour road trip from their home base in Orlando to Jacksonville for a gym invasion with other Militia members. "We had 18 guys there training together," says Wheat. "We were mixing it up, pushing each other. One of the guys there was 140 pounds when he started training with the Militia—now he's 160 pounds." 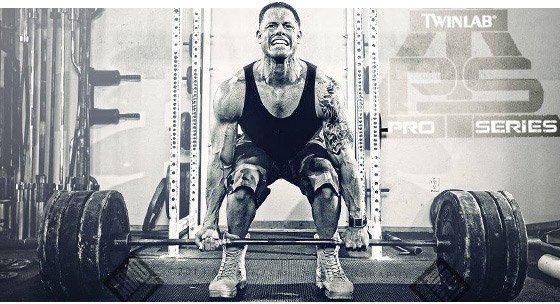 At the end of the workout, Milo and Wheat and other members took turns deadlifting, and when 405 was loaded on the bar, their 160-pound friend stepped up and said he wanted a shot at it. "He'd never pulled 405 before," says Milo. "But we told him to visualize lifting it, to picture himself doing it."

He stepped to the bar, pulled—and locked it out. "We were giving him so much encouragement, the whole gym came over and started cheering for him," says Wheat. "And then he picked it up again and pulled one more rep."

Competition doesn't have to happen on a stage, and it doesn't need a medal to legitimize it. This slender lifter was competing with the iron, with the athletes around him, and most importantly, with every former version of himself who had ever set foot in that weight room. The competition never stops, because there are always bigger mountains of iron to move.

5 Laws Of The Cover Model Body

If you want to look like the magazine cover models, you can. Just follow these five simple rules.

Do You Have These 5 Muscle Misconceptions?

Even if you're all about frying fat this time of year, sooner or later you're going to want to add size. Make sure you do it right. This article can help.