He was known for his peaked biceps, insane calves, and famous tongue wag on stage. Those who competed with and admired Mike Matarazzo recall the man behind the muscle.

"Universally regarded as one of the most genuinely likeable athlete of the '90s competitive circuit, Mike enthralled and inspired audiences."

A former IFBB professional standout and one of bodybuilding's most popular and charismatic champions, Michael Richard Matarazzo, passed away on Aug. 16 from heart disease that had plagued him since his retirement from competitive bodybuilding in 2001. He was 48 years old.

Universally regarded among both fans and fellow competitors as one of the most genuinely likeable athletes of the '90s competitive circuit, Mike enthralled and inspired audiences with his monolithic development (including tape-stretching arms and calves), high-intensity approach to training and living, and pure passion for the sport he loved.

Born in Boston, Mike originally trained to become a boxer, but as the weights he used to increase his pugilistic power began to shape his soon-to-be prodigious physique, he ditched the gloves in favor of the iron. Boxing's loss became bodybuilding's gain as the working-class champ sought to revitalize the iron game with his unparalleled showmanship and uniquely gargantuan physique. Indeed, through his positive energy—both inside and outside of the gym—and his willingness to connect with his fans worldwide, Mike inspired countless would-be competitors.

Mike's pro career was ignited the year he moved from Boston to Southern California, when he won the heavyweight and overall titles at the 1991 NPC USA Championships. Following his USA win, Mike became a regular pro fixture and fan drawcard, contesting 32 events during his 10-year pro career, claiming runner-up three times but never gaining that elusive win. He competed in the Mr. Olympia seven times, with his best placing being ninth in 1998.

Mike competed every year of his pro career, never resting to recharge his battle-weary physique. He knew only one way: full speed ahead. After retiring from professional bodybuilding due to heart complaints, Mike underwent a triple bypass operation for clogged arteries at age 39. Mike told MuscleMag in 2008 that he blamed anabolic substances for a heart condition worsened by two heart attacks.

Mike eventually settled in Modesto, California, and became a bail bondsman until he could no longer continue due to health reasons. He was awaiting a heart transplant when he died at a Stanford University medical hospital. 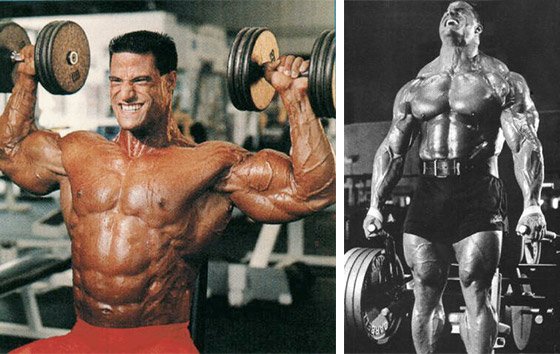 "Mike competed every year of his pro career, never resting to recharge his battle-weary physique. He knew only one way: full speed ahead."

It's very sad we lost Mike; he really was one of my favorite all-around champions. He has left us too early. Mike was very special, modest, honest, friendly, and fearless. We met at Gold's in the early '90s and became instant friends. He was a classy guy, kind and happy.

I was there in 1991 where Mike turned pro. It was supposed to be Flex Wheeler's show but Mike with those big calves just blew everybody's mind. I never saw him in a bad mood and he was always the crowd favorite in every show he competed in. It was his personality and his loud persona and that tongue wagging that he used to do that always got the crowd fired up. I also think the fact that he had big-ass arms to go with his big-ass calves made him stand out. Mike beat me many times when we competed against each other early in my career.

As I think about Mike, I think about intensity in the true sense of the word. And I mean in every aspect of his life. Some people need a lot of words to explain themselves. Mike could tell a story with the expression in his eyes. And he never lied. Thank you for all the respect every time I met you. Thank you for all you have given to [the] world. RIP, big friend.

Mike was always generous to those around him. I always enjoyed his laughter and showmanship, inside and outside the gym. Mike had a good heart and treated everyone the same. It's sad how we have lost another legend. RIP, Mike.

Mike was an incredible bodybuilder who entertained his fans with posing routines and his great physique, replete with huge arms and calves. His fan base was huge and he knew how to get the crowd going. Mike's signature [was] sticking out his tongue, [which] got the audience crazy.

As a person he was a great guy, and was known for being friendly and respectful.

We'll all miss him. 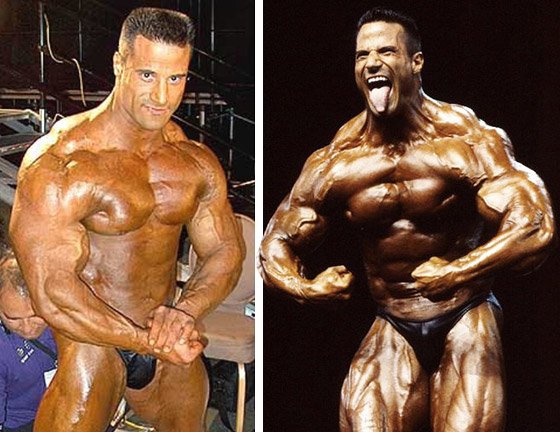 "His fan base was huge and he knew how to get the crowd going. Mike's signature [was] sticking out his tongue, [which] got the audience crazy." - Rich Gaspari

It was very sad news to hear about Mike passing away. I had the honor to compete with him many times. He was a gentleman and always very generous with his fans. My heart goes to his family.

I met the charismatic Matarazzo for the first time at the Firehouse Restaurant in Venice, California. He marched right up to me and started chatting about everything bodybuilding as if we'd known each other for years. He was fascinated by my size (I was 300-plus pounds at that time) and he wanted to know where I came from and when I was going to compete again. He made me feel important; that I actually mattered in the bodybuilding universe. I was elated that this enormous pro bodybuilder took time out of his day to validate me. I was ecstatic; I felt like there was nothing I couldn't accomplish. But that's what Mike did; he made people feel special. No jealousy, no competitiveness; he didn't need to be the king of the bodybuilding world. He just wanted to live the lifestyle, make a comfortable living, and be happy.

Hans Christian Andersen summed it up best when he said, "A human life is a story told by God." In that light, Mike Matarazzo's life was an incredibly compelling story of overcoming odds, believing in yourself, and becoming the best that you can possibly be. Rest peacefully, Mike.

Certainly the greatest guest poser of all time, Mike would've sold tickets at the door, if asked. He was also an extremely fun person to hang out with, unlike most from his era. Once out of the gym, all was left inside and fun was the order of the day.

He was a great ambassador for the sport; he realized he had a gift and enjoyed sharing it. I took Mike to a restaurant miles from the Venice Gold's, and all the waiters knew him and he addressed them all by name. He was the bodybuilding mayor all the way down the coast! He loved being who he was and enjoyed people, particularly people no one ever noticed. He was the bodybuilder for the working class. Big Mike was their guy. His greetings were so genuine ... that smile, a hug, that accent, that presence!

We love you, Michael. 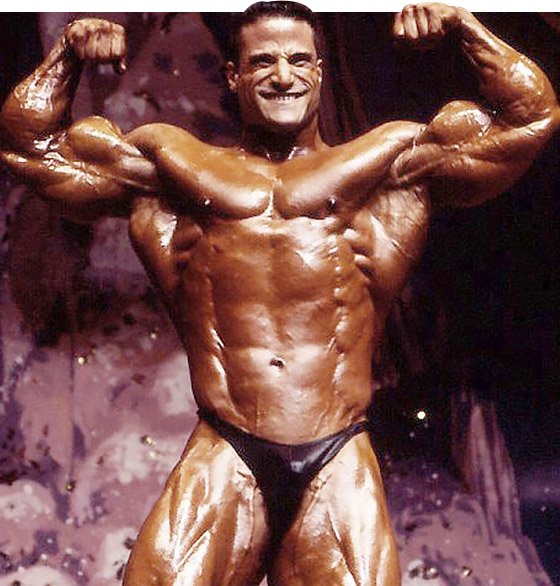 "He loved being who he was and enjoyed people, particularly people no one ever noticed. He was the bodybuilder for the working class. Big Mike was their guy."
- Jim Quinn

Sad to say goodbye so soon!

One of the true bodybuilders who never forgot where he came from or who he was. He'd always start out by saying, "My Father this or my Father that," which spoke volumes to how much he thought of his father, and now he's reunited with him.

While I feel sad for his family I feel grateful to have known Mike and the kind of person he was. He inspired many and became known all over the world based on his blue-collar, no-BS training.

Iron Mike, may you rest in peace and give your father a big hug for me. You'll always be remembered by those who knew you because we simply can never forget you.

I was very sad to hear of Mike's passing. He was a very likeable, genuine guy who wore his heart on his sleeve. A real character and entertainer, I remember at a show, Mike introduced me to his father, Mike Senior, who supported him at each of his shows. Mike said, "That's where I get my calves from." The old man had 20-inch calves without having ever lifted a weight!

I spoke with Mike when he had his bypass operation; I know he was very down because of his loss of physicality. He really wanted to move away from the sport and all the memories. I hope he found peace with his family in the years that passed since his retirement from competitive bodybuilding. Mike spent 48 years with us. Perhaps this seems a short time, but he touched many others in a positive way and he'll never be forgotten.