Welcome to Miami! The Masters Olympia will make an epic return to the IFBB on December 7-8, 2012. All the information you need is right here!

The Masters Olympia is back, baby! This year it comes ready to add some pump to the holiday season. Promoter Jarka Lorie Schneider put together a jam-packed, two-day event that includes bodybuilding and powerlifting competitions, seminars, and everything in between.

Whether you started training in the 80s or were born during the decade, if you're a muscle fan, you need to make the trip to Miami. South Beach will be rocking. Come be a part of something special.

With one of the biggest purses on the IFBB circuit, the Masters Olympia has excited its athletes as much as its fans. On the line is $250,000, so you can bet all these ageless wonders will bring their masterful game to South Beach! 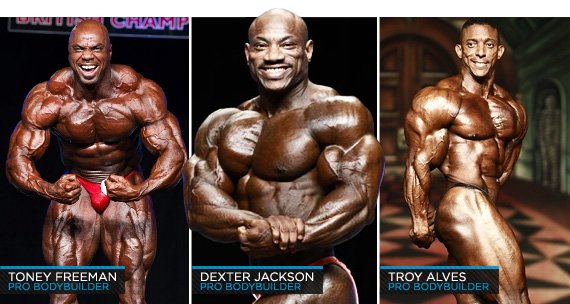 The Masters Olympia was created in 1994. It's been a stage for champs like Robby Robinson, Don Youngblood, and Vince Taylor, but the event hasn't been held since Claude Grouix won in 2003.

This year, 2008 Mr. Olympia Dexter Jackson will try to become only the second man in history to hold both an Olympia and Masters Olympia title—along with a $100,000 prize. Jackson's competition will be fierce. Greats like Toney "X-Man" Freeman, Troy Alves, Dennis James, and Ronny Rockel are going to do their best to overcome the famous cuts of "The Blade." Jackson could also be upset by 1983 Mr. Olympia Samir Bannout. If the "Lebanese Lion" takes the trophy, he'll add to his legacy as one of the greatest champions ever. 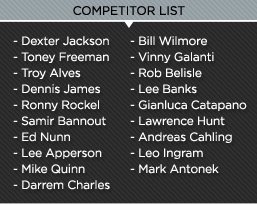 The excitement doesn't stop there. The audience will be treated to guest posing by two-time and reigning Mr. Olympia Phil Heath, eight-time Mr. O Ronnie Coleman, and the legendary aesthetics of Francis Benfatto. You won't want to miss this rare opportunity to see past and present champions go pose for pose!

Don't worry; Masters Weekend won't just be about the beasts. You'll see plenty of fitness beauties. Bikini, Figure, and Fitness events are all a part of the IFBB Pro World Championship competitions. South Beach on its hottest day won't be as hot as the stage at the Fillmore when the ladies showcase the epitome of female fitness.

If you're an up-and-coming physique athlete or just a fan looking for the superstars of tomorrow, then you need to check out the NPC South Beach Classic! Winners of the events qualify for the national level in 2013. They'll be one step closer to becoming a professional athlete, so make sure you see this exciting show. 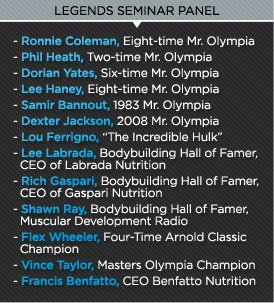 It's a rare day when a group of bodybuilding legends are all together in one room. It's even rarer when they take your burning questions. Want to ask Ronnie Coleman about how he felt after winning his first Olympia? Want to find out how Shawn Ray still stay on top of his game? Now you can! Ask history's best about their training, nutrition, competition prep, and more.

Witness power personified as past world champions Ano Turtianinen and Beau Moore as well as world record holder Brian Schwab headline a field that's so strong you won't believe it. Your 1RM will probably be their warm-up weight, brah!

No bodybuilding weekend is complete without an expo, right? Browse through all of the booths, meet some celebrities, and bring home some swag while you're at it.

If you can't make it down to Miami, log on to www.jarkasgym.com and purchase the live broadcast. Bodybuilding greats Lee Labrada and Lenda Murray will be calling the action and sharing their masterful analysis.

For more information about the 2012 Masters Olympia Weekend and to purchase tickets, go to www.jarkasgym.com or email jarkasgym@gmail.com.