Lift Life: One Athlete's Selfless Gift To His School

When a teen lifter was diagnosed with an aggressive form of cancer, he had the opportunity to make a wish come true. He used it to give back to his school and community and build his own legacy of iron!

One Athlete's Selfless Gift to His High School Lift Life
Watch the video - 25:44

There's a fine line between "charmingly hardcore" and "dilapidated and possibly dangerous" when it comes to weight rooms. That line is in the eye of the lifter, but there's little doubt that the weight room in the rural Idaho community of Firth had slipped into the latter category a long time ago.

It's nobody's fault. Like countless similar facilities nationwide, the weight room in this 230-student small-town school was created with what was available, not what was ideal. The space was a former typing lab from the days of electric typewriters. The squat rack and dip station were fabricated in shop class. The weights themselves had been covered in rust since before the current crop of students were born. And the less said about the condition of the walls, ceiling, and floor, the better.

Ask student Jared Anderson about the room, though, and he'll say, "It was everything to me." He first set foot there when his brother introduced him to lifting during seventh grade. Then, he began lifting for football and baseball. He even kept lifting when, against the odds, he developed stage-three cancer as a teenager.

Even more unlikely than his illness, though, was what Jared chose to do when he was approached by the Make-a-Wish foundation. "I've wanted to fix this place up since I started lifting," he says. 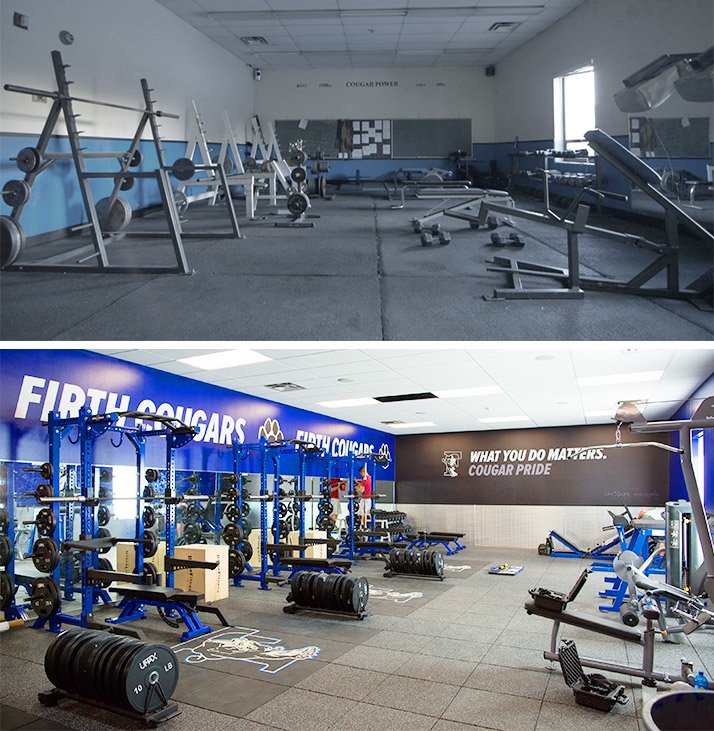 That's right; even though Jared was about to graduate, he wanted to use his wish to give back to his school and benefit the 477 people in his home town, many of whom relied on the high school as the closest thing they had to a community center.

Jared anticipated a paint job, maybe a new couple of machines. But Bodybuilding.com's Lift Life Foundation had other ideas. Watch the video at the top of this page for the full inspiring and incredible story.

This is the first weight room transformation led by the Lift Life Foundation, but it's definitely not the last. We're already hard at work on our second project, at Fulton High School in Knoxville, Tennessee. If giving young athletes a leg up in life is as exciting for you as it is for us, you can donate to the Lift Life Foundation, or even nominate a school to be considered for a future renovation.