Kris Gethin took some time out of his busy schedule to bring you his predictions for the 2012 Olympia Open. Did he pick Phil to win again? Find out now!

You asked and he delivered. Kris Gethin offers his predictions for the Olympia Open Competition. Check out the video or read the list below. Think he'll be right? Make sure you watch the Olympia and see!

Hide is consistent. He's a short guy with great muscle bellies and great symmetry. His legs are looking good, even after his injury. Neil Hill has been looking after his nutrition and Eric DiLauro has been helping him with his training; this consistent work has helped Hide tremendously. He took some time off for his injury and it seems to have done him well. He'll bring a package this year that's going to get him into the top ten.

Cedric is a huge powerhouse. He came in shape in his last outing, but didn't look great the event before it. If he comes in shape, he'll get ninth at the very worst; if he doesn't, then he won't make the top ten. The guy's grown into himself; he's got a great future ahead of him. He's tall, but he's got a great chest, a great back, and good legs. He just needs a little beef in his delts and more overall separation and definition.

We've only got two former Mr. Olympias in this show without Jay: Dexter and Phil. Dexter hasn't placed as well lately, but he won the Master's Pro last year. He shows that he's still got it. Eighth place is only a minimum if he shows up in the shape we've come to expect from the Blade.

Shawn shocked us by taking a couple wins this year. But maybe these wins shouldn't have been a surprise because he has fantastic shape and fantastic lines. He'll be a new-age Flex Wheeler if he continues to grow into himself. He's got great legs, especially from the sides. As long as he keeps packing on the mass at the rate that he's doing it and not over blow his lines, he will continue to do well.

Five years ago, Charles Glass predicted Beyeke was going to be a star. He was right. Beyeke has great lines, a thick back, and a small waist. However, he needs to bring in a little more detail in the rear portions of his legs. Like Rhoden, he needs to continue putting on the size. I think Beyeke is good enough to find himself in the top six.

Fifth place is just a minimum. Evan is huge. If he comes in dialed in ripped, the only thing that's going to hold him back is his structural flaws. He doesn't have flaring lats, they taper down right into his waist; they're straight and don't look very thick. He's also a little bit flat from the side, especially through his chest. In order to improve the symmetry and overall flow of his shape, he'll need to fill out these areas, especially because he has a blocky waist. Although he's a big guy and has long limbs to fill out, he's done it exceptionally well.

Dennis is a guy who's tall and holds a lot of mass. However, he doesn't have the definition and separation in his lower body he needs. His glutes and hamstrings don't show the definition that someone like Branch Warren's has. He does have a great narrow waist, flaring lats, wide shoulders, and good arms. I think those qualities will take him into the fourth position.

Kai is a mass monster. He brings amazing definition to the stage. He's got low insertions when it comes to his lats, which makes him look a little bit blocky from the rear and the front, and he needs to make sure he takes care of his waist. But his sheer size is going to get him far. 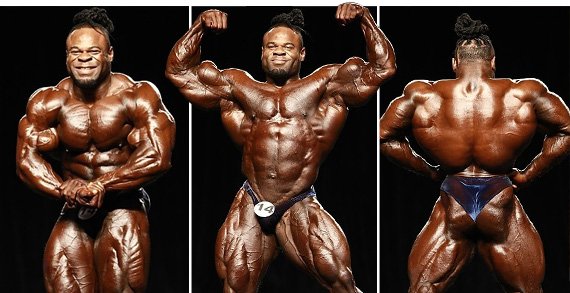 I have Branch in second place purely because the guy is an animal. He's hungry. He wants the Olympia title bad and won't stop until he gets it. That's what he's in the sport for. With that kind of passion, you can guarantee he's going bring the best package we've ever seen. He destroyed all the naysayers who said he wouldn't win the Arnold after his injury. I believe he'll do it again. 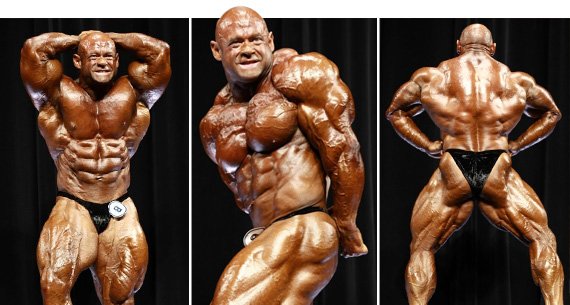 Phil is flawless. People say he's narrow, I don't think so. His clavicles might be narrow, but the amount of mass he carries on his delts, shoulders, and lats completely overrides them. He has beautiful muscle bellies and is full, crisp, and defined. From the back, he's flawless. That's what will get him past Warren. Branch's flaw is in his back. It's not as good as Phil's. I would love Warren to take the Olympia, but Phil is just too dominant. 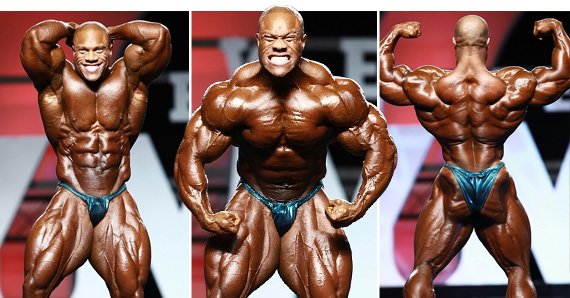