It's Never Time To Quit: Do What You Love For Life

Robert Wanamaker lives and lifts with a rare disease called DISH that constantly threatens to end his strongman career. He won't give up, and neither should you.

I don't have many illusions these days.

I'm a fat, old cripple. I'll turn 50-something this year. I discovered strongman—the actual sport, as opposed to watching television—when I was 46 or 47. Not that long ago. I'm a baby in this sport.

In 2005, my body was to the point where I really couldn't walk much. Not from sports, but from disease and defect. Now, it seems like every year I go through another round of doctors who tell me, "You can't lift free weights." They all look at me and shake their heads when I say, "OK, I'll just keep training Atlas stones and kegs and logs and axles and yokes and farmer walks."

I go looking for new doctors. The MDs all tell me the same thing, all shake their heads. They might give me an Rx for painkillers. They tell me chiropractic care is useless.

Chances are, I'll never get things together to the point where I can compete—and I mean compete—in the Open division, let alone land a shot at a pro card. Heck, after competing in three contests in 2010 as a master, I was wiped out. That's been my best year on the books. 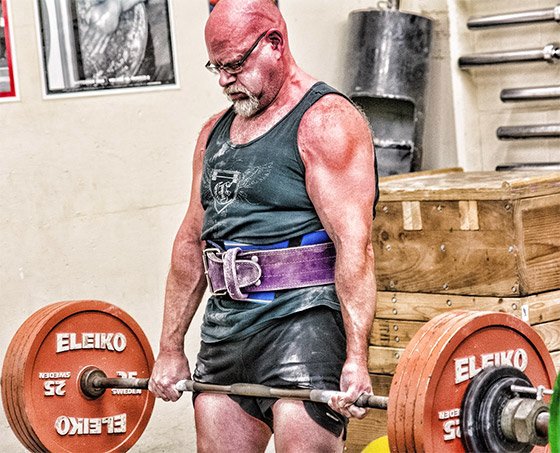 Robert Wanamaker refuses to quit, even after doctors tell him he shouldn't lift.

In 2012, things started tearing again. I'm hoping I can sneak up on a full-bore training cycle in 2014. You know, demand a little more of myself, more of this messed-up body housing a not-quite-yet broken spirit.

The single biggest regret I have in my life is this: Nearly every day I wonder: How good could I have been if I had discovered this sport when I was in my 20s or even my 30s? What if I had put in the time that I spent elsewhere, to training, competing, getting stronger?

I woke up at age 45 with a mangled body anyhow. There aren't any guarantees. 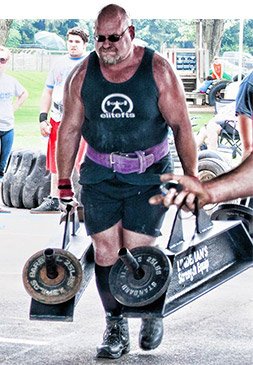 "Never stop pursuing. Don't give up the chase. Stay hungry."

A buddy of mine was driving his beautiful girls to soccer practice a few years ago; he hit a deer at freeway speed, the minivan rolled. Everybody was buckled up—seatbelts held, airbags deployed. The girls walked away, thank God, without a scratch.

My friend's spinal cord was severed in the cervical region—he broke his neck turning around to check on his babies—and now he races marathons in a wheelchair. He can kick my ass in a marathon. I can carry his ass up the stairs to my house so we can sit around, drink, and tell stories.

Strike that. There is one guarantee: Someday, you'll have to quit. It won't be your choice.

Should he quit chair racing? His wife opposed him getting into chair racing. It's dangerous. They already came so close to losing him. All he knows, for certain, is that he has to be chasing something. If he's not chasing, he's dying. The sad reality is that his circumstance limit what he can chase.

You can't focus on that sad reality. And yes, it's reality. But so is the fact that he's setting PRs, traveling to new race venues, meeting new people, pushing his limits to the best of his ability.

Never stop pursuing. Don't give up the chase. Stay hungry.

Is it strongman that motivates you? Is it powerlifting? Is that what you love? There's no reason to stop because of aches, because of pains. You're going to have those no matter what—just look at the statistics, watch the news.

There's a whole culture of pain-med junkies, tied to the couch and the television. They've never tried strongman. They think 200 pounds is immovable. They've never been to a gym. They've never pursued; they've only medicated.

Another buddy of mine was a powerlifter most of his life. At age 60, he decided it was time for something more dynamic, something different. He picked up strongman. Butch is flirting with his mid-60s, and he's still setting PRs. Last summer, fresh off back surgery, he competed at a regional show. His grandkids were there, cheering him on. How can it get better than that?

"Setbacks abound, if you look for them. But for every setback, there's an opportunity."

I wasn't able to compete, but I was there taking pictures, catching up with friends. After the comp, Butch caught up with me, and said, "Bob, we have to get you back out and competing, man."

Butch is right. I don't ever want to quit. I'm all too aware that someday I will have to quit, that choice will be removed from whatever epistemic process goes into the decision, and I will be sidelined. Setbacks abound, if you look for them. But for every setback, there's an opportunity.

Maybe I won't set any PRs in the upcoming year. Maybe I won't be able to compete. I don't know—those questions are all open. Maybe I'll turn things around. Maybe with all the therapy, all the work, all the thought, I'll finally turn things around in a big way and set PRs, and be pain free, and do even better in comps than I thought. Maybe I'll compete in Open division, and maybe I'll make Nationals.

Playing My Cards: How I Live And Lift Through The Pain Of DISH

Even though his body tries to break his spirit every day, this strongman refuses to give up. Every lift renews his vigor and drives his right to exercise life.

The 7 Habits Of Highly Effective Athletes

Young athletes are often ambitious, but need a little direction. Follow these seven habits to turn your daydreams into daily life.

You know you need protein, but how much? Responsible lifters need to learn the truth about daily protein intake. Strike a macronutrient balance and crush your goals!