Interview With Ronny Rockel: Preparing For The Olympia

Ronny Rockel is no stranger to the Olympia stage. Find out how this veteran has continued to get bigger and better throughout his 10 years of pro competition.

As he prepares to compete in his eighth Mr. Olympia contest, the popular German great Ronny Rockel promises to be even bigger and better than he was last year.

In his distinguished 10-year career in the pro trenches, Rockel has
battled the best and has often landed in the top-tier standings.
In 2010 he achieved sixth place at the Olympia. The following
year, he snapped up two second-place finishes at the FIBO
Power Pro Germany and New York Pro events. Last year's
Olympia brought him a respectable ninth place. Rockel is
accustomed to being among the best no matter which show
he enters.

Although he's best known for possessing a complete physique with no noticeable weaknesses, Rockel also boasts some incredible boulder shoulders that give him one of the most impressive V-tapers in all of pro bodybuilding. This master of symmetry also consistently hits his
conditioning peak, making him one of the most durable and dependable
pros on today's ultra-competitive circuit.

Perhaps the most impressive thing about Rockel is that he continues
to improve despite his long years in the game. He might be at an age
that would sideline most competitors, but he hasn't taken any respite
from the strenuous IFBB competitions since he turned pro in 2003. Rockel is up against the best of his kind this year, but he feels he will again break the top six. With his shape and size, these are no idle words.

Q
At the 2011 Olympia and Arnold Classic Europe events, you looked to be larger than ever. What was your weight at these events and will you bring even more size for the 2012 Olympia?

My onstage weight was 222 pounds at both of these events. This year, I have increased my bodyweight by seven or eight pounds.

You have not missed a year of professional competition since 2003. What keeps you motivated to compete year after year?

In bodybuilding your career is not over after age 25. You can definitely continue to compete into your mid-to-late 40s provided your health is good and you maintain it as best you can. I am 40 now. I don't have 20 more years to be on top of a professional career. I will use every year from here on out to be at my very best. 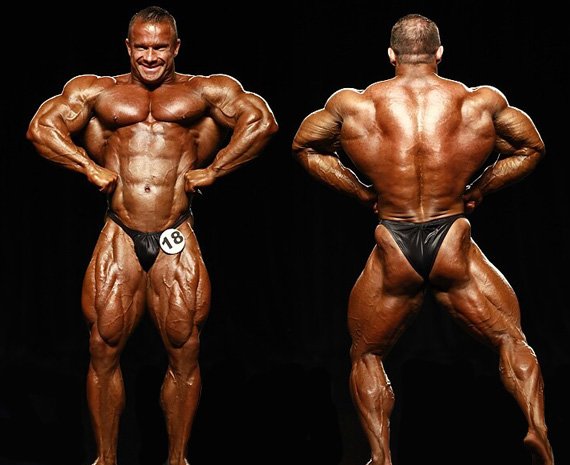 What has been your greatest competition moment as a pro and why?

When I made the finals at the 2010 Mr. Olympia. The Mr. Olympia is the largest and most important event. To stand with the top pros is, of course, a great experience. I'm going to do it again this year with more size.

At this stage in your career, how difficult is it to prepare for your pro contests? Have you had to change your training routine in any way to accommodate the aging process?

It is not difficult for me to prepare; I look forward to starting my contest preparations. Of course I can't lift the same weights as I did when I was 21 and I have to watch and take greater care of my joints and muscles, but I don't have to use the same heavy weights because I've build a lot of quality mass over many years of hard training. I follow my feelings when I train. I listen to my body. When I realize it is not my day, or do I not have the energy, then I reduce my intensity to minimize the risk of injury.

To what do you credit your longevity in this sport and the fact that you always appear to be on top of your game?

The most important way for me to keep competing is continuity. Even if I sometimes suffer a setback, I get up again. I simply want to continue, be persistent, and keep improving with each passing year.

What would you consider to be your greatest strengths as a pro competitor?

It is my balance. It's also my legs and my shoulders.

How have you trained your shoulders for maximum width and size?

I split my shoulder training sessions between front/side and rear development—that's the whole secret. I also think I have good equipment because many athletes split their shoulder training and do not achieve the same results. I also focus on super-strict form and lower the weight slowly to keep the tension on the working shoulder muscles.

Before the Olympia, will you step up the training or gradually ease off the intensity? What's your approach for the final two weeks?

In the last two weeks, it is important not to do too much or be excessively motivated. Of course I'm going to be as intense as I always am, but I don't want to work so hard that I get too sore or risk injuring myself. 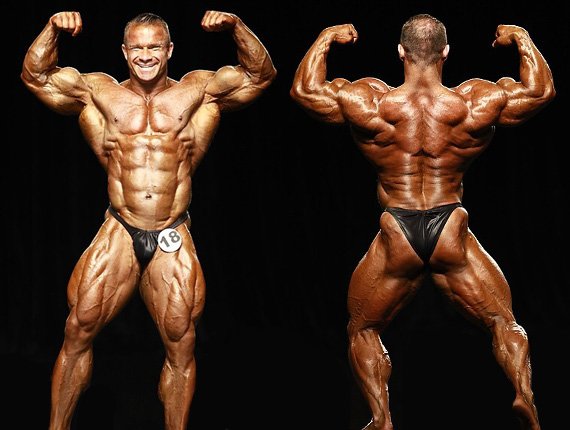 Could you describe your competitive mindset? What is your mental state when you're preparing for a show?

My mindset changes often, which is to be expected. I have days when my energy level is not at its highest, but I try to remain motivated to get the best out of myself. On days when I don't feel so good, I remember again why and for what I am doing what I'm doing. This helps me stay on track.

What is the atmosphere like competing at Olympia level?

It is the largest event. The Olympia is where everyone with rank and name meets. For each pro, the Olympia provides the opportunity to measure oneself against the best in the world.

Do you think the Olympia competition will be even harder this year?

Every year it is difficult to prove oneself at Olympia level. Also, if one falls from the top of the professionals rankings, then newer names are added. You have to give everything, every time, because in this game you get nothing for free, especially at the Mr. Olympia.

I hope and expect to be in the final six. But I am not a prophet. Everybody must bring his best form come competition day. It will all be decided onstage.

Should you qualify, will you contest the 2013 Olympia? How many Olympia events would you like to participate in before you retire?

Scream for me at the Olympia, and I would be delighted if you visit page on my Facebook and leave a message for me!