On his mission to graduate from high school in better shape than he started, Dylan lost 100 pounds and gained heaps of confidence.

Dylan Arseo doesn't remember a time when he wasn't the bigger kid in his class—and that's putting things lightly.

"I think I was only referred to as the 'bigger' kid as opposed to the 'fatter' kid because my classmates were afraid I would squish them with my size," he remembers.

When it came down to the causes, food was the culprit. Dylan's diet was nothing but pizza, fast food, sweets, fried foods, and soda by the gallon—all with no portion control.

"I wanted to eat as much as I could get my hands on, and I didn't care who knew it," he says.

When Dylan was 10, his dad died and he leaned even harder on his unhealthy diet. Food became a comfort, but it wasn't the best coping mechanism. Still, he brushed off an ever-expanding waistline.

"I convinced myself that my weight would help me play football in high school," he said. "You have to be big to play football."

This justification might have held up if Dylan had the same passion for fitness he had for food, but Dylan was defiant about exercise. He failed P.E. classes twice in junior high because he refused to participate. By his freshman year of high school, Dylan's bad habits landed him at 288 pounds.

Even that eye-opening number wasn't enough to convince Dylan it was time to change. But by the end of that year, an embarrassing moment in front of his teachers and classmates provided Dylan with the wake-up call he needed.

This is Dylan's story. 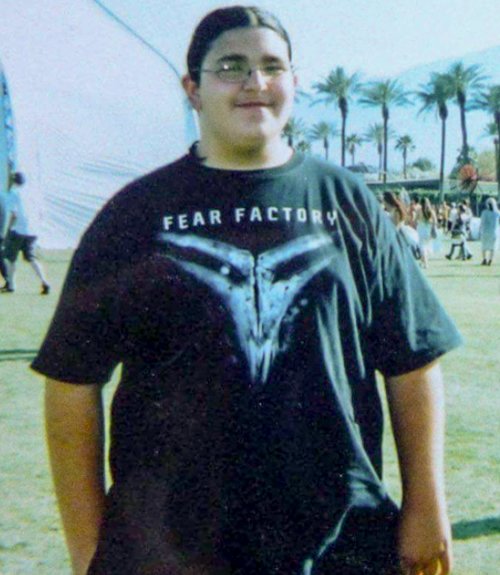 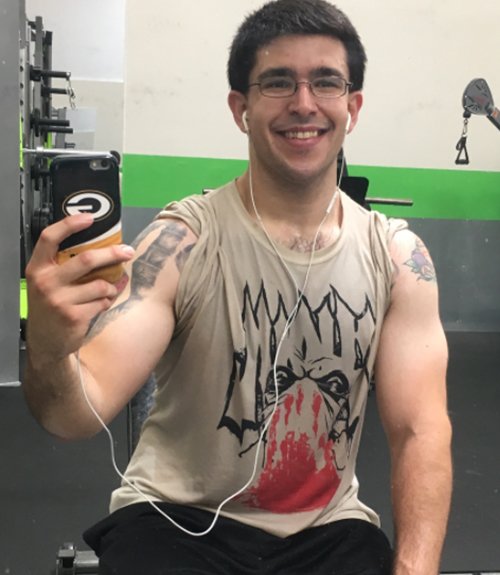 What was your wake-up call or "aha" moment?

I started my freshman year by weighing in at 288 pounds. At the final weigh-in of the year in June of 2008, I knew I'd gained weight even before I stepped on the scale. My 3XL shirt was tight, and I wore a size 44 pants.

I thought I'd be slick and stand last in line so I could step on the scale once everyone else returned to class, but the teacher had other ideas. She had us all stand in a line next to the scale and hop on one after another. By the time I went up, I'd been building up the loudest drumroll in my head.

Once the number came up, a collective gasp followed by a silence fell over the entire class. I could hear this internal voice screaming from embarrassment. There I was—315 pounds of pure, unadulterated shame standing in that gymnasium wanting to break down in tears.

How did you react?

At that precise moment, I made the decision to change. I knew that by the time I returned to school in September I'd be a completely different person. Sure enough, once September rolled around, I was already down 50 pounds. By the end of six months, I'd lost 100 pounds.

Tell me about some of the first steps you took to achieve that transformation.

I started with healthy eating. Grilled chicken and vegetables are healthy, right? So my breakfast, lunch, and dinner were chicken and veggies. I occasionally mixed in some fruit. Over time, as the weight was coming off, I read Flex magazine, Muscular Development, and Bodybuilding.com for diet tips. Then, I started adding more variety to my eating.


Was it difficult to change your diet so drastically? How did you handle cravings?

There were days when I woke up and all I could think about was how tasty a gooey, grilled cheese sandwich would be after months of eating clean. But then I'd realize how nasty I'd feel afterward and how the cons far outweighed the pros. Was the momentary bliss worth the residual gross feeling it came with? Probably not. Asking myself questions like that kept me on track.


What was the biggest challenge for you during your transformation?

The most difficult aspect for me was the diet. It was a major help that my mom would always buy the food I needed to succeed, something I can never thank her enough for. But when you're going to a movie or family party and need to plan for food, it can be embarrassing to pull out a bag of carrot sticks and celery. I spent a lot of time munching on healthy snacks quietly in a corner and hoping no one saw me. If someone put me down or made a joke of my efforts, it added fuel to my fire.

It also took me years to work past not feeling guilty after eating things that weren't on my diet. I had to learn there's balance with everything. After going through a major transformation like this, it's hard to rid yourself of the mindset that one little mistake erases the hundreds of great choices you've made.


What are your future plans?

I'm now a NASM-certified personal trainer and work at The Lab Fitness Studio in Orange, California. Perhaps in a few years, when my body is where I want it to be, I'll compete. Now, I'm more into helping others achieve their fitness goals by pushing them beyond their limits and being a solid support system when they feel like they have no one to count on.

Bodybuilding.com is constantly posting solid, relatable articles. Whether it pertains to training, nutrition, or motivation, the content is always ace material. I also love the Bodies of Work feature, that showcases what dedication can create. The photography that goes into it is fantastic. Seeing what those people can do with their bodies is extremely motivating and inspiring. I hope to end up in a future edition!