Know Your Measurements For Bodybuilding Success

Discover ways to assess your genetic potential and plan for future development through measurement of individual body parts. Here are a few tools to help you do it.

In bodybuilding, physiques that are classed as visually stunning are generally those regarded as being symmetrical and proportional - a state where there is an obvious balance between both sides of the body, where nothing looks out of place and everything seems to flow and taper into a harmonious whole (often referred to as the total package).

While today's emphasis - at least in the pro division - is on mass and conditioning, many would like to see a re-emergence of the type of physique often witnessed onstage in the late 70s through to the late 80s - a time when competitors were coming in bigger while retaining the symmetrical and aesthetically pleasing shape that had exemplified pro bodybuilding up until that point. 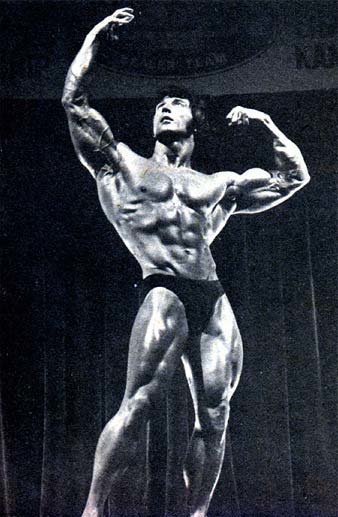 Bodybuilders such as Frank Zane, Chris Dickerson, Bob Paris, Lee Labrada, and Lee Haney are examples of men who managed to combine beautiful aesthetics with adequate size to compete, and dominate at the highest level.

Today, although similarly-built competitors are often relegated to the minor placings, the look they project is considered by the general bodybuilding population to be more worthy of emulation than the overt emphasis on mass witnessed increasingly more often.

What can be done to achieve the kind of classic physique that looks great whether onstage or in public? How can one attain flowing muscle groups that are in perfect proportion? The first step is to determine exactly where they are at before planning for success accordingly.

One obvious barrier to success is genetics. If one naturally has a very wide waist and hips, with tiny calves and narrow shoulders, although positive changes can be made, they will not be dramatic enough to produce what could be deemed a symmetrical and balanced physique.

Fortunately the majority of us do not fall into this category and will make great progress in the aesthetics department with sufficient attention to detail. First, however, we need to determine exactly what comprises nice aesthetics. The purpose of this article is to explain how we can assess our genetic potential and plan for future development through the measurement of individual body parts.

The best method, by far, to accurate determine where our individual body parts fall in terms of over symmetry and proportion is the tape measure.

Measuring the circumference of each body part will give an idea of where improvements need to be made, provided one is in reasonable shape and the individual muscles are able to be discerned - an excessive amount of fat will give a false indication of overall muscularity if taken into account when the measurements are taken.

Body Parts To Be Measured

Once our measurements are determined, how do we know what to aim for? Are we in proportion? What areas need improvement? There are two prevailing theories on how the perfectly proportioned physique should be structured. 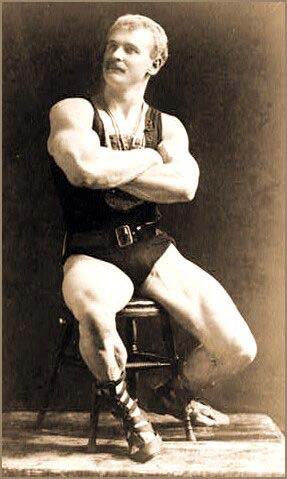 The ancient Greeks had a definite ideal regarding how the male physique should look. In the 19th century, newly excavated Greek and Roman statues highlighted similar physical characteristics such as a small, muscular waist, wide shoulders and detailed, but not overwhelmingly huge, muscles.

The great Eugene Sandow (the man the Mr. Olympia statuette is based on and the first man many regard to have achieved true muscularity) achieved close to this ideal around this time, and was widely revered for fitting what Victorian society, at that period, considered being the perfectly proportioned physique.

Through much analysis and determining of what constituted ideal physical measurements - the basis of any balanced physique - a "Grecian Ideal" calculator was formulated for self-assessment based on wrist size, to determine the individual body part circumference goals one should aspire to in order to develop the perfect physique.

The physique of 1940s-1950s bodybuilding legend Steve Reeves will go down in history as being one of the most perfectly proportioned of all time. Many feel his body represents what a bodybuilding physique should look like - flawless and beautiful. His measurements (18.5-inch arms, calves and neck) were regarded as a benchmark for symmetry and proportion, and his philosophy was to keep the body balanced through the adherence to a couple of methods.

1. Height To Weight Chart For Building A Classic Physique ///

Reeves believed ones height represented the limit to which they could pack on mass. His main philosophy proposed keeping muscular bodyweight within acceptable limits to prevent the distortion of ones natural symmetry.


2. Muscle To Bone Ratios For Building The Classic Physique ///

To create the kind of ultra-symmetrical physique displayed by Reeves - where the all-important bone-to-muscle ratio conveys an illusion of greater size, while not detracting from overall aesthetics - use the following table, one that he himself endorsed.

For example: to determine your arm size, measure your wrist. Then multiply this measurement by 2.52 to get your proposed arm size.

As well as insisting on having an equal biceps, neck and calf measurement, Reeves also felt that the thigh measurement should be exactly half that of the chest circumference, and the waist should be twice that of the neck.

For the record, Steve Reeves measurement were:

Aside from his waist measuring six inches less than twice the circumference of his neck, he almost reached his own ideal of the perfect physique.

Although symmetry and proportion are largely determined by genetics, most of us can, through proper planning and attention to detail, make great progress as far as overall body shape is concerned. Measuring body parts to determine your existing body shape and using the approaches outlined in this article will have you turning heads in no time.