Don't Give Fat A Chance

Shed pounds in time for bikini season with supplements designed to help your body burn fat.

'Tis the season to show the world the reason you spend all that time in the gym! But if you want to really make sure that those few pounds of fat are gone in time, consider the help of supplements. Supplements work through a number of mechanisms to help your body burn more fat.

To maximize their effectiveness, combine ingredients that work synergistically to enhance both fat release and elimination. Here, we break down the most popular fat-burning ingredients by their mode of action.

Find out here which ingredients to look for in a commercial fat burner, or build your own synergistic stack.

The body fat that you hold under your skin is stored in adipocytes, also known as fat cells. To lose body fat, these cells must be as small as possible, so you need to empty the fat cells of most of their contents.

There are several ingredients that will increase the amount released from your fat cells.

When you think of this popular stimulant, you likely think of the buzz you get and how it ramps up calorie burning.

While caffeine does torch calories, it's main benefit is that it binds to the receptors on your fat cells. This is particularly effective when caffeine is taken before workouts, as several studies have confirmed.

Take 200-400mg of caffeine between meals two to three times per day; take one dosage 30-60 minutes prior to training-day workouts.

This extract from the bark of a West African tree contains the active compound yohimbine, which, in addition to boosting libido, aids fat loss by increasing the amount of fat that gets released from your fat cells, much like caffeine does.

Take enough yohimbe to provide 5-20mg of yohimbine per dose, two to three times per day; one dosage should be consumed 30-60 minutes prior to training-day workouts.

Just because supplements like caffeine and yohimbe help free up more fat from your fat cells, that doesn't necessarily mean that it will be burned off for good.

You also need to ramp up your calorie burn, which forces your body to use that freed-up fat as a fuel source.

These four ingredients will boost the number of calories your body burns, kissing that extra few pounds of weight good-bye. 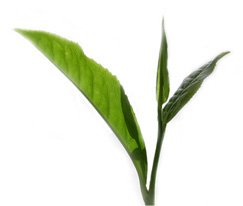 Green tea extract is a real no-brainer. It aids fat loss by boosting the number of calories you burn each day. The active ingredients in green tea responsible for the fat-burning effect are catechins, particularly one known as epigallocatechin gallate (EGCG).

Take about 500-1,000mg of green tea extract standardized for EGCG two to three times per day. Take one of those dosages 30-60 minutes prior to training-day workouts.

This is one of the active ingredients in the bitter orange plant (Citrus aurantium). Synephrine boosts metabolic rate (the number of calories you burn).

Take about 5-20mg of synephrine two to three times per day, having one of those doses 30-60 minutes prior to workouts.

This natural plant chemical increases the amount of calories your body burns, thanks to its ability to raise epinephrine levels. A study from the University of Oklahoma found that subjects who took a supplement that contained both capsaicin and caffeine burned more calories both during exercise and afterward.

Take 30 minutes before meals two to three times per day, and one of those doses should be taken 30-60 minutes prior to workouts.

This is the scientific name for olive leaf extract, and one of its most important ingredients is a chemical known as oleuropein.

Not only is it a powerful antioxidant that boosts the immune system; research shows that it also boosts norepinephrine levels and therefore the amount of calories and fat burned.

Take about 500-1,500mg of olive leaf extract two to three times per day with meals.

With all that freed-up fat floating around, sometimes an increase in calorie burn isn't enough to ensure that it all gets eliminated. This supplement can help to maximize the amount of fat transported to these energy centers.

This amino acid-like molecule is a critical component of the complex transportation system that brings fat into the mitochondria, where it is burned completely. Several studies confirm that supplementing with carnitine increases the amount of fat burned by the body.

Fat loss is a constant battle of burning off more than you store. So while it's a good idea to use supplements that free up and burn more fat, you should also consider using supplements that decrease the amount of fat your body stores in the first place.

This is a naturally occurring group of healthy fats that are specifically omega-6 fats. Numerous research studies confirm that CLA enhances fat loss while simultaneously boosting muscle growth and strength.

Take 1-3g of CLA with breakfast, lunch, and your last meal or shake at night.

The more we learn about nutrition and nutritional supplements the more we realize the affect they have on our DNA.

Research has shown that the following two ingredients directly influence the expression of the genes involved in fat burning.

Research in humans and animals shows that this increase in calorie burn and subsequent inhibition of fat-cell growth leads to significant fat loss over time.

Take about 200mg two to three times a day.

Take 2-3g two to three times per day with meals.