How Can A Gaming Addiction Be Broken? Give Them A Better Alternative!

Wii. Playstation. Xbox. These are the current fad in the electronics gaming world. Addiction? Staying in the room for a longer time than an 8-to-5 employee and more ... Here are some ideas to help break that addiction. Learn more.

Yeah. You read it right. No, I'm not asking my mom if I could go to the gym. Silly. That's the title of this article that I decided to write specifically to address the growing addiction of our kids on electronics gaming.

Wii. Playstation. Xbox. These are the current fad in the electronics gaming world. Coupled with exciting first and third person games like "Counter Strike," "Grand Theft Auto IV" and "NBA Live 10," and you'll surely find your kids spending more than half of their 24-hour per day in front of your television turned digital game console.

This may be good for those house moms who are rushing almost every minute just to finish those house chores before dad comes home from work. Less noise. Less fooling around. Less clutter on the sofa. But wait. Let me ask you. Do you really believe that these things are beneficial to your kids? I don't know about you. But for me, it is not the way I think it should be. 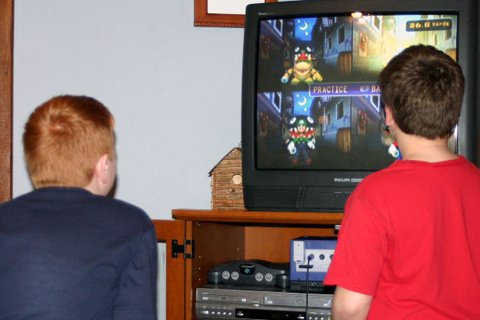 Click To Enlarge.
Surely you find your kids spending half
their day in front of your television.

Staying in the room for a longer time than an 8-to-5 employee. Ignoring hunger and staying off foods. Not wanting to take a shower even if he hasn't taken one since the other day. Refusing to clean up his room. All of this simply because he doesn't want to affect the continuity of the game he's currently playing on his console. Addiction? Yes. It is one.

Based on an article that was published by MSNBC in 2007, up to 90 percent of American youngsters play video games and as many as 15 percent of them - more than 5 million kids - may be addicted, according to data cited in the AMA council's report.

The said article has also highlighted some recorded cases of gaming addictions such as the following:

The above cases are real and are the glaring truth about gaming addictions. And worst, this addiction is fast creeping on to any country, any levels of our society and it could affect just about anyone.

All of us love to play. Especially in today's first person games wherein we get to play out the part ourselves, Wii style. But honestly, I don't see any benefits from that aside of course from having fun.

Health wise, it is worse. How come? Aside from developing eye/vision problems from too much television exposure, these games let your kids do nothing but sit in front of the console for long periods of time. Much like a couch potato. Darn. It seems like it is spelling out the word obesity in dark bold letters in front of me. And worst, we parents seems to be encouraging its encroachment into our children's lives.

Let me ask you. Have you tried observing your kid while playing Command and Conquer in front of your Television panel? He is indeed enjoying himself, no question about it. But have you seen his posture? Duh! Hunched back, head buried between the shoulders, arms and fingers in an unnatural position as he tries to keep his fingers on the console while supporting the full weight of his body as he is lying flat on his belly in front of the TV. Then from that absurd position, he would jump up in sheer excitement as he was able to destroy a couple of enemy bases. Now tell me, are you looking at the next Gollum (that creature from the Lord of the Rings) or what.

Most of you would probably say, can you do anything about it? Of course you can. You are the parent and definitely, you have to be in control. You need to take him out of that health hazard and lead him to live a healthier lifestyle. A healthier yet more enjoyable form of having fun. How? Read on and I'll give you a couple of how to's. 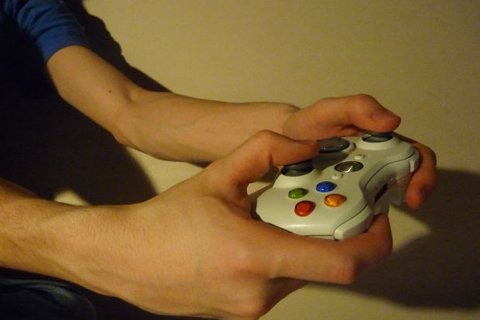 Click To Enlarge.
These games let your kids do nothing but sit in
front of the console for long periods of time.

Giving Them A Better Alternative

Have you tried asking your son if he wants to come out and play basketball with you at the backyard basketball court? Or have you ever asked your daughter if she's interested in doing in-line skating at the community club just a couple of blocks from your place? Hmmm.

How about trying to ask your kids their thoughts on the foods they eat like cakes, ice cream, doughnuts and pizza and how it turns them into personified pears? Gee. I think you haven't tried any of those yet, right? Guess what. Those are probably some of the best methods that you can use to snatch them from those tyrants called electronic gaming gadgets and bring them back to your family.

The key here is to find out the reason why our kids turn to this supposed-to-be-fun and exciting pastime, instead of us, their parents, for quality time. Have we, as parents, done our part in keeping them feeling loved and important?

As parents, we are the ones responsible for our kids. The rampant cases of gaming addiction - which has affected a significant number of the young populace - is indicative of our failure as parents to provide them with more meaningful alternatives to video games. Alternatives that do not only offer the same kind of fun, excitement, thrill and challenges, but also make them feel loved and cared for. Encouraging your kids to participate in sports is one of those. 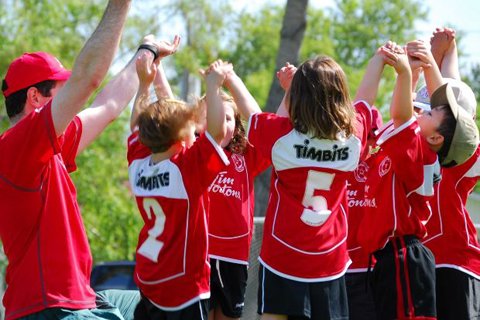 Click To Enlarge.
Encouraging your kids to participate in sports
is a great alternative to video games.

In an article published on theparentreport.com, Professor of Computer Science, Maria Klavee states that "video games, if not too violent, can 'offer some real opportunities for puzzle solving, strategic and critical thinking.' But she adds that it's important that video and computer games are played in moderation.

Klavee says parents should 'provide a selection of activities, not just the ones that have the most action or are addictive. Choose some that involve problem solving or good story lines. Also aim for a balance in your child's life. Sports are important, reading is important. Just think of computer games as one more component in a child's exploration of what's out there in society.'"

Take that from an expert. Participating in sports is an important aspect of your kid's lifestyle as it is with reading. Actually, not just with kids. It is also important for us adults.

Why sports, you may probably ask. You see, the reason why kids are getting addicted to gaming is because of the fact that it introduces a varying degree of challenges that requires them to use their skills and abilities. Complexities that requires them to think and come up with new and relevant strategies and learn how to apply them.

This keeps them on the edge of their toes every time they proceed to the game's next level which gives them the motivation to strive more. What other activity could approximate these same criteria? None other than sports activities.

You see, let's take for example your basic basketball. Learning how to dribble is a challenge for someone new to the game. Dribbling it in between the legs poses a more complicated scenario. And once a kid gets involved with it, he would require skills, passion and perseverance to be able to do it.

Once he is able to accomplish it, he could aspire for more, like behind the back dribble or dribbling using both hands. Sports activities like basketball present a form of complexity and challenge that rivals those that can be derived from video games.

It presents the same levels of interest and difficulties that could easily sway the interest of your kids. You may want to ask, if it's the same level of interest with that of a video game, then what makes me sure that kids would turn to it rather than video electronic games? The answer simply lies in you, the parent. 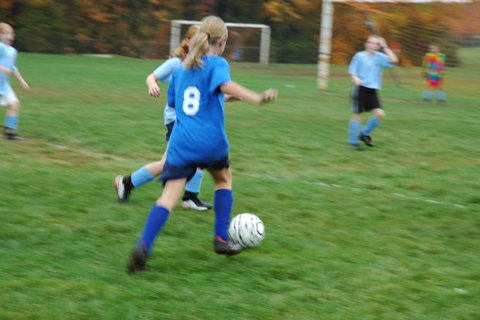 Click To Enlarge.
Making sure your kids turn to sports more
than video games is your responsibility.

As parents, we have the uncanny ability to make or break our kids future. The amount of love that we give them or not give them eventually plays a major part in how they turn out as adults. Pamper him with responsible parental love and caring and he would surely grow as a nice, responsible and mature individual.

This is the same thing in the battle between video gaming and sports. In video games, sure he had the same complexities, same challenges, same excitement and thrills that he would find in participating in any sport activities. Except for one. You. Yes, you, his parent.

In sports, we participate with them. We help them hone up their skills to reach that goal. We could constantly motivate them to strive to be able to make that first shot, that first bulls eye, that first lap, that first 100 meters. Our love that gently drives them to achieve something in the chosen field is what makes sports better than video games.

Sports promote love and bonding between parents and their children. It enhances our relationship with our kids. Something that those silly game controllers cannot and won't ever be able to mimic or even imitate.

A simple "You can do it" whisper to your kid whose running his first 100m sprint is enough to give him that confidence to finish the race even though he's stacked up against a group of kids 3 years his senior.

A sweet "we'll win it next time" is like a song to your child's ear after a crushing fall on her first figure skating contest. And a loving "for me you are the winner" is worth more than that gold medal that your youngest kid lost in his first swimming competition.

We, their parents, are the difference between choosing sports and those silly gaming consoles. Let us make them choose sports knowing that in doing so, they are choosing us and our love to guide them into the future.

How To Get Your Kids To Eat More Protein!
Our kids are faced with a world of choices and most of these choices rank low on the protein scale. Here are some easy tips to get you started.

5 Ways You Can Help Beat Childhood Obesity!
By taking steps toward battling childhood obesity early on in their life and taking a pro-active role yourself, you can help prevent this ...

Trials & Tribulations: Be A Positive Role Model To Your Children!
Health and fitness is a huge part of my child's life and I can see how it provides her with confidence and stability in other areas of her life.

I was in great shape and quite competitive in powerlifting. Then it all went down hill from there after an injury forced me to stop training.