This new spokesmodel has a classic musculature that makes him perfect for men's physique!

Jake Alvarez didn't grow up an athlete. He started lifting as a young adult to build his confidence, and he was surprised when his body responded in remarkable ways. However, until recently, lifting remained his private passion. That changed with the BodySpace Spokesmodel Search!

Jake finished as first runner-up at the LA Fit Expo, worked with a world-famous photographer, became a regular on We 'Mirin, and just signed on to be a member of Team Bodybuilding.com! Learn more about this up-and-coming IFBB pro physique athlete and how he got to the stage.

Why are strength and fitness important parts of your life?

Growing up, I was never good at sports. Most people assume I was on the varsity football team, or that I wrestled, but I was actually a shy, skinny kid who was embarrassed to take off his shirt outside of his house.

When did you first think you had the physique for competition?

I had been a big fan of Arnold and Frank Zane growing up. Their proportioned muscle mass and conditioning inspired me to achieve a body of their caliber. But to be honest, I never imagined myself being a professional athlete in the IFBB or even competing until just five months before my first show.

At the end of 2012, I was going through a tough time in my life, and instead of falling into despair, I wanted to focus on something positive. I had been consistent in the gym even since I graduated high school when I made that promise, but I never had my diet right and never had a goal, so I didn't give it 100 percent. 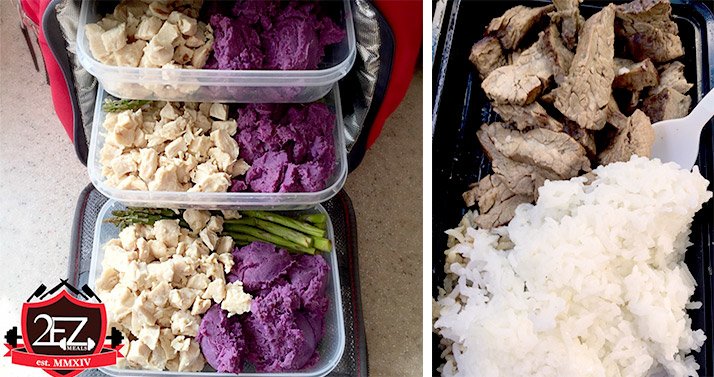 "After high school, I made a promise to myself to start building up my body so I could increase my size, and also my confidence."

Why are you more suited for physique than other competitive categories?

I've been training for about 12 years now, but I never aspired to compete in bodybuilding. I love the lifestyle, the dedication, and taking your body to its full potential, but I never imagined I would be able to achieve [a body like] the best in bodybuilding, such as Phil Heath and Kai Greene.

When I first saw pictures of men's physique in late 2012, it caught my eye because the competitors had the bodies I wanted to have—the type of physique my idols, Arnold and Frank Zane, had.

How do you use BodySpace to help motivate yourself and other people?

BodySpace is an incredible tool to connect with likeminded people who share the passion of fitness. I love seeing people so motivated and supportive of each other, regardless of where they are in their fitness journey. 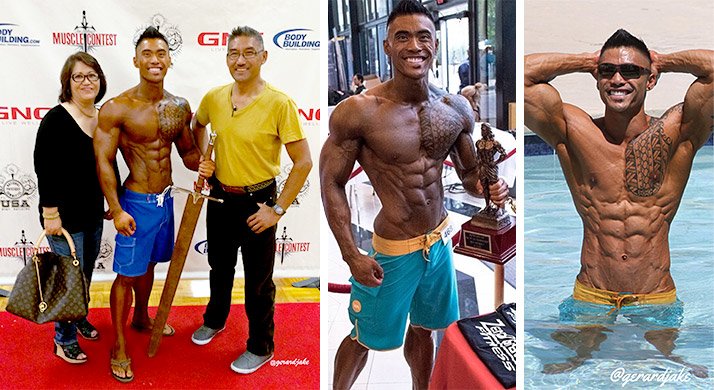 "When I first saw pictures of men's physique in late 2012, it caught my eye because the competitors had the bodies I wanted to have—the type of physique my idols, Arnold and Frank Zane, had."

From the comments I have received on my BodySpace, the main way I have helped other users is by inspiring and motivating them to achieve their absolute best on their own fitness journeys. The mental part of this is the driving force in being able to push yourself. It is a powerful thing, because without the mental fortitude to give 100 percent in diet and workouts, you will not be successful. Having the body you dreamed of isn't possible without complete and absolute dedication, and having strong motivation helps on days when you want to give up.

What I love about this whole topic is that it's a big chain. For example, I was inspired by Arnold and Frank; someone else is inspired by me; their friends and followers see their progress and get inspired. It's a never-ending chain that I believe has made fitness big in the last few years.

What is your favorite body part to train?

Chest! It's probably most guys' favorite body part to train. Chest has always been a lagging muscle in my physique. It's something that, genetically, I was not gifted in. For years, I did all different kinds of workouts to build my chest, and it was frustrating to not see results.

Proper guidance from my coach, truly understanding how the pectoral muscle functions, and adjusting my form have helped me build my chest to balance out my physique. It is still a work in progress, but it's my favorite muscle to train because it's my weakness. One day I wish to make all my weaknesses my strengths.

What are your summer plans?

I'm a little under eight weeks out from my first IFBB men's physique show of 2015. My target show is May 9, 2015 in Las Vegas. I actually just received an email a few days ago with an offer to be part of Team Bodybuilding.com, so I'll be representing Bodybuilding.com at this show!

Tell us about your experience at the LA Fit Expo.

It was an amazing experience! Being part of the BodySpace Spokesmodel Search gave me the opportunity to do things I never would have been able to do. I have so many great memories!

First of all, the Bodybuilding.com staff was amazing, helpful, friendly, welcoming, and just super cool. We did two photo shoots prior to the Fit Expo. One was for Bodybuilding.com, performing different workouts and posing for their apparel, which was really fun. I'm excited to see how those came out on the website. We also had the honor to shoot with the legendary photographer Michael Neveux. He really worked us, but the photos look unreal! He is a true master of his craft. 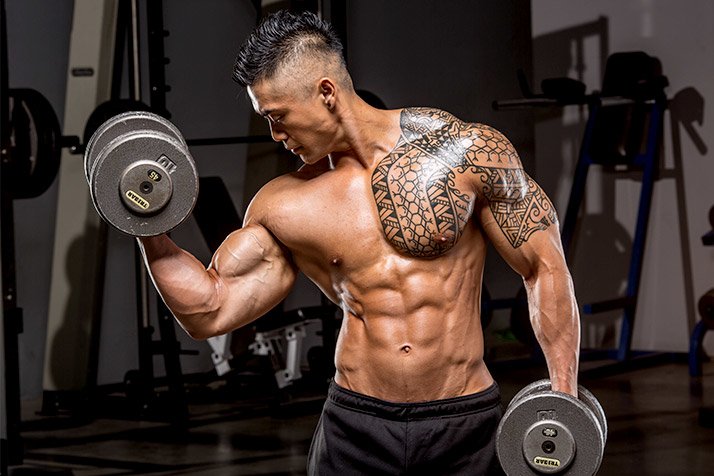 At the Bodybuilding.com booth at the 2015 LA Fit Expo, it was insane! There were so many people willing to wait maybe hours just to stop by the booth, meet some of the athletes, and get a bunch of free samples. It was pretty cool meeting and taking pictures with people. That was a really awesome experience!

At the actual BodySpace Spokesmodel Search event, it was different than any other show I have done in the NPC or IFBB. It was actually really fun because I was able to do a lot of poses that aren't "men's physique" poses, and more typical bodybuilding poses I like. My favorite part was showing off my quads—which are not judged in men's physique!