Bodybuilding.com and Cellucor are on a global hunt for one male and one female to reign as the 2015 BodySpace Spokesmodels - could it be you?

Kristina and Raynor will represent your online fitness community in 2015!
Thousands around the globe entered, and you chose the top ten. Your finalists competed onstage at the LA Fit Expo, and these two passionate fitness ambassadors came out on top. 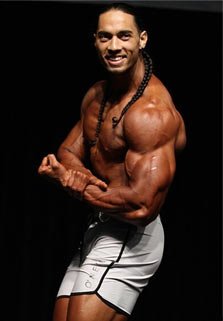 Raynor Whitcombe got into fitness to get bigger and faster for football, and it has since become his life's passion. He's currently resides in Colorado, but calls American Samoa home. Samoa has one of the highest obesity rates in the world; something that Raynor is ready to battle head-on. He's proud to represent his people and strives to inspire them to get fit and healthy. Raynor's incredible physique, infectious energy, and humble outlook on life definitely make him one to watch in the fitness industry. 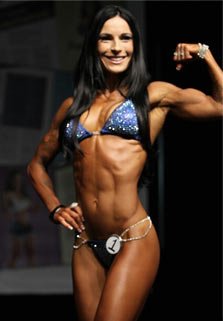 San Diego native Kristina Olson is quite the chameleon. She played Junior Olympic Softball as a teen, became a successful singer/songwriter, and then earned a degree in Earth Science. Kristina is now an IFBB Pro, personal trainer, brand ambassador for BSN and 6 Pack Fitness, a Pro Tan sponsored athlete, and she works closely with yurbuds. Her love for the active, healthy lifestyle motivates and inspires her clients and is sure to do the same thousands of BodySpace members.