Body Transformation: Zero To Hero In One Year!

Driven by his thirst for progress and knowledge, Horia-Paul grew both physically and mentally in only a span of a year.

My passion for bodybuilding started when I was a mere 9-year-old. My father used to compete in bodybuilding himself, and he'd watch CDs and DVDs from his collection with bodybuilding competitions, movies, and training.

Although I had no idea what was going on, I remember how I admired these muscle-packed, shredded physiques. I thought to myself: "Man, if I ever get to be half as big as these guys are, I'll be more than happy." I admired and looked up to my father, looking to his medal and photos with pride and hoping to one day become national champion as he once was.

On the night of the March 8th 2013, my father told me he'd take me to the gym the next morning. On our way there, I set up my goal: I would compete next year at the National Championship.

Starting out lifting, I didn't really know much. Under my father's guidance, however, I learned many new things and managed to improve at a steady rate. I became interested in becoming better and stumbled upon Ben Pakulski's intelligent approach to bodybuilding, which hooked me immediately.

My appetite for knowledge seemed insatiable. I wanted to learn as many things as possible to become the best version of myself. I also discovered and fell in love with Kai Greene's more poetic and philosophical way of seeing things. (An interesting thing about Kai is that being the best bodybuilder in the world today doesn't let it get to his head and is very humble and nice.) I owe my motivation, knowledge, and progress to these three guys—my father especially.

There surely were moments in which I thought about quitting, but one glimpse of my father's photos in my room I got right back on track to sleeping, training, and eating properly. As of April 27, I am proud of myself because I've succeeded in taking part in the competition.

Although I was disappointed in my placing (4th place), the experience was unforgettable. Everybody congratulated me for what I've managed to do in one year of training.

When I started out, I didn't pay much attention to what I was eating, not counting my macronutrients and calories. When I saw that I gained a few pounds of fat, I started tracking everything, avoiding the same mistake again.

I also used to stay up late and play video games, which prevented me from sleeping enough and recovering from my training. I let that passion die and now go to bed earlier, so I can get at least 8 hours of sleep every day.

I've begun training for competing next year at the 2015 National Championships. I intend to compete at a heavier weight class with at least 10 more pounds of muscle than I did this year.

Of course, I hope to win the title and bring it back to my family. My dream is to take part at the Arnold Classic Europe in 2 or 3 years either in physique or classic bodybuilding. I am willing to learn, train, eat, and be as dedicated as possible in order to achieve this goal. 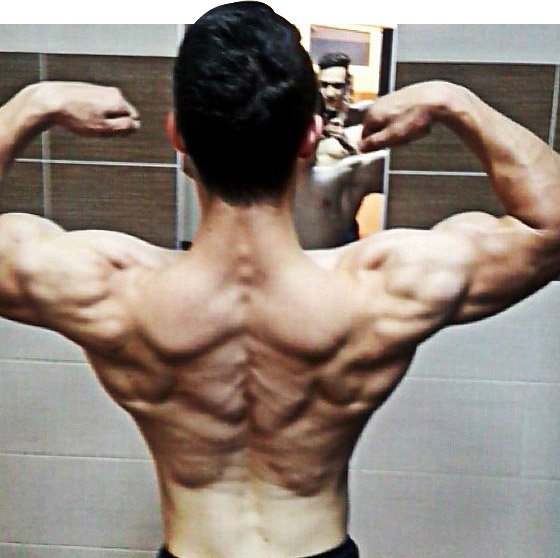 "Research the field. Gaining knowledge is just as important as gaining muscle."

I also have high hopes of studying physiology, as bodybuilding has put me on this path.

Another thing I love doing is sharing the things I know with others, helping them fulfill their fitness goals, and I've promised myself I will never let anything get in the way of this. There's this quote I love, and it goes something like: "Strong people don't put others down…they lift them up."

I visit Bodybuilding.com on a daily basis. I look for inspirational people, product reviews, new exercises, training plans, competition results and photos, threads on the forums, and more. It was the place I could find the most information about tanning for my competition, which was crucial and helped me a lot.

The database of information here is huge, and everybody should take advantage of it to know more things, which might prove helpful in their fitness journey. Anybody who wants a change in their physique should get on Bodybuilding.com. It provides everything one could need.

If Steve had downtime, he was either training or preparing meals. That dedicated plan of attack drove him to lose 102 pounds and 30 percent body fat in one year!

Eric refused to follow his dad's diabetic fate and committed to change his lifestyle. See how he lost 131 pounds with a healthy mix of training and nutrition!

Micah completely changed his body composition as a teen and turned fat to muscle after years of hard work in the gym and kitchen. See how you can too!