Daniel grew up to be a huge man, but set out to change. He hit the treadmill, hit the road and a car hit him. See how Daniel recovered from his accident and his past.

In the spring of 2007 though, I faced a new threat. The doctors told me that I was 375 lbs. I remember the doctor looking me in the eyes when he said, "You're going to die young. You aren't going to live to see your kids grow up, you'll be lucky to live over 40."

I remember hearing him say those words and thought, "I'm not ready to die." I was sick and tired of being overweight, so I started pushing. 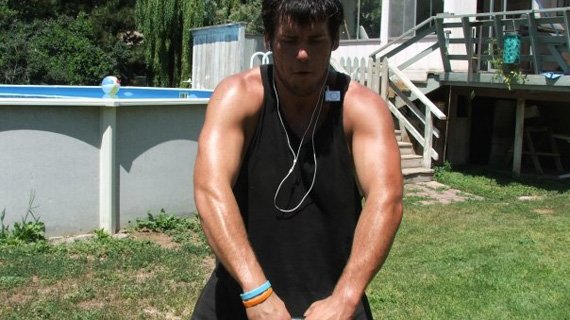 Daniel was told he'd lose his life because he was obese. He took back the body he let slip into decay. None of us have expiration dates.

One day I woke up and decided to do something. The first time I walked into the gym, I remember all the looks I got as I waddled up to the treadmill. It took me 16 minutes to run a mile. Everyone looked at me like I was pathetic. I felt pathetic, but I wouldn't give up. Being disciplined became more than just an idea, but a lifestyle. Over the course of a year, everyone was shocked at what I had done.

I had lost over 100 lbs! It was never a cake walk, but I never gave up. I would wake up daily and go run on the basketball court at Capital, or hop on the treadmill at the gym. But after a year, I hit a plateau, and at 265lbs, I just couldn't lose any more weight. I looked decent, but I just wasn't satisfied. 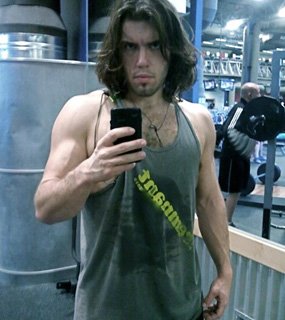 I picked up Strong Man training, cross training, biking, and swimming, but nothing seemed to really take me to the next level. Then one day, I met Mitch Coats. I had already heard of him because I wanted to start training with Kettlebells, and he was one of the only guys in Idaho who did any sort of training with them.

I went to his gym, and he was very cool. He taught me the snatch, the clean and press, and the two arm swings. He then followed it up by asking, "Have you ever considered training Jiu Jitsu?" I didn't even know what it was… I told him I used to wrestle, and he had me throw on a gi.

I got on the mat with a little guy named Anthony. I laughed and asked, "How much can you bench?" He simply replied, "Don't worry about it" then Mitch said go.

It was about 5 seconds before that little guy had his legs around my neck and began to choke me out. I was furious and didn't want to tap out because of my pride, but I was turning beat red because I couldn't breathe. I was forced to tap… It was an extremely humbling experience, and I had to come back. Mitch told me to buy a gi, and the rest is history. I started training Jiu Jitsu at 265 lbs, and it kicked my butt. I would go home satisfied because it was very fun, but spent because it took all my energy. I started to become tougher mentally and physically than I had ever been before. But then, I hit another bump in the road.

I wanted to compete in a triathlon, so I was biking, training, and running more than ever before. Until one unfortunate day, I was biking down Fairview, and was hit by a car. The doctors said I had the Trio Tear. That is, I had torn the ACL, the MCL, and the Meniscus. They didn't think I would ever be able to run the same, and competing in the future didn't look like it was ever going to happen. But I didn't lose hope, and I never gave up.

I started doing physical therapy as soon as I could, I trained hard, but I trained smart. I knew what my limits were, and I wasn't an idiot about it. Over the course of 9 months - and it was a very long 9 months - I had nearly fully recovered. I wasn't at the same strength that I was, but I was running, jumping, biking, swimming, and training kettlebells. It was time to put the puzzle completely back together again, so I called Mitch.

I stepped back on the mat. It was a slow start, but I have surpassed where my ability was, and I now compete at 205lbs. For anyone trying to lose weight I would say just keep pushing, you're closer to your goal than you realize. Nothing is impossible, just believe.

It's interesting how we can get so caught up in life,
Chasing after a prize.
You get so close, just to miss,
Nearly leading to your demise.
Lying here broken I can't help but wonder,
Why did I let a dream get the best of me?
The thoughts of fame caused me to drift,
Leading me to act like a person I never wanted to be.
It's amazing how when
you lose your focus,
Things that once were important eventually cease to exist.
You ignore the things you once held closest to your heart,
As you attempt your hardest
to make a new list.
Now as I sit here empty,
I find myself asking what I should do,
I want to get up and start pushing again,
Even though the odds of
succeeding are few.
Although I've lost so much,
I know that I've come too far to quit.
Who knew that the strength needed to press on,
Could be found in the midst
of your darkest pit.
No one ever said that life
was meant to be easy,
Because nothing worth having
comes for free.
It's time to take the next step and, let go,
Because your past can't hold a candle to who you're going to be.

Never Give Up! I have had to overcome so many obstacles on this incredible journey, and I am thankful for every one of them. Nothing great worth having in this life comes easy, it takes work and determination, but it's worth it. We all have those days where we wake up, and don't feel like going to work, but we still do it. In the same light, there are days where going to the gym doesn't sound like fun at all, but sometimes you just have to ignore how you feel, and just get the job done.

When I go to the gym, I don't just think about putting up some massive weight, getting jacked, going to a club, impressing some girl, or anything like that. I walk in there, and I take a second and think about how far I've come, how good life is because of the physical ability that I have gained, and how much more I would like to do in the fitness realm. I want to be able to teach my kids one day the importance of being discipline, and setting goals, what kind of example would I be if I gave up on my goals, or threw in the towel every time I had an excuse not to go to the gym.

Anyone who is serious about athletics would tell you that it is all about mastering the little things; because success in the little things is what equips you to be able to accomplish great things. So why is it that people tend to try to just jump in and expect to be able to do great things without any preparation, practice, or training? If you eat correctly and workout, you can reach any fitness goal, it just takes time.

Nothing really worth having in life comes for free; it's going to cost you something. Rather it is time, money, effort, etc. whatever the list goes on. The key is endurance, how hard are you willing to press? Find something that motivates you, and reach for it. Nothing is impossible if you can believe.

My name is Dan Michno, and I thank you for taking the time to hear my story.

I would like to give a special thanks to a few people. First of all to my best friend, Mark Francey. We are practically brothers and he has seen me through everything. To Mitch Coats a great friend and mentor, To Pavel I've read a bunch of his books, and a lot of my training ideas come from him. To a Kat Walthall, for putting a smile back on my face and encouraging me to keep pushing. To my family, church, and friends who have helped along the way I say thank you.

To everyone reading this, thank you for reading my story. Nothing is impossible if you can believe.