Dan resembles Superman now, but once he looked like a kid destined to be carried out of his bedroom for the local news. Learn how he turned his life around in superhero fashion.

Growing up I was always the big kid. I was known for being the big offensive tackle on the football team, the center on the basketball team, the shotputter on the track team, etc. If there was a place for a big guy, I was there to fill the void. Then, my sophomore year of high school my life changed. I injured my knee running wind sprints during basketball practice. The injury required surgery, and seemingly each time I returned to sports for the next two years, it was reinjured. 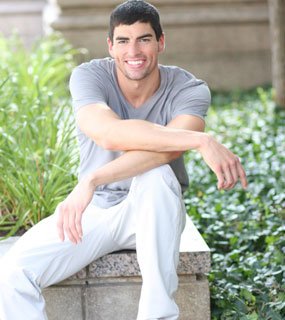 The whole ordeal required four surgeries, and left me laid up on the couch for the better part of two years. During this time, the combination of poor eating habits, depression, and lack of physical activity led me to become a more than just the big kid; I became the "fat" kid, topping out at 290 lbs. and 31% body fat. My gut hung over my pants. I had man boobs. I could only shop in the big and tall section, and my shirts were so big that my friends and I would joke about them blowing like flags in the wind as I strolled down the school hallways.

It wasn't a joking matter though. I always felt out of place, hideous, and overcome with anxiety. I could barely talk to friends, let alone girls. My weight was affecting my self-esteem, self-image, and overall happiness. I knew something had to be done; I just didn't know where to start.

That's when I realized that I could sit around feeling sorry for myself and stay this way forever, or I could own up to the situation that I had put myself in and do something about it. I finally got brutally honest with myself, and when the dust settled I had a fire burning inside of me that could not be extinguished. It was going to make a dramatic change.

At that point, I can specifically remember picking up a Muscle & Fitness magazine, looking at the cover, and saying to myself, "I want to look like that. I want to be a fitness model."

The goal was set. From there on out, I didn't look back. I immersed myself in the health and fitness lifestyle. I would spend hours pouring over articles, plans, and studies. I made myself a sponge, soaking up any physique transforming knowledge I could. I tried a lot of different workouts, a lot of different diets, and a lot of different supplements in the beginning. 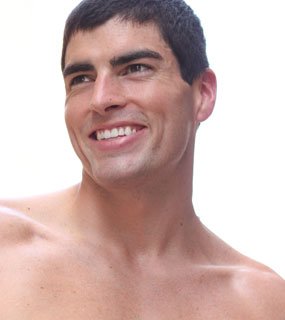 There was so much information out there, that it was a bit overwhelming at first. But, I had faith in myself that I would achieve my desired goal, and as Dr. Martin Luther King Jr. once said, "Faith is taking the first step even when you don't see the whole staircase." I simply had to get started, and keep moving forward. To be honest, it took a lot of trial and error. But, I never lost sight of my goal, I always tracked my progress, and I never let myself get stuck in a rut.

I was hitting my college rec center everyday, regardless of how crappy I may have felt from partying the night before. All in all, by the end of my second year of college, I had shed a total of 100 lbs, and was maintaining a single digit body fat. I felt amazing, and my confidence had soared. I had a beautiful girlfriend, was the life of the party, and was stopped by strangers on a weekly basis asking, "Has anyone ever told you, you look like Superman?" I have to say, it felt great to go from being seen as Super Fat to being seen as a Super Hero.

It wasn't too long after that, that I happened to be walking through a mall, when an agent from a model management company stopped me. I ended up getting signed, and getting to do some amazing things that I could have only dreamed about before I started my transformation journey.

The experience taught me that I could truly do anything that I set my mind to. I never lost sight of my dream after the day that I picked up that magazine. And, as far away as I was at the time, I made that dream a reality.