Scott needed to get into better shape in order to land his dream job as a fireman. Read on to see how he demolished his goals!

It was in high school that I can remember I began starting to put on weight and then it continued into college. I can remember always being the fat kid in my college classes and always wanting to be the one who was in the best shape or look like the bodybuilders in all those magazines I read.

I went to the gym and thought I was eating healthy when in reality I did not have the first clue what I was doing. I was overtraining and eating way too many calories. I was even turned down for my dream job as a firefighter because I was told I was not healthy or fit enough. I eventually did get a job as a firefighter, then my first year on the job I hurt my back and found myself getting winded fairly quickly. 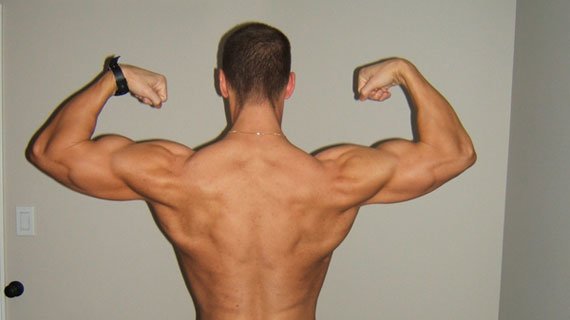 I can remember always being the fat kid in my college classes and always wanting to be the one who was in the best shape.

I was not in the shape I wanted or needed to be in to be a firefighter. I knew I needed a change in lifestyle and eating habits. At the same time I had started to compete in Firefighter Combat Challenges. This is billed as the "Toughest 2 Minutes in Sports" and believe me it truly is. Being overweight and out of shape was keeping me from getting under the 2 minute mark to finish.

Around the same time I hurt my back and after my first season of competing in the firefighter challenges I started going to my local gym and lifting weights. I did this for a year but was not getting the results I wanted. I was getting frustrated, but as luck would have it I had recently got in contact with an old fitness coach.

After talking with him, we came up with a game plan for me and how I would achieve the weight loss and physical fitness I desired. After 12 weeks I had lost 60 pounds and was weighing in at 205 with 9% body fat. That season in the Combat Challenge I competed in various events and then later at Nationals, as well as being able to run a 1:40 time, 20 seconds under the mark. I was floored. I continued working with my trainer into the off-season and with a goal of competing in my first bodybuilding competition which is something I had always desired.

I had gained a fair amount of muscle at that point. 15 weeks out from my first show is when I started my pre-contest diet and training routine. I have to say my wife was awesome for me at this point, always supporting me throughout this experience. 15 weeks went fairly quickly and for my first show I was able to come in at 190 pounds and 4%. I won first place in my first bodybuilding show! 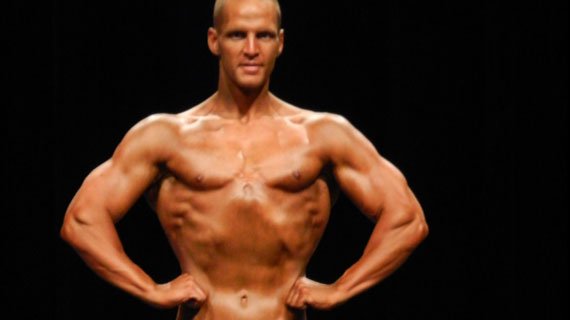 I won first place in my first bodybuilding show!

My suggestion to others is to set short-term goals. Once you reach your first goal, start on the next goal and keep going until you achieve your ultimate goal. The road to success is not easy. People will try and get you to cheat on your diet or stray from your program or any number of other things. But stick with it and if you hit plateau don't give up and break through it.

Also I would say find someone who can be honest with you, either a coach, a workout partner, or someone at home who can help you keep on track. An extra set of eyes is always a good thing because it can become hard for you to see all that you have done when you think there is still so much to do.

Finally, once you start, stick to it. Once you have invested some time into getting where you want to go, don't stop. You have already put in so much time and effort, keep going until you achieve your goal and if you do the sky is the limit for you!

Thank You:
I want to say thank you to my wife Jenny. Without her by my side this whole time I never would have been able to reach my goal. She was my backbone and helped me stay strong at the times when I was weak and felt like quitting. She always believed in me.

I also want to say thank you to my coach Mike. Mike gave me the tools to help me help myself and get me to the condition I always dreamed of but never believed was possible. He helped make me a champion and I never could have done it without him.

To the guys at the fire hall, thanks for not making it to rough for me over the 15 weeks. Some of that food smelled so good. And I think we should eat it now!