Oli reached a dreadful 210 pounds at 5-foot-6 but staged a massive calorie cutback. See what triggered this Brit to lose 43 pounds and 18 percent body fat.

I was fat growing up and was completely irresponsible as a teenager. I never exercised, ate whatever I wanted, smoked, drank, and took drugs. I reached a pinnacle at age 20 and weighed 210 pounds (15 stone) at 5-foot-6.

In 2005, I joined a gym for the first time and lost 63 pounds (4.5 stone) in six months. Unfortunately, because I had little knowledge of health and fitness, it was mostly achieved through cardio and dieting. I lost lots of weight and muscle and still had lots of body fat. I plateaued at 147 pounds (10.5 stone) and the weight gradually crept back on.

In 2012, I went away on my best friend's Stag Do [bachelor party]. There were many guys there I hadn't seen since school who were impressed with how much weight I lost. By this point, my weight was back up to 182 pounds (13 stone)—an all-time high since the initial loss.

It was nice that they saw the improvement, but I knew I could've looked better. I was ashamed that I let myself get back to this weight and vowed to get in my best shape ever.

I started doing research to accomplish what I wanted to achieve and set a goal to go from 26 to 10 percent body fat. Instead of joining a gym and doing the same as before, I found something I was passionate about and joined my local boxing club. It was much more exciting and dynamic than running on a treadmill.

After a few months I met my coach Henry Roy, who agreed to train me in boxing and lifting. This opened up a whole new world for me. I saw results I was never able to achieve with cardio alone.

I continued training with Henry for eight months and was so motivated that I started to train alone. Now I get up at 6 a.m. every day and train six days per week. I'm indebted to Henry because without him I would never have found the motivation to follow through with my goal.

Right now I'm following Jim Stoppani's Shortcut To Shred, and it has been incredible. 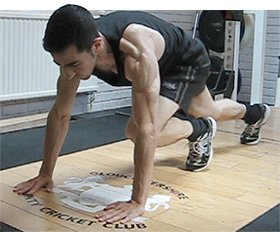 The hardest part is sticking to the diet. There's always pressure to eat and drink at family meals or with friends or colleagues who tempt you. It can be hard, but the difference between my results when I'm strict and when I'm not is enormous.

Some of my friends are more understanding than others. I take a bit of flack for it sometimes, but it feels better than any food could taste when I step on the scale and see that I achieved my goals.

I achieved my goal of 10 percent body fat after 13 months and kept going until I got down to 8 percent. I'm in the best shape of my life but weigh 139 pounds (9.9 stone), so I'm pretty small. My next goal is to pack on lean mass with Jim Stoppani's Shortcut To Size.

Bodybuilding.com proved invaluable for me. The transformation articles are deeply inspirational. It was one of my goals to be featured and it happened.

The wealth and depth of information on Bodybuilding.com is staggering and the BodySpace community is fantastic.