Body Transformation: Margo Logan, From Overweight To The NPC Stage!

When Margo lost 10 pounds in order to fit into her prom dress, it was only the beginning. Now she's a bikini competitor, sharing her love of fitness with others!

Over winter break of my senior year in high school, I stepped on the scale for the first time in months, and found myself weighing in at an all-time high of 162 pounds. I was in utter disbelief and blamed it on the food I had eaten over the holidays. After swim team ended I told myself I'd go running every day and swim laps at work, but I never did. I was always active as a kid and never had to worry about exercising outside of the sports I participated in.

Due to my inactive lifestyle and poor diet I began to get heavy. I avoided being in pictures because I felt like I had a double chin in every photo. I always told myself it was because I had a round face or because I wasn't photogenic, but I began to realize I looked like the chubby girl when standing with a group of people. My clothes were snug and I refused to get rid of the small ones, thinking I was only bloated when I tried them on.

That March I ordered a gorgeous prom dress online, but I was unaware that designer dresses ran small. When my dress arrived I could not zip it all the way up, so I took it to the tailor to have it taken out. The woman told me that there was nothing she could do for me and I had one month to lose 5-10 pounds. She then proceeded to tell me that I needed to be skinny like my boyfriend at the time. I left her shop in tears.

It was really a wake-up call for me because I knew I was getting chubby. I just never wanted to believe it. I began doing my research that very day and started tracking workouts and HIIT. I was constantly blowing up my older brother's phone for workout, diet, and supplement advice. I waited up until the week of my prom to try on my dress again, and this time it was slightly loose on me.

I felt so good about what I had accomplished in just a month and people began to notice that I was losing weight. I decided that my journey wasn't over and I began to take my weight training class more seriously. I even started working out with some of the guys, and they taught me a lot about lifting.

The following month my mom got me a gym membership as a graduation present. I began working out almost daily. I did a ton of cardio, and used some of the machines. Even though I would lift at school, I wouldn't dare step foot in the free weights section of the gym. Summer arrived and I was on my own, so I finally got the courage to utilize the free weights, and I started seeing more of the results I wanted.

Initially, I just wanted to lose weight, but after losing close to 30 pounds on my own I decided I wanted to take my training to the next level and compete in my first NPC competition. I would look at pictures of people's transformations and think, "Wow, I want to look like that." I knew it would be difficult, but I wanted to transform my body and be able to look and feel confident.

I competed in the Bikini Division that March, placing second in the Teen Division by default. After my first competition I felt just as upset and discouraged as I did before. I felt like I was too big for bikini. I knew that more than anything I wanted to compete again, and this time I wanted to compete in figure. I had already come so far and I was not willing to give up just yet. I would have just over three months to make the transition, and I knew I couldn't do it alone.

Initially I thought I would just need help with my diet, so five days after my first competition I met with my sister's trainer, Jessie Faller, for a nutrition consultation. I shared my goals and plans to compete that July with her. I knew Jessie was a competitor herself, and that she offered contest prep services, so I finally built up the courage to ask her to be my coach.

I wanted to do well, and I saw the way she took my sister's training to the next level. I wanted to be able to redeem myself, and I was willing to do whatever it took to step on stage again. We began my training right away. Jessie wrote workouts and diet plans to meet my specific needs. When I put my suit on the day of the show I barely recognized myself. Asking Jessie to be my coach was by far one of the best decisions I have ever made. 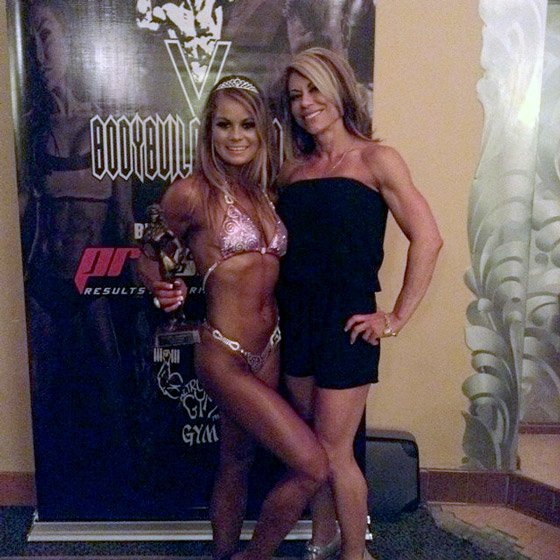 "Seeing that Jessie believed in me meant the world to me. It was a turning point for me."

Being a full-time student and having a full-time job, it was very important that I managed my time. I would prepare food 2-3 times a week and put it into smaller Tupperware the night before so I would have it ready for the following day. I liked to have everything planned out and organized so I wouldn't have to stress out about it later on. As the competition got closer I had to fit in multiple workouts during the day and go to work. I always made time regardless of how tired I was. I pushed through every workout and every cardio session. I had to be extremely disciplined. Typically, I would wake up at 4:30 a.m. and head off to the gym before going to work. I would then work an eight-hour shift, and go to the gym to lift and do more cardio before I got home.

There was a point in time when I hit a plateau. I was really nervous that I would not be able to bring my body fat down in time. Jessie texted me one evening and reminded me how far I had come and how what I was doing was not easy. She told me that very few people can make the transition from bikini to figure in such a short amount of time, and that the next three weeks would separate the people who could handle competing in the sport and those who could not. She reminded me to enjoy the process, and that not many people have the discipline or determination to achieve the kind of goal I had. The body I was achieving was the real prize, not the trophy that I may or may not take home.

Seeing that Jessie believed in me meant the world to me. It was a turning point for me. I stopped doubting myself and started envisioning myself on stage, and how I wanted to look. From there on out I let go of all the negativity that had once consumed me. I practiced my posing every day, and took time to be alone with myself and meditate. Nothing could stop me at that point, and as tired as I was I still felt like I was on top of the world.

For the next couple of weeks I gave nothing less than 100 percent. I broke my plateau and couldn't have been more excited to step on that stage, regardless of how well I did. I was able to walk out there with confidence, knowing that right now this was the best version of me. I placed first in the Teen Division and sixth in the Open at a local competition, and the following weekend I competed in a National Qualifier, taking second in the Teen Division and fourth in the Novice. I felt the happiest I had felt in such a long time, and could not thank my family and my coach enough for supporting me.

The dieting was by far the most challenging aspect of my transformation. I was used to eating what I wanted when I wanted. I didn't think twice about what I was eating or what nutritional value it had. Knowing exactly what I need to eat and when to eat it has helped me immensely.

When I decided I wanted to compete in Bikini back in March I tried to diet on my own. After I started working with Jessie I realized I had no idea what I was doing before, or what my body's specific needs were. I now eat for function rather than flavor, and feel better than ever.

I plan on competing again this year, and continuing to do so in the future. I look at each competition as a way to grow as an athlete and as a person. I want to be the best possible version of me. If I can bring an improved package to the stage each time I compete, I will be happy. 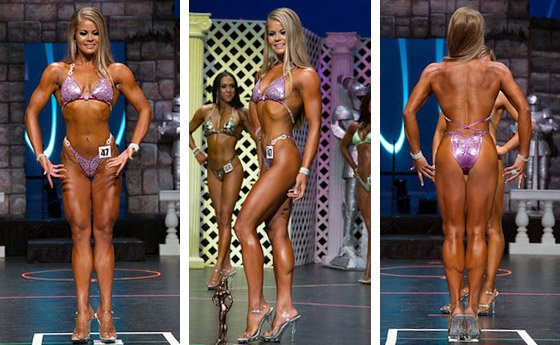 "I look at each competition as a way to grow as an athlete and as a person."

I check Bodybuilding.com almost daily now just to see what's new. Bodybuilding.com has been my go-to guide for supplements, recipes, reviews, and articles. Whenever I was down in the dumps I would browse through the motivational articles and the transformations as a way to stay motivated.

Andy Mineo
"You Can't Stop Me"

Karin didn't let anything get in the way of her commitment to training and her diet, even if she had to eat cold chicken and fish in the car.

Body Transformation: Paula Knaley Is In The Shape Of Her Life!

When the going got tough, Paula turned to her new healthy lifestyle for strength, and it paid off!

Becca is a total rock star around her family and friends, as her transformation has inspired them and left them all in awe.