When it comes to spirituality and physicality, the PrayFit founder offers up the gospel.

Q
What came first for you, your faith or your passion for fitness?

Jimmy Pena: Well, my parents put me in sports at a very young age. I can't remember a time in my life when I wasn't competing.

From Saturday morning football to summer baseball ... my life has been full of activity. And then in the 8th grade, I began a personal relationship with Jesus, and my life was never the same.

From then I had two passions, faith and competition. And it's been that way ever since.

When did you realize that faith and fitness could and should coincide?

I simply believe that something so fearfully and wonderfully made deserves better attention and upkeep. To say that God only looks at the heart is one thing, but to willfully neglect the body that carries the soul ... well, that's a heart problem. 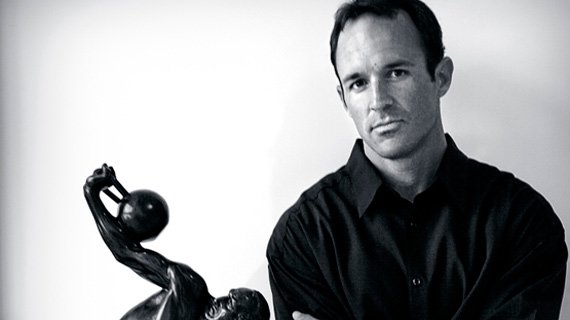 Who was the one person who helped lay the foundation of your faith, and what was their role to you?

Not only did my parents put me in sports as a kid, but they also had me in church. It was there that I heard the gospel from a sweet Pastor named Henry Powell. He taught me what being a Christian was all about.

In fact, I dedicated my first Prayfit book to Brother Powell by saying, "Because of his profession of faith, I have mine." What's so cool, after 40 years of being a pastor, Bro. Powell is now a missionary to some of the most dangerous places on earth. He's amazing.

You've worked with a lot of celebrities. Who was the one person you were star-struck from meeting?

When I wrote my master's thesis on the effects of endurance training on muscle size and strength in competitive bodybuilders, one of the people I listed on my acknowledgments page was actually "Rocky" (for the blood, sweat and tears).

Well, a few years later, I was assigned an interview with Sylvester Stallone. Walking into the room for a one-on-one was probably the most star-struck I've ever been. I got him to sign my thesis, and I was able to express to him how much I appreciated the character he created.

If I remember correctly, my first words to him as I walked into the room were, "Hey Yo!". His matter-of-fact reply, "Yo". Classic moment for me.

You're arguably the most published training expert in all of fitnessland. What made you choose PrayFit as your breakout book concept?

It's interesting, I've been on the newsstands every month since 1999, and I've been honored and humbled to be a part of five bestsellers. But all of that was merely a prep-course for what I believe God called me to do with Prayfit.

True story ... Late one night, sitting in my office at Muscle & Fitness Magazine, I was editing an article that needed to get out the door asap, when I heard a noise from across the indoor atrium. It was Joe Weider - the founder of bodybuilding and fitness - leaving his office for the night.

At the time, Joe was in need of a walker as well as a nurse to get around. As he walked out of his office, I watched him as he made his way down the hall and directly in front of a bronze statue of himself from his younger prime; arms folded, chest puffed, chin high. Captured in time, a bronze Joe Weider, now merely a backdrop of a struggling reality.

In one rare moment, I was an eyewitness to two bookends of the same man. The sight caused me to sit back in my chair. Right then the Holy Spirit whispered to my heart, "It's not about the body." I thought to myself, 'what's a Christian fitness expert to do with such a realization'?

And it confirmed what C.S. Lewis said, "You don't have souls, you are souls. You have bodies." And that's when the concept of Prayfit was born in my heart, and my life's work began.

What is your vision with PrayFit, and where do you feel God is leading you in the future?

We're taking it a step at a time, but we've been blessed to begin a partnership with LIONSGATE ENTERTAINMENT for a series of Prayfit DVDs. At the same time, we're urging churches to reach out to us at prayfit.com so we can visit them and introduce our simple message of 'health as a means of praise'.

Churches, communities and couples around the country are starting Prayfit groups in order to make health a priority; never at the expense of what's most important, but simply to be better stewards of the bodies we've been given.

At the same time, we will continue publishing books designed to target various groups such as runners, swimmers, cyclists as well as weightlifters.

And finally, we're looking for Christian fitness enthusiasts to become Prayfit Ambassadors in their gyms, churches or communities to help us share the message. We're working toward our goal of being in 10,000 churches in 10 years.

You believe that faith and fitness are not mutually exclusive, but in fact intersect in our daily lives. What is one scenario where you've witnessed someone make a life-changing connection with God and healthy living?

We get countless emails and testimonials each week from people who never really saw their body as a way to praise God. Sure, the body is not going to last, but our health is a gift and we're merely stewards. And what's a steward? Someone put in charge of something that's not their own.

And that's basically what Prayfit helps people remember ... life is not about the body, but health is a means of praise. Lower bodyfat, better blood pressure and a slimmer waistline in many ways can be seen as mere byproducts of obedience.

The healthier we are, the better we are at work, play and otherwise. 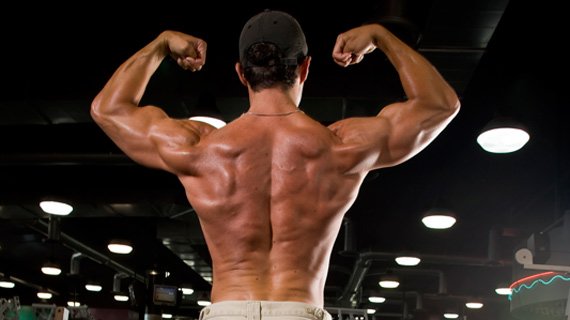 While working out, do you listen to Christian music or a harder alternative?

I listen to all sorts of music when I train. Back during my heavy lifting days, it was equal parts Metallica, Rocky Soundtracks and Christian rock. I was all over the place.

Whatever helped me wrap up, chalk up and get under the bar, I played it.

You've been busy and haven't been able to make it into the gym all week. This is your one chance to get in a much needed workout, what muscle group do you target?

Legs, without hesitation. You train legs, everything grows. 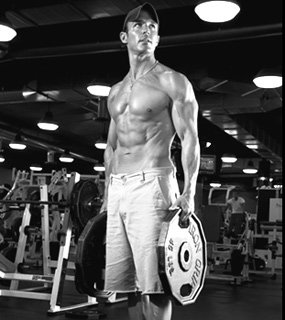 What do ya know! You have an entire day off from work and the gym. What do you do with yourself?

Watch Yankees baseball, cookout on the grill with my wife, maybe walk my chocolate lab (The Outlaw Josey Wales), and grab some shade outside and work on more screenplays.

So blessed, I recently turned one of my original stories into a screenplay (a faith-based sports film) that caught the attention of a well-known executive producer. (Indeed, pinch me please.)

Poof! A genie grants you one workout session with anyone of your choice. Who is it and why?

Great question, and my first immediate thought - without a doubt - is Derek Jeter (my favorite athlete of all time). To train, take some swings and talk baseball with him ... for me, just shy of Heaven.

But I would also love it if that genie could transport me back in time for a deadlifting or squat session with Arnold and Franco back in the old days. Barefoot, few mirrors and Franco's Great Dane sitting there watching us.

It's your night to cook. What do you prepare that's both healthy and delicious?

Not many people know this dish, but I make a mean Chicken Jerusalem. It's an Italian chicken meal with lemon, capers, artichokes, garlic, olive oil ... delicious.

Fight negative energy with reverse movements in the power rack by stopping at the bottom of each rep.

Want to pull an impressive weight off the floor or hoist it over your head? The secret lies in your lats. Use these two simple drills to harness your back's powerful stabilizers!

To get past a sticking point or add some volume—try these intense, isometric exercises.

Kirk has seen results for himself and his clients, and now enjoys sharing his fitness knowledge in hopes of helping as many people as possible.