Blast The Basics: A Savage Workout With Jason ''Huge'' Huh

You can get a killer workout anywhere if you bring a pure joy for heavy lifting and a good pump. IFBB Pro Jason ''Huge'' Huh found his primitive piece of heaven on a beach in Rio and improvised the workout of a lifetime!

The gym at Arpoador Beach in Rio de Janeiro seems to naturally spring forth from Brazilian soil. Its slang name is "Flintstone's Gym"—and for good reason. The weights are rudimentary and the equipment is rugged, constantly exposed to the elements, sitting on the rocky cliffs just above the shoreline, with magnificent views of the water. It butts up against a military installation, with armed soldiers standing guard just feet away, which only adds to the singularly savage atmosphere.

Animal Flexing at Flintstones with Jason Huh
Watch the video - 9:19

Just down the cliffs, you'll find Rio's most elite surfing area. A short walk to the east and you're lost in the excess of Copacabana. But that's Rio, man. Crumbling houses and dirt roads are side by side with all the high-end amenities for tourists on vacation, and the people who live in the middle of it don't seem like it weighs on their minds in the least. They're too busy enjoying what they have to worry about what they don't.

While I was down there enjoying the excess of the Arnold Classic Brasil, I wandered onto this beach and found it the perfect balance of Rio's two faces. It was what I knew, but different. The people there were doing the same thing I've spent my life doing, but not in any way I've ever done it.

It was the perfect spot to reflect on the lessons I've learned in 15 years of hard training. But the question remained: What would I do? 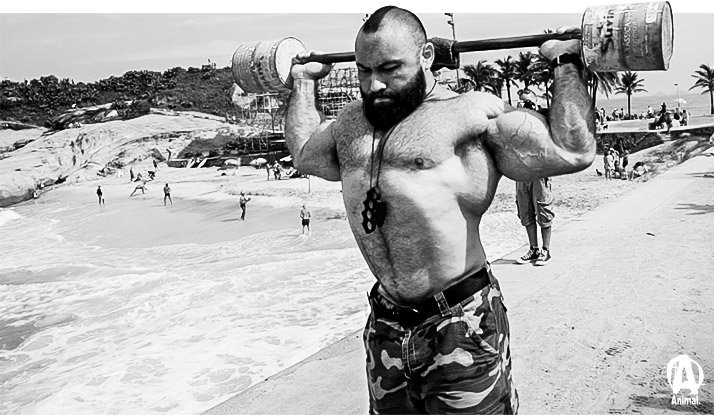 "It was the perfect spot to reflect on the lessons I've learned in 15 years of hard training."

How much did these cement and iron "weights" actually weigh? No idea, man. There are no racks, no labels, and definitely no gym manager there to hold your hand. If you want something, you'd better be strong enough to pick it up off the ground. What you do next is up to you.

One glance told me I wanted nothing to do with the cement heap that passed for a bench press. After almost getting stuck in the little contraption at the park's entrance, I knew that some of what was here was nothing but a deathtrap for a big man. Surveying the prehistoric equipment, I knew a traditional bodybuilding workout wouldn't make sense with the limited tools. So instead, I did a general upper-body workout of back, delts, and arms. It was the perfect place to blast the basics, because the basics were all the place held. There was a pull-up bar, parallel bars for dips, and some concrete-filled paint cans welded together that would serve just fine as barbells and dumbbells. It was raw. Real. I dug it.

In such a setting, my training wasn't about counting sets and reps. In a sense, doing that would've cheapened the experience. Lifting here was more primal than any program. It was doing what I love; what we all love: stretching and squeezing and straining. Sweating and getting a pump.

So I did supersets, prison-yard-style, emphasizing continuous tension and minimizing rest periods to keep my heart rate up. I did it all, basking in the hot Brazilian sun and the cool spray of the ocean breeze. Pull-ups, dips, and curls—nothing all that special. Just the basic, simple bodybuilding exercises I've been doing my entire life, done somewhere extraordinary. 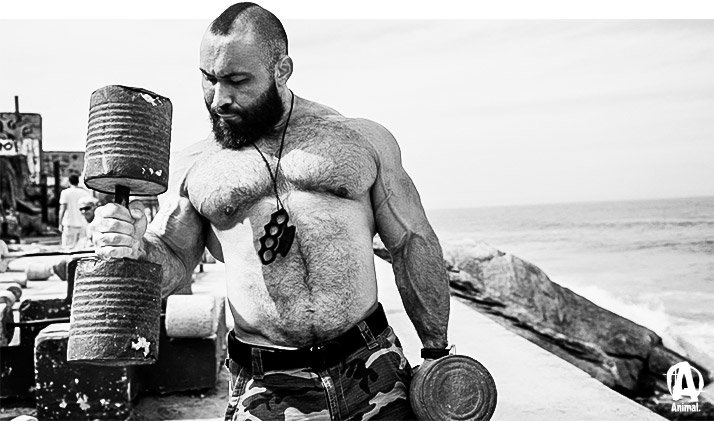 "Lifting here was more primal than any program. It was doing what I love."

The Journey of a Lifetime

I'm not an old man, but I've been at this for a while. Looking back, there were a good eight or nine years of my life where I really never did anything other than train. I never went out, never drank, never partied—not one thing. I would miss family events because of how dedicated I was, and how bad I wanted this.

During those times, I didn't see it as an option to do anything other than what I was doing. And then, when I got a little older, and I got the size of my physique where I wanted it to be, people asked me, "How do you feel about all you missed out on?" My response was always the same: "What did I miss?"

Listen, you're only young for so long. How are you spending the time you have? I used my window to achieve something most people can't fathom, and now I can create a family and spend those times with them. I can create my own good times. 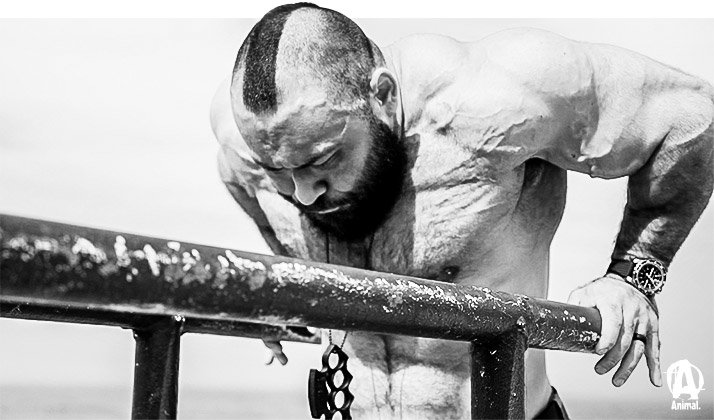 Bodybuilding has allowed me to travel and see the world, and to have the sort of experiences most men only dream of. But the heart of the sport isn't anything all that glamorous. It's just a feeling, somewhere between primal pleasure and pain, that we're all chasing every day.

Ask yourself: What is bodybuilding for you? For most of us, building ourselves up with the resistance of makeshift iron and heavy stone is a survival strategy we use to exist and endure in a harsh world. That can be easy to forget with the upscale gyms and pretty equipment we have in the states. My training at Flintstone's Gym in all of its pure, unsophisticated glory was a reminder of the savage animal I am—that we all are, deep down.