Bikini International Preview: Will Nicole Nagrani Win Back Her Title?

Without Sonia Gonzales, the race for the top spot will be fierce. Each of these competitors is talented and ready to win. Find out who is in the running for the Bikini International crown!

The 2013 Bikini International will feature a mixture of seasoned veterans and talented newbies, and everyone wants to win. Last year's champ Sonia Gonzales won't be back to defend her title, but 2011's winner Nicole Nagrani is certainly looking to get it back. Reigning Bikini Olympia champ Nathalia Melo is also looking to keep her winning streak alive. With all the amazing talent on stage, earning the bikini crown certainly won't be easy.

Noy turned pro at the 2012 NPC USA and has since been making a name for herself on the pro circuit. Her highest pro finish was at the 2012 Border States where she placed fourth. Noy has the sex appeal and physique to do well, but she must learn to stay relaxed and pose with confidence. If she brings that to the stage, she'll be one of the top finishers.

Jennifer is one of the veterans. She turned pro at the 2010 NPC Nationals and has two pro victories to her credit. Jennifer's presentation has beauty pageant qualities: She has a big smile, big hair, and big confidence. Her challenges are usually her tan and her sometimes too-tiny midsection. Depending on her presentation, she could be in the top six or outside the top 10. Wherever she places, you can be sure she'll be smiling ear to ear.

Jamie is another competitor who has some seasons under her belt. In the past, Jamie would pose in a rehearsed, almost choreographed manner. She now presents a relaxed stage persona and clearly enjoys her time on the stage. 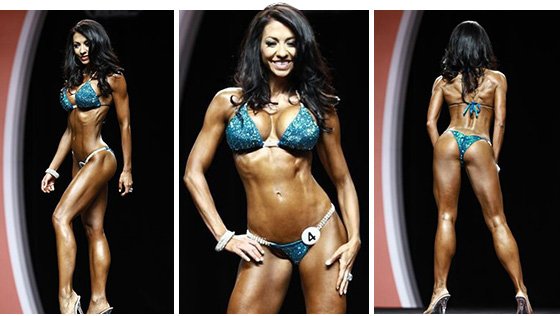 She's never finished lower than fifth, and I don't see that changing this year. She's a perfect example of what class mixed with a bit of sexiness looks like on a pro bikini stage.

Tiffany is one of the smaller competitors in the show. She often lets her nerves get the better of her. I'm never sure how she'll come in—she's finished as high as second and as low as 12th. If she can pose with ease and confidence and continue to add muscle to her frame, she'll be better prepared to compete against the best.

Abbie turned pro quickly in her competitive career, but she's since been on a rollercoaster ride. She won the Tijuana Pro in 2011, but finished 16th at the Olympia. We never know which Abbie will show up to the stage. She's one of the taller competitors. To do well, she'll need to be well-conditioned and have a perfect presentation. She was 16th at the Arnold last year, and I'm excited to see if she can improve.

Lacey is one of the rookies on the Arnold stage. Since she began competing, she has yet to finish lower than third. Lacey always presents the same package. Her biggest challenge will be balancing a tight lower body without looking too lean up top. Clearly she's bringing a look the judges like, but her physique doesn't quite fit with the others in the top spots, in my opinion. If the judges continue to reward the look she brings, you can count on her to place near the top!

Tawna always lights up the stage when she competes. She poses with confidence and is one of the few blondes in the division. She's been up and down in her placing, but consistently competes with class. At the smaller shows, Tawna always ends up in the top spots. At last year's Olympia, however, she was 15th. This year, I expect her to move up in the ranks.

Ashley will be competing in her Bikini International debut. She turned pro after winning the 2012 Team Universe show. She earned fifth at her first pro show and will definitely be looking to improve. She'll have her work cut out for her though—this is one of the most competitive lineups she's faced. If she brings a tight backside, she might make the top 10.

Lexi has continued to improve her physique. She calls Columbus home, so she has the advantage of not having to travel. Lex's highest finish was sixth at the 2012 Pittsburgh and was 12th at this competition last year. If she can crack the top 10 this year, it'll be a victory.

Nathalia always brings a toned physique with sexiness and curviness. She's become a favorite with the judges and fans alike. Genetically, she struggles to bring a tighter lower half without being too lean up top. 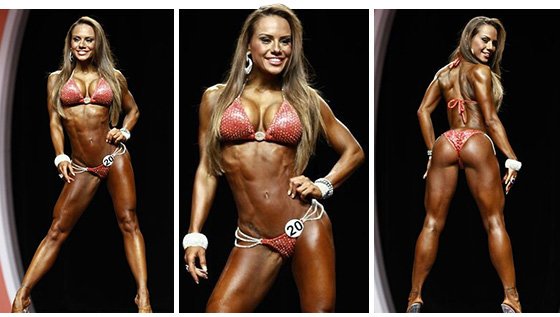 If she matches the look she brought to the Olympia, she could be your winner. Keep in mind, though, most people thought she would win last year, but she finished in a surprising fifth place.

Nicole found success straight out of the gate. She was the winner at this show two years ago. She placed second to Nathalia at the 2012 Olympia, and just won the Sheru Classic. 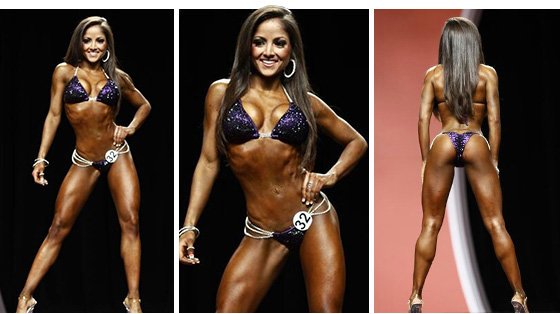 She's never finished lower than third, and I don't believe that's going to change any time soon. She brings the "cute" look to the stage, which seems to be working in her favor.

India has been consistently in the top three in nearly every show she's entered. There are two things you can count on from India: she'll wear a yellow suit and will do her signature "hip pop" at the end of her posing. 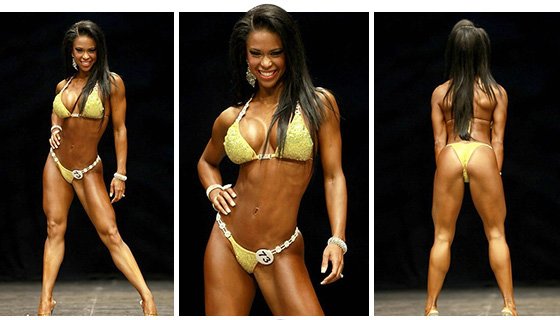 She's always a little sassy on stage. India will be one of the top contenders, but her biggest challenge will be bringing a tight lower body.

Jessica Paxson is another competitor who won't have to travel far. She is one of few women who has moved from Figure to Bikini and found success. Jessica has been competing for a number of years. At this stage of the game, she knows what to expect. Look for her to be at her best and in the hunt for a top spot.

Marcela is one of the few international competitors in the show. She successfully petitioned for pro status from her country of Colombia and is their lone representative in the IFBB Pro bikini ranks. She's a beautiful woman who presents with confidence. Her model experience definitely shows through her body awareness. Her legs don't quite meet the usual standards, but the judges haven't seemed to hold it against her. She placed 11th at the 2012 Olympia, and finished as high as second at the Tampa Pro.

Anna is another international competitor and has tremendous potential. She finished third at last year's Arnold Amateur and was second at the 2012 Prague Pro. She has an exotic sexiness about her. If she doesn't lean out too much, she'll place higher than you might think.

Yeshaira had a great competition season in 2012. She netted her first pro victory at the Sarasota Pro, and she's positioned herself as one of the favorites in every show she enters. This will be her first Bikini International, but it certainly won't be her last if she brings a physique similar to 2012.

Yeshaira is one of the few women who can successfully pull off the "sexy and cute" look. She's always smiling and you can't help but be drawn to her.