Avengers Fight Training: Jonathan Eusebio Takes You Behind The Scenes

Jonathan Eusebio knows the work it takes to coordinate a great fight sequence, and it’s not all high kicks and uppercuts. Check out this exclusive interview! 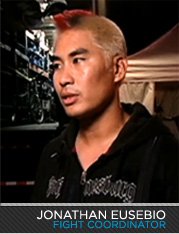 As the fight coordinator on movies like 300 and The Bourne Identity, Jonathan Eusebio's work packs a punch. Stunning choreography and well-trained actors are the trademarks of movies that include Eusebio's name in the credit scroll. Passionate and well-versed in moviemaking, Eusebio knows what it takes to make a fight scene exciting, emotional and fun to watch.

His early love of Jackie Chan and Sammo Hung movies influences the way he sees fight sequences. His background in martial arts helps him to keep one foot in reality while still embracing the no-contact camera-magic combat of the film industry.

We chatted with Canadian-born Jonathan Eusebio to get the low-down on the fight coordinating for the The Avengers. He had a lot to say about the training, the actors and bringing his own touch to the film.

Q
Can you explain what a fight coordinator actually does on a movie?

Jonathan Eusebio: We're in charge of the design and choreography of the sequences. We also train the actors and are involved in the pre-visualization of fight scenes.

Do you work mostly in film preparation or are you actually there when the cameras are rolling?

We're involved with the prep and the shooting.

What other films have you worked on?

I've worked on The Bourne Trilogy, 300, Iron Man 2, Conan The Barbarian and a number of others.

What is your background as a fighter?

I grew up doing a bunch of different things. I was an instructor in Filipino martial arts like Muay Thai, and Savate, which is a French form of kickboxing. I've also done a lot of shoot wrestling, which is a form of MMA in Japan.

On a movie set, do the main actors come to you with different levels of fighting skills?

I got lucky in a sense that for the movies I've worked on, all the actors had done a lot of action movies. They really understood how movie fighting and real fighting are different.

They had a good sense of performance when it came to understanding camera angles and stuff like that. 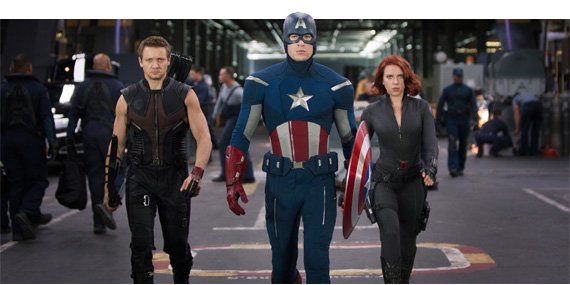 Most action heroes walk in slow-mo; these guys are so awesome, they walk in freeze-frame.

What are the main differences between movie fighting
and real fighting?

In movie fighting, you have to rely on camera angles. All of your movements have to be over-exaggerated and really wide. In real fighting, everything's really tight and fast.

You don't want to telegraph a punch in real life, but for movies, you almost have to over-exaggerate so the camera can see it and other actors can see it.

You have to retain the essence of body mechanics to what's real, but you have to adjust for cinema.

Can you do multiple takes until you get it right?

There's good and bad to using multiple takes. You can always stop and re-do a sequence, but that means you can be filming a fight scene for 8-10 hours.

A real fight only lasts 5-or-10 minutes. The actors have to work really, really long and really hard.

Especially during a movie like 300 where fighting is an enormous part of the show, right?

The thing with that movie is we trained those guys for 3-or-4 months prior to filming, so they were already in really good shape when we started filming. But still, when we're on set, the actors need to adapt to any changes in choreography and be ready to go for long periods of time.

What type of physicality does Robert Downey Jr.
bring to a role?

He's a very creative guy who's in good shape; I don't think the general public knows that. He trains martial arts, especially for action movies.

Unfortunately for Avengers, he's not actually in the suit; Iron Man is more of a stuntman. He's in the suit sometimes, but for the majority of fights I was dealing mostly with stunt people.

He brings up a lot of good, creative points which I have to utilize when I'm creating stuff for Iron Man. 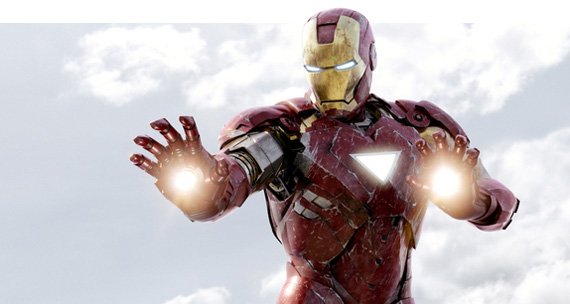 Would You Say Robert Downey Jr. is naturally physically gifted?

Yeah. I think all of them brought something to the table in terms of how they're going to move and what motivates their character to do what they do.

For me, as a choreographer or coordinator, I have to see how they move, and what makes their movements believable, and then choreograph around their strengths.

How much do special effects help with fight scenes?

They might interact with special effect elements, but these guys are 100 percent doing everything physically.

What is the relationship between fitness and fighting?

In order to get the actors to do what we want them to, they have to be in shape. We spend a good month, even before fight training, getting them in shape.

If they have the time, some actors will do both fighting and physical training at the same time. If you haven't been doing anything physical for a year, you can imagine how hard that is on the body.

I think I was fortunate enough that these guys were in shape from their prior movies, so it was just a matter of them coming in and training specifically for what I choreograph for them.

In terms of what we do with training necessities, it's just like anything else: you have to train what complements what you're going to perform. We incorporate a lot of footwork and technical stances.

Exactly. Of course actors have to look a certain way, so they need to get their bodies sculpted correctly. But in my experience, because we do a lot of these choreographed action movies, we usually work in conjunction with a trainer and their training complements what we're trying to do.

The actors need to train for specific movements, just like an athlete.