Want to know how an IFBB Pro Bikini athlete trains for one of the world's biggest shows? Nicole Nagrani describes how she trains and how she stays motivated to be her best. 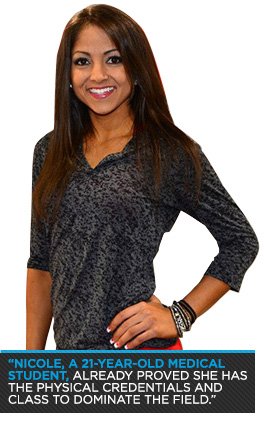 Nicole Nagrani began competing in the Fitness category when she was just 14. At 18, she made the switch to Bikini and has since become a world champion. She feels honored to receive her third consecutive invite to compete at the Arnold Classic, but she's not taking the invitation lightly. Nagrani aims to be the biggest threat of all.

Nicole earned her pro card in 2010, so she is a relative newcomer to the pro physique competition circuit. The 21-year-old medical student already proved that she has the physical credentials and class needed to dominate the field. Her positive outlook and well-balanced physique continue to bring her a growing list of accolades that include wins at both the Arnold and Olympia in 2011 and the Sheru Classic in 2012.

Nagrani feels that on any given day, any top bikini competitor can win big. This MET-Rx athlete knows that in order to win, she must ensure she does all she can to maximize her potential in all areas before stepping onstage. It is this attitude that helped Nicole become the best in her division and a legitimate contender as the best IFBB Pro Bikini athlete of 2013.

Q
You've already won the biggest shows that the IFBB Bikini Division offers. What keeps you motivated to continue competing and winning?

I want to be better every time I take the stage. I've changed so much over the years, and I always get excited to see what I can bring to the table. I have so much fun during the preparation for a show, because I train with my friends who are also fellow competitors. They help motivate me.

What is it about your physique and presence that gives you the edge over the competition?

I think my package is different from a lot of the other girls because I come from an athletic background. My muscle development and structure is better. Also, I have been stepping onstage in front of hundreds of people for many years, so I am comfortable when I compete. I hardly ever get stage fright. 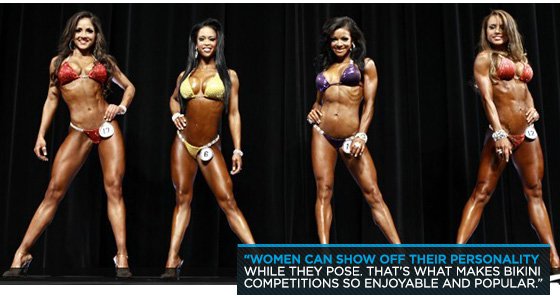 The IFBB bikini division is probably the fastest growing and most popular category in physique sports today. Why do you think this is?

I think the Bikini division is something a lot more familiar to the mainstream population. People who haven't been lifting for many years or aren't familiar with bodybuilding are still able to compete because the ideal look—toned and glamorous—is more attainable. To compete as a figure athlete, I believe a lot more time must be dedicated to increasing muscle mass and conditioning your body. During Bikini competitions, women can show off their personality while they're posing. I think that's what makes Bikini so enjoyable and popular.

With each contest you enter, does preparing to compete become harder or easier?

Honestly, it depends on what is going on in my life at the time. We all encounter obstacles and you never know when they are going to show up. It also depends on how I placed at my last competition. When I'm defending a title, my nerves get really bad.

What do you find most challenging about competing in Bikini?

Since the division is growing so fast, there are always new girls coming up who make for some tough competition. Also, I feel that there really isn't as much of a standard that the judges look for. In some of the other divisions, the standards are more defined.

What is your current training strategy? Has it changed from last time you competed?

My training varies, but never fluctuates too much. I am a Bombshell Fitness Athlete, and they judge how I need to train and what I need to tweak for each competition.

What is your dietary approach? How does this change from off-season to pre-contest?

Off-season I have more carbs, a wider variety of protein sources, and indulge in some of my favorite foods more often. When it comes to contest prep, I'm lot more strict. 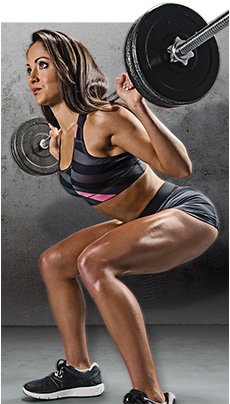 Each time you compete it is clear you have spent a great deal of time preparing to look the way you do. How extensive is your prep? How many hours each day do you invest in presenting the best possible Nicole Nagrani?

I begin to start seriously preparing for a show about eight weeks out. The amount of time I spend in the gym depends entirely on how my physique looks. I always spend an hour lifting weights five days per week. I do cardio six days per week, but fluctuate how much time I spend doing it.

Your physique and presentation improves with each passing contest. Do you make subtle modifications to your winning package or are you always gunning to wow your fans with dramatic changes?

I am always trying to improve. I also began competing as young adult, so my body has matured a lot over the years. I can't physically bring the exact same package to the stage each year because as I mature, I've noticed that my body responds differently to diet and training.

What can fans expect from you at the 2013 Arnold Classic bikini showdown?

You know, I'm not sure how to answer that. I'm gunning for my best physique yet, so I guess everyone will have to wait and see.

Who do you see as being your toughest competition at this year's Bikini International, and why?

The placements of the top athletes have changed, so you never really know. When the top competitors hit the stage, everyone has the potential to be the winner. So, I don't look at a specific person as a big threat or no threat. The win depends on who looks and presents themselves the best on that particular day. I want to be the biggest threat, so all I try to focus on is bringing my best. 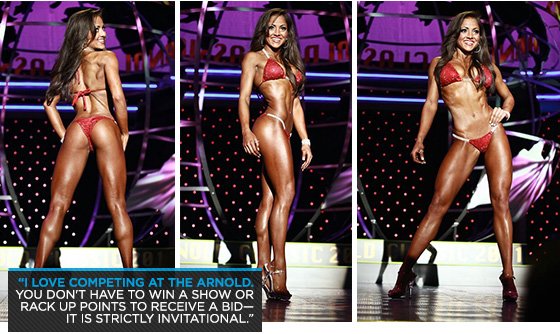 Compared to other Bikini events, how does the Arnold stack up in your opinion? What makes the Arnold one of the world's premier physique showcases?

I absolutely love competing at the Arnold. In order to compete at this show, you don't have to win a show or rack up points to receive a bid— it is strictly invitational. Therefore, you are competing against a wide variety of competitors from around the world. The Arnold is so cool because it is a show that doesn't specifically focus on bodybuilding, but encompasses every sport you can think of. Athletes travel from all over the world to compete in and watch the many different events. The energy is so exciting!

What message would you like to give to the many fans who will be cheering you on at this year's Bikini International?

I would sincerely like to thank all of my fans for all of the support and encouragement you have provided me throughout my competitive career. I am motivated daily by the love of my fans, and I am so grateful to have inspired other women to compete in the sport and pursue their dreams. If any of the fans are attending the Arnold, please stop by the MET-Rx booth and come meet me.