Ask The Muscle Prof: 'How Should I Use Eccentric Training For Growth?'

Lifters have been using eccentric-focused training as an overload technique for decades. But recent science has given greater insight into why this works, and how to make it work best. Here's what you need to know!

Q
I've heard the eccentric phase of a lift is really important for growth. Should I slow the eccentric portion of the lift as much as possible to increase muscle mass and bust out of my plateau?

Ever since I was a teenager, I've been studying skeletal muscle growth. After decade or so, a PhD, and plenty of academic studies later, I can confidently say that scientists have still only scratched the surface as to what makes this elaborate process work. Conversely, they can't say exactly what causes it to stop working, even though you are still training like you were when it was working.

Luckily, we learn more all the time. We know more than ever about the mechanisms which seem to be responsible for causing individuals to "plateau" when they were previously able to make gains so readily. Specifically, we're pretty sure it has a lot to do with a type of cell in our body known as satellite cells.

These little growth bombs are ready and waiting in your body right now. I'm going to tell you how you can activate them through optimal eccentric loading, but also why it's not a good idea to make the eccentric phase of your lifts longer than just a few seconds.

The Benefits of Eccentric Training

As many of you know, there are two active parts to a lift: the concentric (or lifting) phase, and the eccentric (or lowering) phase. Both phases trigger muscle growth, but sometimes they do it through different mechanisms; I discussed the four mechanisms in my Mass Class training article.

For example, when you lift the weight concentrically, you produce greater metabolic stress, which is why I advise people to emphasize the concentric when they are using certain styles of lifting such as blood flow restriction training.1 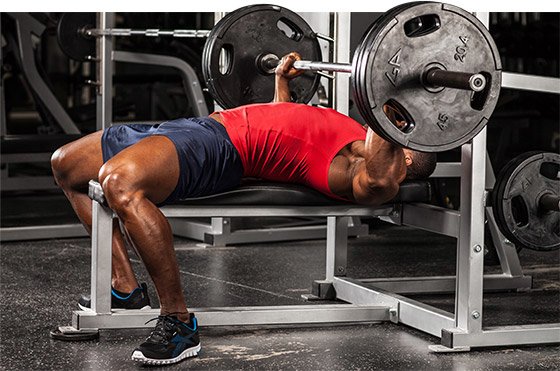 There are two active parts to a lift: the concentric (or lifting) phase, and the eccentric (or lowering) phase.

But that chemical action is only one of the ways that eccentric training works. Another, as I mentioned earlier, is through the activation of satellite cells. These unique cells are located on the outside of muscles, and they respond to damage in their vicinity by transforming into immature muscle fibers. More specifically, they move to the damaged area and fuse to muscle, becoming a part of it.5

The result is increased muscle fiber size and the addition of the satellite cell's nucleus to the muscle. The latter step is critical, because the nuclei in the muscle are primarily responsible for stimulating skeletal muscle protein synthesis and growth. The more nuclei you have, the greater your growth potential.

Sounds important, right? Sure enough, research has shown that individuals who plateau in their training can't adequately activate satellite cells.6,7 To tap into this critical cell population for growth you have to maximize eccentric loading. So let's get into how you can do that. 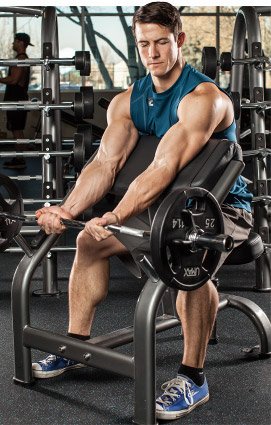 Once people learn the growth power of eccentrics, their next step is often to slow the eccentric phase down as much as possible—sometimes 5 seconds or more—in hopes that it will lead to more growth. While this is logical, it actually doesn't pan out.

As many of you know, muscle tension occurs when the contractile proteins myosin and actin bind to each other or form what's known as a "cross-bridge." The more cross-bridges you utilize, the less tension any one cross-bridge will have to bear—and the lower the muscle damage will be.

The major downfall to slowing down your contractions to emphasize the eccentric contraction is that your body has more time to form cross-bridges. The result is less damage, lower protein synthesis and ultimately growth.

Thus, my advice is to control the eccentric contraction but not to slow it down much. If you are training arms, for example, take no more than 1-3 seconds to lower the weight.

How To Use Eccentric Overload

You may have heard that you're stronger eccentrically than you can concentrically. It's a great principle to know. So are you putting it into action? 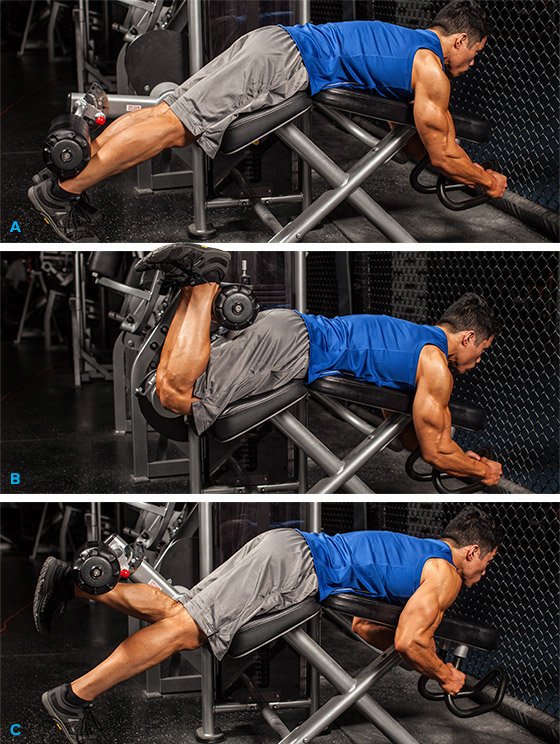 
There are a number of ways to increase the eccentric load. The classic method is to use assisted negative reps, where you lift the weight yourself, and on the way down your partner presses down on the weight. A second way is to lift a weight with two limbs and lower it with one.

For example, if you're doing hamstring curls with two legs on the way up, you can lower with only one leg.

Eccentric Training That Lives Up To The Hype

If all this talk about muscle damage has been enough to make you start feeling preemptive DOMS, you're on the right track. This is advanced training material, and it's not right for everybody. And even if it's right for you, it's not right all the time. So let's recap and get your expectations in line.

Ask The Muscle Prof: 'Is There A Better Way To Lose Fat?'

Ask the Muscle Prof: Caloric restriction may be unavoidable if you're trying to lose weight, but that doesn't mean crash dieting is the only way. Use the latest research to your advantage and get lean the healthy way!