The ladies of the Fitness division brought the best physiques and routines we've seen in a while, making it challenging for the judges and exciting for the fans. Find out who walked away with the top honors at this year's Fitness International!

Fitness competitors have their work cut out for them. Not only are they judged on their physique during the two-piece-suit round, they're also evaluated on their fitness-routine performance, which requires strength, flexibility, and creativity. Nowhere else in the physique world do "show" and "go" coexist in such remarkable fashion. 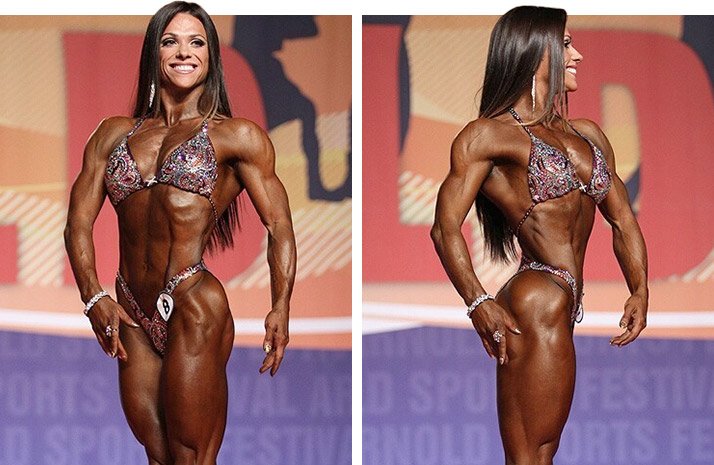 The amazing Oksana Grishina continued to make waves by grabbing yet another first-place finish, on the heels of becoming Ms. Fitness Olympia last year. Her muscular physique is always incredibly lean and hard, but she presents herself in such a way that makes everything flow well and look absolutely stunning.

She was greeted on stage by "ohhhs and ahhhs" from the Columbus crowd. Her hair, makeup, and tan always compliment her well. It was hard to take your eyes off her. While her fitness routine might have not been the most entertaining we've seen from her, her strength moves are insane and she has a high motor even for a fitness competitor. Put it all together and she was undeniably the champion of her division here at the Arnold. 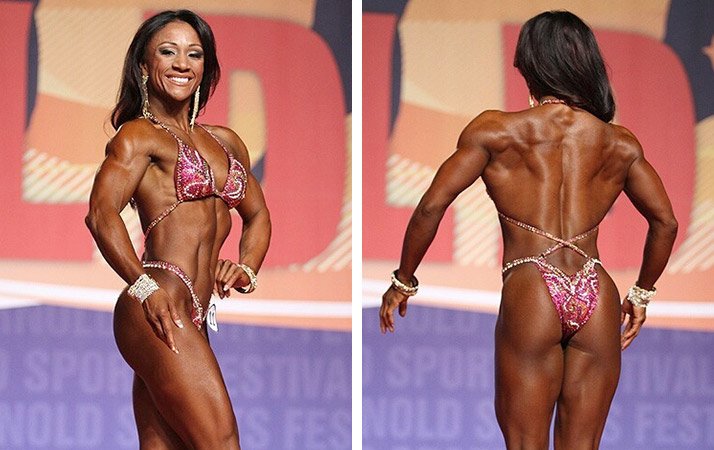 Tanji Johnson's physique is usually a little on the softer side, but this year we saw a smaller and tighter version—enough to land her in the first callouts in the physique rounds. Tanji's routines show her great dance skills, with dynamic strength moves and lots of energy. She earned second place from the judges. 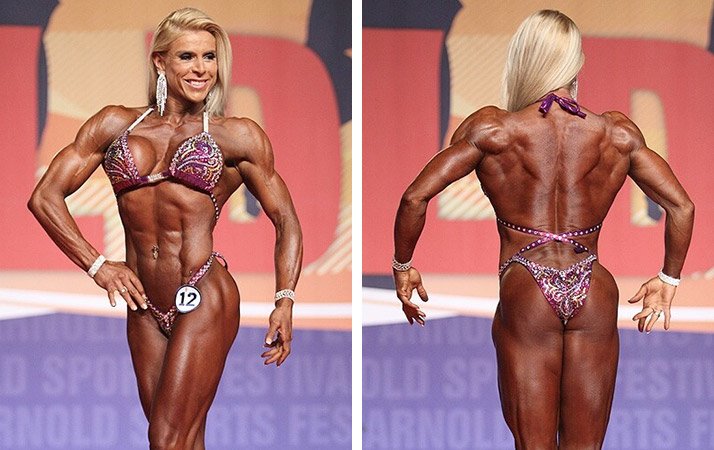 Third place went to Regiane Da Silva, who had an extremely successful 2014 season that included second-place finishes at both the Arnold and the Olympia. Regiane's routines are among the strongest in competitive fitness. Her physique could be holding her back a little, as it is one of the most muscular ones in the division. 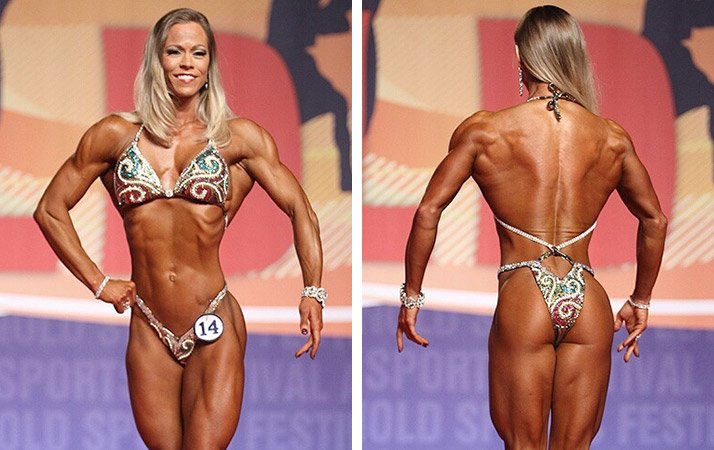 Bethany Cisternino is a familiar face at these elite fitness competitions. Undoubtedly she has one of the best physiques in the division. This year, though, we did not see the best of Bethany. It is anyone's guess as to what could have happened, but her physique wasn't where it needed to be. However, her routine was the best we have ever seen from her, complete with tremendous improvement in her strength moves. That was good enough for a fourth-place finish. 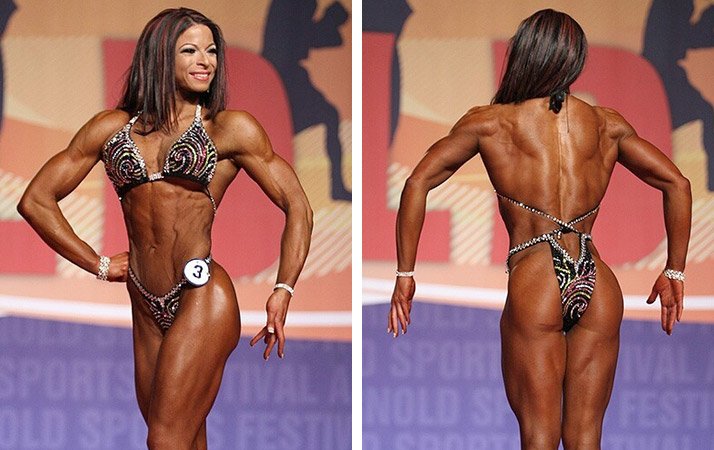 Michelle Blank was the surprise of the evening, finishing in fifth place after missing pretty much all of 2014 due to injury. Michelle's tiny waist, broad shoulders, and shapely lower body—complimented by her beauty and grace—made her stand out in this lineup. Her routine was also very strong, especially since she had just returned from an injury. She was definitely deserving of her finish at this Fitness International, and we look forward to seeing her continued growth and success. 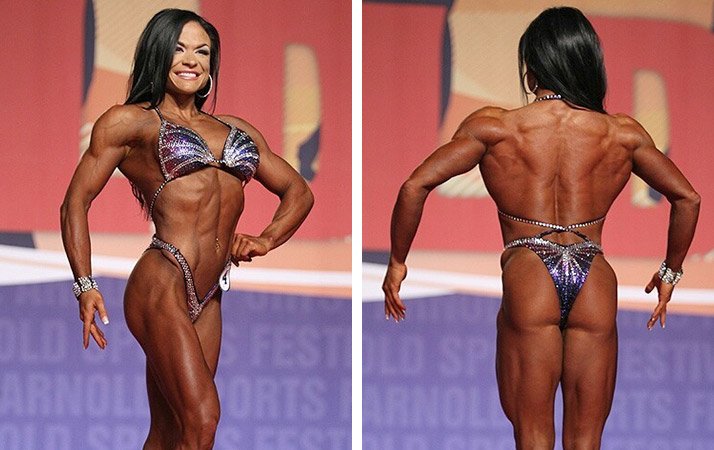 Sixth place went to Myriam Capes, who had bounced between fourth and sixth place at both the Olympia and Arnold for the past two years. Myriam's physique and routine could go either way at any given show. She was another competitor who brought the very best physique we have seen from her, which helped her move up and finish with honors.

The ladies in this year's fitness division brought their very best! We congratulate them for all their hard work and athleticism at the 2015 Arnold Sports Festival.