Success, they say, leaves behind clues. If you want to make this year the year you finally get it right, learn from people who have achieved life-altering transformations before you!

When I get to my office on any given Monday—or pretty much any other day—I find a full inbox waiting for me. Without fail, almost all of the people who've reached out to me over the weekend are asking the same question: "How do I build a better body?"

I've seen that same question posed many thousands of times over the two decades I've spent in the training and supplement industry, and I honestly never tire of it. To me, it's the telltale sign of a person who is taking the first step in the right direction. This person isn't afraid of confronting the brutal truth about his or her physical appearance and is seeking out help. This person wants to turn a negative into a positive.

Honestly, I wouldn't want to be doing anything else other than helping that person. But let's be frank: the question is only the start of a long road, and for many people, that road dead-ends in frustration and repeated failure. And yet there's no doubt that people who are unsuccessful in transforming have the same biological makeup as those who are successful. We all have 10 fingers and toes, two hands and feet, and one brain. We all eat, sleep, and sweat as we struggle to find the way from "before" to "after."

So what are the differences? Often, they're subtle and only visible after the fact. But after seeing thousands of people go down the long road from "before" to "after" over the years, I've been able to recognize what works and what doesn't—or to put it in real-world terms, what worked and what didn't. So has iSatori athlete Tiffany Garrett, who struggled to transform for years before finding her way to the fitness promised land.

Looking for information you can put into action today? You've got it. Here are seven standards your transformation simply must to meet in order to succeed, along with Tiffany's explanation of how they helped her stop spinning her wheels and helped her end up on the NPC figure stage!

Successful People: Are willing to accept the current state of their physical appearance and health and proceed from there.

Unsuccessful People: Have excuses why they are out of shape.

Tiffany: "We make time for things that are truly important to us. Until you take responsibility and hold yourself accountable for your physical appearance and health, you won't be successful. The buck starts and stops with you. For me, it takes waking up every morning at 4:30 a.m. to work out. Am I eager to do this? Absolutely not; I enjoy sleeping in. I get up because a successful person makes things happen versus waiting for them to happen.

"I established this habit a long time ago, but I still have to re-establish it from time to time. After all, there are plenty of reasons not to work out, just like there are plenty of reasons not to incorporate healthy whole foods into my diet. They're expensive. I don't have time to cook, and so on. But in the end, where there's a will, there's a way."

Successful People: Make a concrete decision that enough is enough, and they will not live another day without making a change.

Unsuccessful People: Can't decide when the "right time" in life is to make a positive change and end up putting it off. 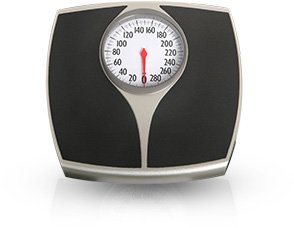 Tiffany: "In the past, I ate poorly and justified it by telling myself I'd make up for it by doing extra cardio. Then one day, I was on the treadmill, doing another dreaded 90 minutes of cardio, when I said to myself, This is it! Enough is enough! Before this vicious cycle, I enjoyed running. Now it was becoming a chore. I had to make a change fast.

"I went home, grabbed some trash bags, and emptied my cabinets of all processed, unhealthy foods. If it's not in the house, you can't eat it, right? I went to the grocery store and stocked up on healthy, whole foods. At that moment, I felt empowered. I regained control!

"Only you can decide when enough is enough. But when it finally is, you'll find that nothing and nobody can stop you."

Successful People: Make an "open" announcement to at least one person around them stating that they're going to change the way they look and feel—and they need support.

Unsuccessful People: Don't tell anyone about their commitment and keep it a secret.

Tiffany: "When I've kept my dreams and goals a secret in the past, I did it to protect myself. What if I failed? I couldn't have everybody knowing my dreams and goals didn't go according to plan—that I didn't lose the weight I'd hoped for, or I didn't get the job I'd interviewed for. I could fail in secret and live without the embarrassment.

"I soon realized that I was giving myself permission to fail. You receive from the universe what you exude. Put your dreams and goals out there, and they'll come back to you."

Unsuccessful People: Set a wishy-washy goal like, "I'm going to lose some weight and finally get in shape."

Tiffany: "When I travelled to visit family for two weeks during the holidays, I wanted to enjoy treats but not overdo it. I set daily and weekly SMART goals to keep myself in check.

"The first thing I did was weigh myself. That was my benchmark. Here were a few of my goals:

"By setting these goals, I had markers to check off regularly, but also to help me evaluate what worked well, or not so well. That, in turn, gave me the opportunity to make improvements daily and weekly. Set a goal, and then set smaller daily and weekly goals that keep you on track."

Successful People: Build a solid support system around them consisting of friends, family, colleagues, or just the staff of a qualified fitness company.

Unsuccessful People: Don't bother to enlist help from those who care about them.

Tiffany: "Your family and friends are there to encourage you when you feel like giving up. Knowing that you have someone in your corner cheering for you somehow makes failure not an option.

"I couldn't wait to tell my family and friends about my plans, and that was the best decision I could have made. On those days when I felt like giving up, when it felt as if I was carrying the weight of the world on my shoulders, I would receive a text message or a call of encouragement. Those words would always give me the push I needed to carry on. I made it to the stage."

Unsuccessful People: Use trial and error or follow a "hit or miss" that's too complex, too extreme, or simply not practical.

Tiffany: "During my health journey, I've done endless hours of research on nutrition, training, and supplements. There are so many opinions and theories out there—maybe too many. The key to success is finding out what works best for you. If eating six meals per day isn't your forte, try eating three balanced meals and one or two snacks. If you're not a fan of broccoli, don't force yourself to eat it.

"During my health journey, I've done endless hours of research on nutrition, training, and supplements."

"I like to follow the K.I.S.S. principle when it comes to nutrition, training and supplements: Keep It Simple, Sexy. If it's not something I can do without thinking, it's not the right plan for me. It should be like tying my shoe. Once it's learned, it will happen naturally."

Successful People: Accept that their plan should become a new way of life, not a temporary state of deprivation and sacrifice.

Unsuccessful People: Choose to suffer, deprive themselves, and somehow endure "the process," whether or not they enjoy it, learn, or grow.

Tiffany: "I was struggling in my 20s. I knew I needed to change something, and when I tried quick weight-loss fixes, I always regained what I lost and then some. I deprived myself so much that I'd end up eating everything in sight. 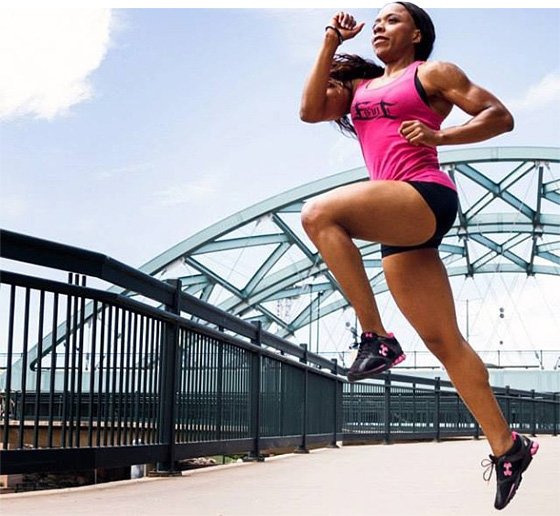 "Make small changes and participate in activities you enjoy."

"Since then, I've learned that slow and steady wins the race. Make small changes and participate in activities you enjoy. If you despise running but love skating, skate. If you enjoy swimming but cringe at the thought of the elliptical, swim. Ask yourself: Is what I'm doing something I can stick with for a lifetime? Could I continue to run 90 minutes per day while eating poorly in my 40s? 50s?

"Do what you enjoy. I can't stress this enough. If you enjoy it, it won't seem like work. You'll daydream about it, and you won't be able to wait to do it all over again."

Stephen Adele is the CEO of iSatori and has been helping individuals from all walks of life create measurable, lasting results in their physiques.