6 Ways To Use Grit To Grow

Sometimes, digging deep and pushing through the suck is the only way to survive a tough set. But if you have big-time ambitions and want to live like an athlete, you need a more sustainable mindset. You need grit!

We all love to blame genetics. Don't look like you want to look? Stupid genes. Someone else can do what you wish you could? Yeah, they were clearly born that way.

But let me ask you this: Which gene made you drive past the gym without stopping? Which one made you stop at 8 reps when you had 3 more in the tank? When's the last time a gene held you down and put fries in your mouth?

Grit has been a buzzword in parenting for a couple of years now. A gritty kid is one who is resilient, but also curious and optimistic. Those rich in grit are far more likely to meet and exceed goals, as well as to overcome challenges that stop the non-gritty in their tracks. If that sounds like something that would be every bit as useful for gym rats as it is for kindergartners, you're right.

Grit is embracing solutions where others just see excuses. It's not only helpful if you want to achieve a true transformation—it's necessary. Here's how you build it.

Take control of
your schedule

Make no mistake: This is where it all starts.

No matter how many obligations you have, you are likely in control of two things: when you go to sleep and when you wake up. If you're not, well, then you're giving that to someone else, be they Fallon or Facebook. At least 37 percent of Americans are getting less than seven hours of sleep on any given weekday.7 If you're one of them, you're setting yourself up for cognitive impairment—i.e., bad decisions waiting to happen—as well as robbing yourself of the crucial time where muscle repair and growth hormone surges happen.

Just as importantly, if you're sleeping poorly, you're almost guaranteed to be missing out on the early morning, when the truly gritty rise and prepare themselves for the day. And there's no better start than a workout.

If cardio is your morning preference, don't get sucked into the fasted/nonfasted cardio debates. Choose what feels better, do it, and have your shake afterward. Besides, recent research shows that there are no significant differences in rates of fat loss or protein synthesis between fed and fasted aerobic exercise.2,3 If you're going to lift, give yourself an extra 15-20 minutes to warm up in order to get the most out of your sunrise sets.

Sure, getting up early isn't always fun. But getting wicked strong and lean sure is. Be selfish with your sleep and make time to get your work in.

Everyone has days when there's too much going on, or they got too little sleep the night before, or they don't have enough fuel in the tank. That's life. And because you didn't smash your workout early this morning like I just advised, that training session is still there on the calendar, staring up at you.

What's the best approach here? Do you pack it up and head home, or hit the gym as planned? Three words: Just go, man. Give yourself the chance to snap out of it with a solid pre-workout drink, a dynamic warm-up, and a solid playlist. If you still feel out of sorts after that, then dial it back and perform a restorative workout.

It might look more or less like your planned workout, but with less volume, less weight, maybe some substitutions for heavy barbell lifts, and more of a focus on form and practice. Don't worry, you won't lose any ground training like this. If anything, you'll come back more inspired the next day.

Need further motivation? A British study found that people who skipped their workouts for two weeks had significantly worse moods than those who kept going.4 So if nothing else, go for sake of the people who have to deal with you all day. 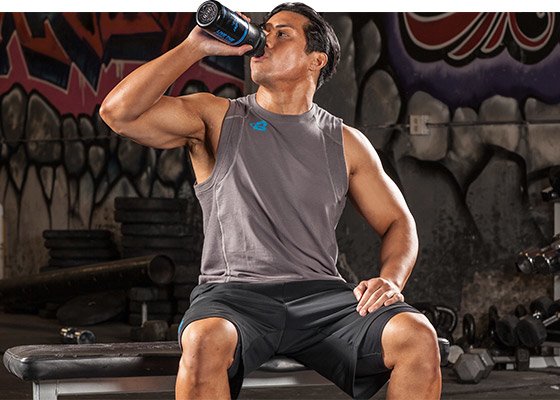 No matter their thigh circumference or the number of powerlifting trophies on their shelf, almost no one really, truly enjoys the act of squatting 90 percent or more of their one-rep max. The bar digs into your skin, your lungs go limp, and your eyes blur. No one does this for the fun of it. They do it for the swole of it.

The same applies to other old-school weight room staples like military presses, heavy rows, pull-ups, dips, and all-out sprints, to name just a few. If these moves were used in regularity—and with proper progression—by every gym-goer, we'd have seen the rise of a generation of barrel-chested alpha males and females. We haven't. 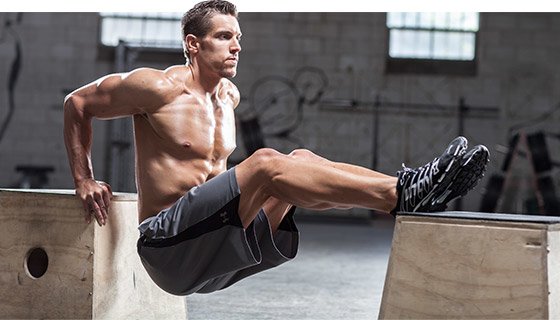 Evaluate your motives for these omissions. If something causes genuine pain or discomfort, you've earned a pass... to find a safer regression and address your weaknesses. But if your only reservation is that these moves are hard, then you need to get your head right. Setting your sights on them could be just the thing to propel you to new heights.

Eat what you know you need to eat

Is your diet a strength or a weakness? Before you start backpedaling into the usual complicated answer, let me remind you of the question. It's one or the other. There's no middle ground.

Percentages vary, but those who have "been there" estimate that diet is anywhere from 75-90 percent of your results (or lack thereof). In other words, every time you decide to go AWOL for a few days, you're setting yourself back as much or even more than if you were to skip a workout. 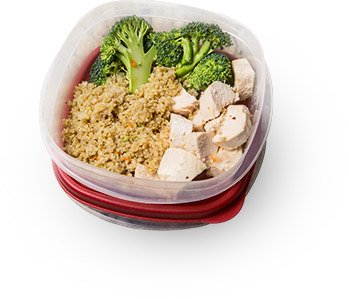 The reasons for dietary indiscretion seem legion to the non-gritty. The gritty, on the other hand, see only lack of preparation, lack of variety, and lack of discipline. To attack the first two, set a menu of healthy, tasty meals before the week starts, and make the menu come to life in a bulk cooking session. Fill up your Tupperware stack, and you're done.

To combat a lack of discipline, skip lunch with your co-workers, go to the gym, and eat at your desk. Or be willing to be bullheaded about where you eat—your friends can deal with it. Or just do whatever else you need to do to make it work. Grit it out.

Let someone challenge you

There exists among many who lift a lone wolf spirit—a deep-seated desire to prove our worth by surpassing expectations without help from others. There's a time for that, of course. There's also a time to let yourself be tested by other people, particularly when a preponderance of evidence shows that training with a partner is more beneficial.

For example, a 2012 study published in "The Society of Behavioral Medicine" showed that those cycling with (or was it against?) a training partner performed over 87 percent better than those who pedaled solo.5 A group that was told they were being scored based on the lower performing of the two riders actually doubled the productivity of those training alone.

A training partner can also offer verbal encouragement through tough workouts and lend a spot when needed to help you push your muscles past failure. And guess what? Having a partner also makes it harder for you to skip out on those early-morning workouts. Built-in competition and accountability—what could be better? So stow the ego. True grit isn't going it alone. It's doing everything possible to get better. 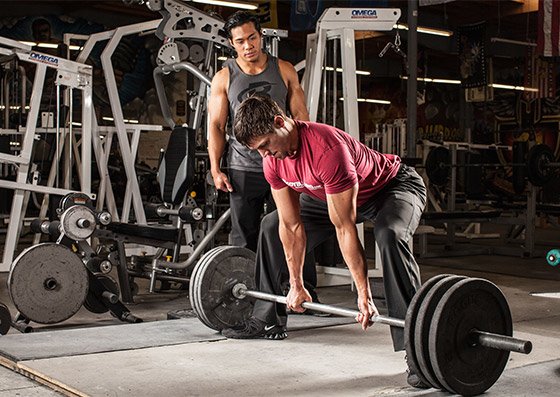 Train for strength and power

Yeah, we know you bench like a boss. But what's your vertical? Can you clean more than an empty bar? You may be thinking, "I just wanna get big and lean, not join the USA bobsledding team." But "just" training for size may actually be the thing keeping you from getting big.

For the next couple of months, try opening each body part session with 4-5 sets of heavier work in the 3-6-rep range, taking as long as 3-5 minutes between sets. Use full-body exercises such as deadlift variations, cleans, thrusters, and pretty much anything from the love-to-hate list back in #3. These movements can stimulate greater production of the anabolic hormones testosterone and GH, while also breaking down additional muscle fibers.6 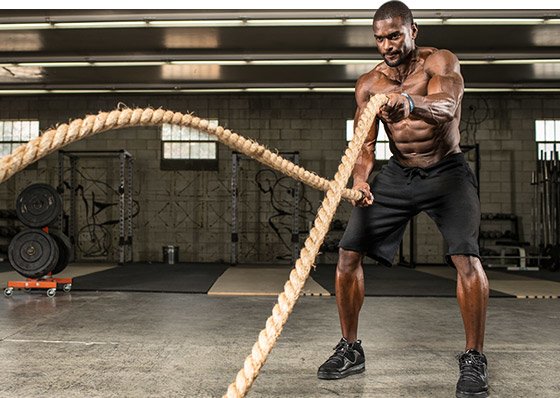 Training for power with plyometrics isn't just about building rim-reaching hops, either. Moves like box jumps, broad jumps, and speedskaters prime your nervous system to recruit more motor units for every movement that follows, a phenomenon known as post-activation potentiation.7 This can help you move more weight for more reps with familiar exercises. It's like turning your V6 into a V8 right before the race.

A warning: Mental toughness is an absolute requirement for big-weight or big-power moves, especially if you haven't trained that way before. But the payoff is absolutely worth the stretch. Dig deep, go big, and grow without limit.